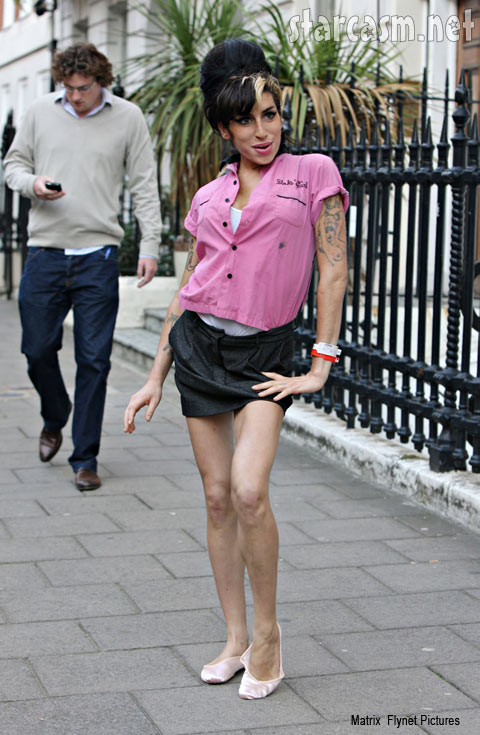 After 3 months of divorce detox, Amy Winehouse and Blake Fielder-Civil have gotten married again, via Facebook. Facebook status’s are actually powerful things. Millions get broken-up and divorced via Facebook every single day, so why not get married that way?

Even though Amy Winehouse has spread her love to other dudes (and girls) and even gotten divorced from the former jailbird/junkie husband, Blake Fielder-Civil, she’s always carried a lit joint for him. Just a few weeks she showed up outs 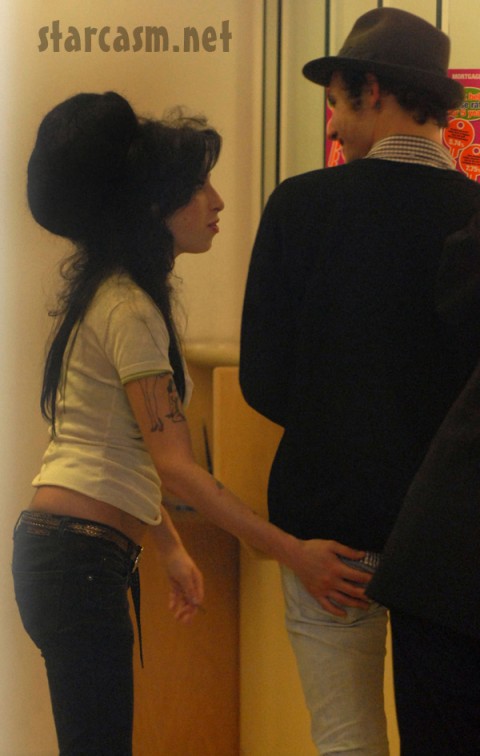 Before this Facebook union, Amy was flirting with someone else on the social media site while she recovered from her boob job: One of George Foreman’s sons, George III. They were trading Facebook pokes, and sources told the Sun that she was “gushing over him” while she recuperated at the clinic. Blake also had extra-curricular interests, he’s recently been linked to stripper Lauren McDermott.

Friends, family, fans, and everyone on the planet are concerned that Amy will go back to smoking crack with mice and eating coke-laced cotton candy now that she’s back with Blake. Her dad Mitch just made a media tour all about Amy’s improved sobriety and new boobs, but now she could ruin all her progress just by giving Blake a kiss on the neck. His pore ooze black tar heroine.

Tumultuous is an understated way to describe Amy and Blake’s relationship. They secretly got married in Miami in 2007 (back when Amy was still allowed in the States), and then hopped across the pond to Camden for sex, drugs, and violence. The pair were photographed going out to a convenience store when they were both covered in blood, and Amy has admitted to smacking him around when Blake annoyed her. He didn’t have long to get one her nerves, because he was promptly sent to prison for attacking a pub owner and trying to buy his silence with Amy’s money. While Amy pinned away for Blake and went further into a drug haze, when he finally made it out, the future of their relationship was rocky as their parents tried to keep them apart. Blake got some chick pregnant, while Amy camped out in St. Lucia being a drunk instead of a druggie and bedding a few of her fellow vacationers.

Blake filed for divorce on grounds of infidelity, and there were reports that he was trying to get his hands on a lot of her money. Maybe he was dishearted by the fact that she’s already blown most of the money she made while she was with him, and is hoping to get back with her in time for her next album to drop. I’m being too cynical here because, in Blake’s words: “You can’t argue with true love.”