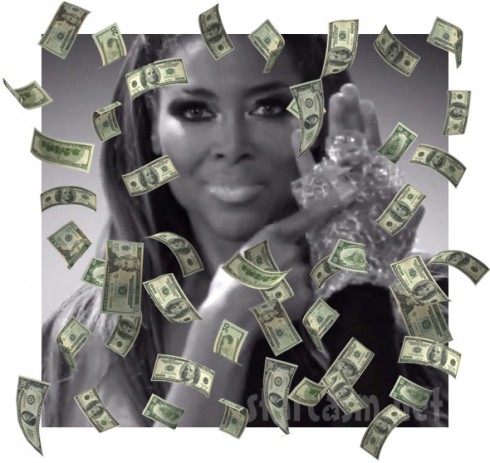 According to Us Weekly, Kenya Moore should be feeling Gone With the Wind fabulous because girl just landed a $600,000 payday to return for another season of Real Housewives of Atlanta.

The 42-year-old former Miss America could make even more than that with bonuses if the show’s 6th season ratings are high. The source close to the star said,  “Kenya is very happy to be back!” Moore joined the cast for the fifth season and quickly got the drama rolling with veteran stars NeNe Leakes and Cynthia Bailey.

Many fans of the show are calling BS on the report including our pals over at Reality Tea. In the same Us write up they stated that NeNe Leakes, Kim Zolciak and Kandi Burruss make $800,000 while Porsha Stewart and Phaedra Parks only make $50,000 (I thought maybe the $50,000 was a typo).

Moore retweeted the story about her raise earlier today fueling speculation that it’s a negotiation ploy with Bravo to make a little more money. RHOA is currently the most successful of the Housewives franchises.