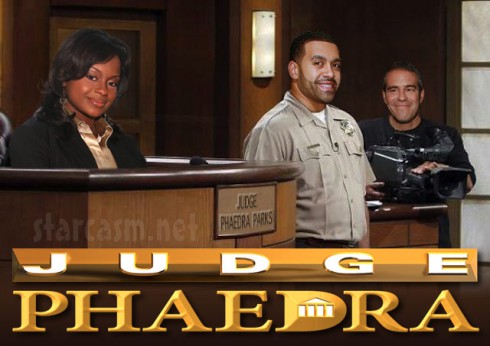 The Real Housewives of Atlanta is the most popular of Bravo’s Housewives franchises, and the show has quite the resume for generating successful side projects that include a Top 10 dance single, Kim Zolciak’s own spin-off series, Kandi Burruss’ own spin-off series, NeNe Leakes’ acting career, an autobiography best seller, the hugely successful line of adult pleasure products Bedroom Kandi, , a wig line, and two different booty workout DVDs (Donkey and Stallion). The latest RHOA product reportedly in the works? A legal-themed spin-off series starring Phaedra Parks, Esq.! 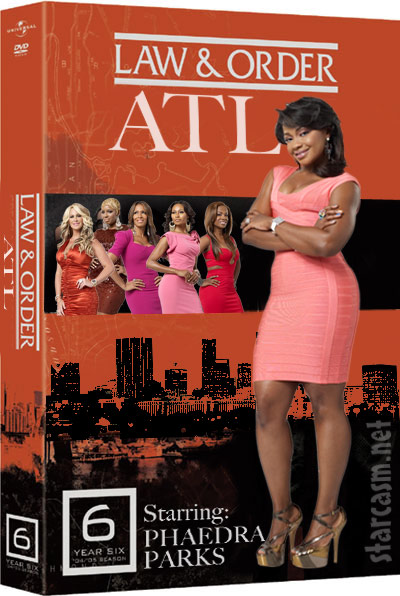 According to the ATL’s best virtual ears on the street, Straight From the A, there have been numerous reports in and around Atlanta about the new show, which will reportedly feature Phaedra in “some sort of People’s Court type show where Parks will play the mediator between two disputing parties.”

SFTA’s Michelle says “one well known ‘quasi’ Atlanta celeb” had been approached to do the show because he or she is currently involved in a pay dispute with a former maid. “Needless to say,” Michelle says, “that person was like ‘what do I look like going on television arguing with someone over money?’ and promptly told me that they turned down the producer who had contacted them.”

This reality show concept sounds absolutely ridiculous. Oh, and wonderful! I would tune in for EVERY EPISODE! Who wouldn’t want to see Judge Phaedra administering her own Southern-fried justice battered in “Mmmmm hmmmms” and country idioms?!? Everybody knows that would be AWESOME!

And of course Apollo Nida would have to be the bailiff, standing off to the side looking damn fine and constantly reacting to his wife with silent shrugs and head shaking. I even dug up a theme song that only needs a few minor alterations (Gotta change that gender!). Perhaps Kandi Burruss could lay a vocal track over it?