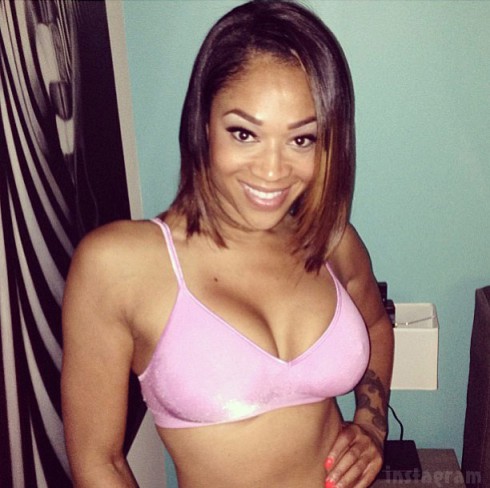 On this week’s Love & Hip Hop Atlanta Mimi Faust decided to treat herself to a “Mommy Makeover” after her ex Stevie J revealed he was taking his girlfriend (now wife?) Joseline Hernandez on a trip to Puerto Rico to shoot her music video (and get married?). So Mimi grabbed her gal pal Erica Dixon and the two headed to the office of plastic surgeon (and dreamboat) Dr. Jimerson for Mimi’s first consultation before getting breast implants. After the episode aired, Mimi took to instagram to show off her new “girls!”

In the photo above we see a very happy Mimi in a pink bra with a large smile to match her new, larger breasts 🙂 And just prior to the episode airing, Mimi shared this next photo of herself in a bikini along with the brief caption, “Sunday Funday #Poolside” 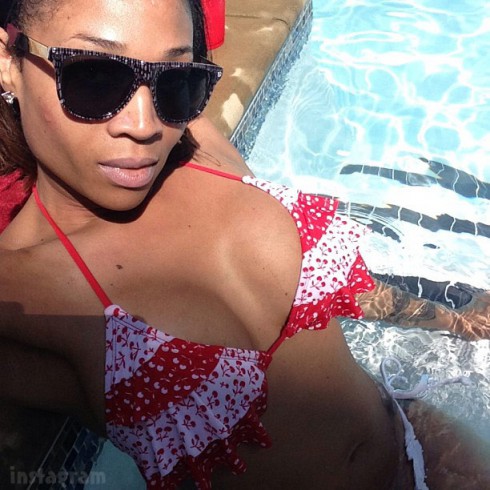 Always good to have a couple flotation devices when you go swimming! 😉

In case you missed the episode this week, here’s the ENTIRE thing thanks to VH1 followed by a transcript of Mimi Faust and Erica’s visit to the plastic surgeon’s office in which Mimi explains that she breastfed her daughter Eva for three years, and that she wanted to have the breast implant surgery to get “my girls back to where they used to be.” (If you scroll all the way to the bottom, you can find out what Mimi recently told VH1 Blog about the procedure and whether or not she has pursued Dr. Jimerson outside the office!)

(The scene with Mimi and Erica begins just after the 21:00 mark)

Mimi (voiceover): I’ve invited Erica to come to the doctor with me. I’m going to get my consultation for my “Mommy Makeover.” Let’s be clear. I’m doing this because I nursed my daughter for three years. I wanted to do something for myself, and I deserve it.

Erica: So you’re really going to do it?

Erica: Are you positive this is what you want to do?

Mimi: I’m gonna tell you what, these two girls [Mimi motions to her chest] are going to be better than those two sorry ass [BLEEP] I was dating. BAM! BAM! Any day, OK? 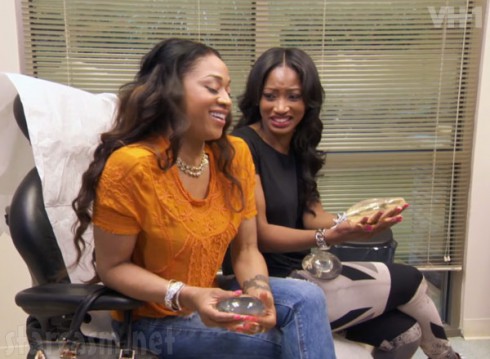 Mimi: I saw Stevie the other day. He told me he was going out of town for a while, and he’s gonna go shoot [mockingly] “Joselin’s video.” So he brings me a gift, and there’s a purse, and it had money in it, and I was just, like, “Oh. Here we go again with –”

Erica: Down that same road.

Mimi: Down the same road. Every time he gives me something you know he expects something from me. It’s not just, “here you go.” And I’m like, “You know what? I’m gonna take it and I’m gonna go get a boob job. Thank you very much sir!”

Erica: You don’t think he’s going to be like, “Yo mom! Bring them boobs over here!”

Mimi: I don’t care! You can’t take these back. You can’t tell me to go park these in the garage!

[both laughing as Dr. Jimerson enters] 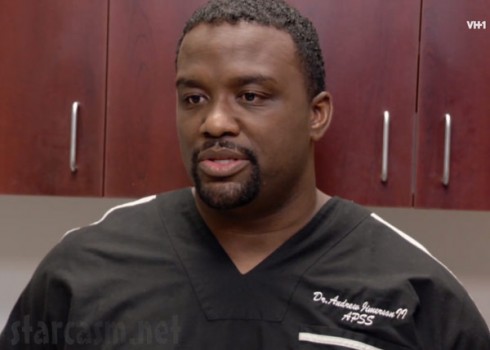 Dr. Jimerson: So how can I help you today?

Mimi: I want to talk about getting my girls back to where they used to be.

Dr. Jimerson: You want to look natural or do you want —

Dr. Jimerson: Absolutely. OK. So let me ask you a couple questions. Why are you getting this surgery?

Mimi: First things first, I’ve had a baby, and I nursed for three years.

Mimi: It is a long time, yeah! When she started to ask for it with the mouth full of teeth, I’m like “Alright girl, enough is enough with the nursing.” 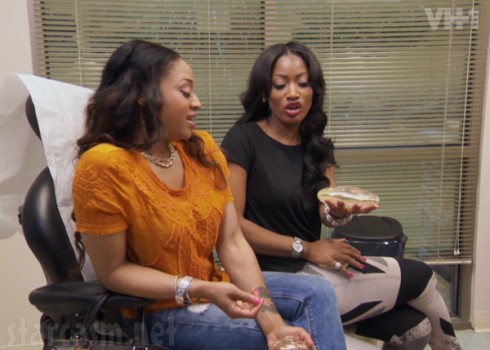 Dr. Jimerson: OK. I just wanted to make sure. We always want people to do it for the right reason.

Mimi: I have had a horrible relationship issue with my daughter’s father, but he’s not the reason that I want to get it done. I want to get this done for me. I want to be able to put on a bikini and walk around the beach with perky breasts.

Dr. Jimerson: I don’t mean to insult you with these questions, I just want to make sure that I get down to the root of the issue, because if I operate on someone who is doing it for the wrong reason, they’re never going to be happy.

VH1 Blog’s Elizabeth Black caught up with Mimi at the Love & Hip Hop Atlanta Reunion taping and asked her why she chose to breastfeed Eva for three years. “Let me tell you,” Mimi said, “my daughter wouldn’t eat, all she wanted was breast milk. She was really adamant about not eating baby food, she just wanted breast milk. I wish I would have brought my Flip Cam, I have video of when I tried to feed her baby food. She was like ‘Nope, I’m not eating that!’ But when she grew in teeth and was, you know, asking for it, I said enough is enough. When you’re asking for the boob…yeah.”

And what about the apparent chemistry between Mimi and dreamboat plastic surgeon Dr. Jimerson? Did anything happen after taping “outside the office” as they say? “He’s the best,” Mimi said, but she added that there was nothing romantic there because “He’s married.” (Collective sigh from thousands of single ladies in Georgia.)

And apparently you can check out more of Mimi and her ta-tas in the brand new issue of HOC magazine! Mimi just posted this next collage of photos from the issue on instagram along with the caption, “Check me out on the cover of HOC Magazine at HOCMagazine.com thanks @recochapple for making me look so fab!” 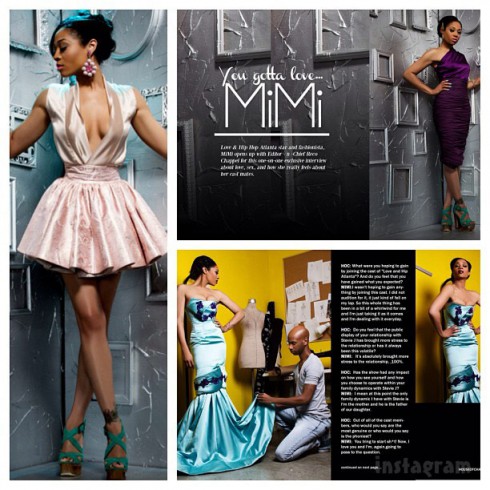 And here’s the actual HOC magazine cover with Mimi Faust — just click it to check out the issue online! 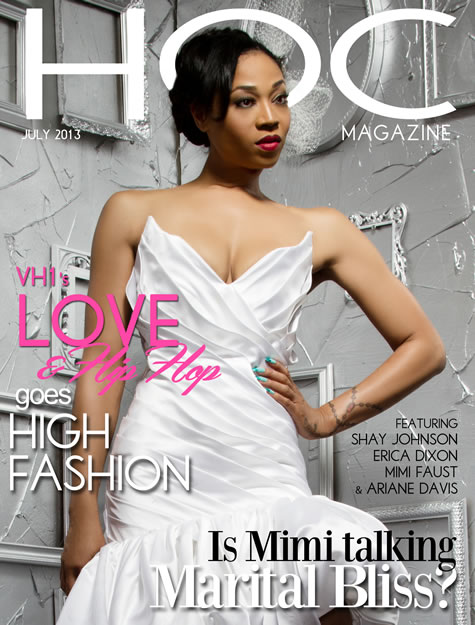 REPORT LHHATL Tommie was fired mid-season for fighting too much

Has The Situation had plastic surgery? Is he going to prison for tax evasion?