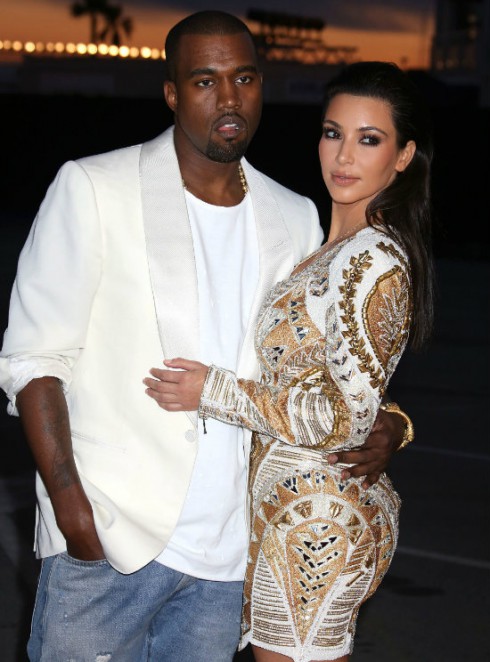 Kim Kardashian and Kanye West have a daughter together, but the twice-married mother’s in no rush down the aisle. According to a source who spoke with New York Daily News, Kim’s already turned down multiple marriage proposals from Kanye.

“He has begged her to get married a few times, it’s Kim that’s saying ‘not yet,'” the source said.

Kanye previously revealed on Kris he was infatuated with Kim long before they got together in 2012. He even drew himself on the Kardashian-Jenner Christmas card in 2010!

“I would just dream of being next to her,” he told Kim’s mom.

“Kanye is obsessed with her… He always has been.”

So, what’s holding Kim back? The PR-savvy socialite would rather be an unmarried mother than deal with another divorce. However, the source said that Kris Jenner sees it the other way and is actively encouraging Kim to accept Kanye’s proposal. With that kind of pressure, the friend believes it’s only a matter of time before Kim caves.

If and when Kim gets engaged, the wedding will be the polar opposite of Kim and Kris Humphries’ circus.

“This will be a small, private event,” the source said, adding only close friends and family will make the invite list.