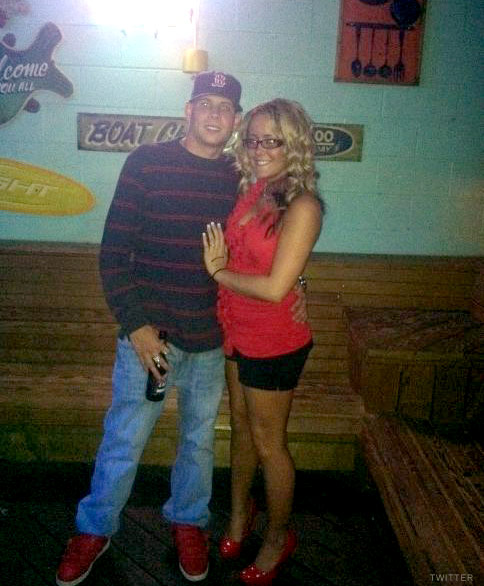 UPDATE – We spoke with Jenelle’s attorney and a representative from the bail bonding company that bonded Gary out of jail. Click to get all the details on their arrests, including what they were both charged with.

We reported last night that Teen Mom 2 star Jenelle Evans fiance Gary Head was arrested this weekend after yet another alleged dispute with her, and now Radar Online is reporting that Jenelle Evans was also arrested and spent time behind bars!

Our source close to the situation tells us the police were called after Gary “laid his hands on” Jenelle and according to Radar Online, Jenelle was found in possession of an illegal substance, resulting in both of them being arrested. The site says the illegal substance was “most likely marijuana.”

Jenelle has an extensive criminal record including numerous issues with marijuana. The 20-year-old was off of probation though and looked to be staying out of legal troubles for the first time since originally appearing on 16 and Pregnant.

Gary Head, who is still an active Marine, could face serious repercussions if he is not able to get the alleged charges of domestic violence dropped. In addition to more potential jail time, he could also face receiving a dishonorable discharge.

In response to people tweeting him about the incident and asking about his engagement to Jenelle, Gary responded on Twitter by writing, “no. I’m def not marrying her. [Jenelle] has ruined my life.”

CLICK HERE to read more about Gary’s arrest, including additional comments made by him on Twitter as well as his brother talking about bailing him out of jail yesterday.

We should have more details (and the latest additions to the Teen Mom Mug Shot Collection) later today.