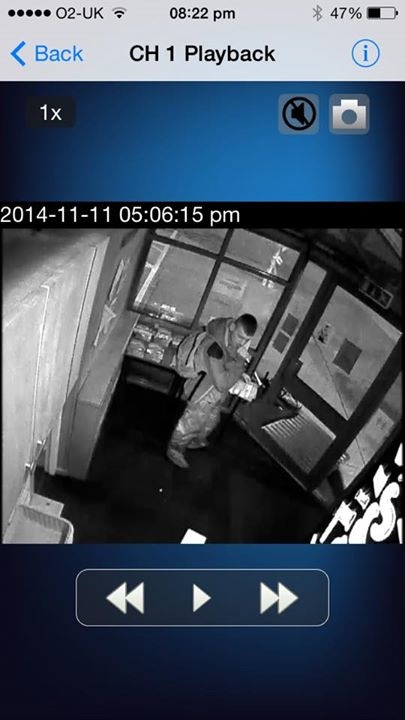 A guilt-ridden British man has made good on a dastardly November crime–and just in time for Christmas.

Darren Green, 30, of the English town of Teesville, stole a charity box containing 150 British pounds (around $235 US) from a local sports center after going to watch his son play soccer.

Surveillance cameras caught Green, above, snagging the till on November 11th. Top Corner Sports shared the photo of Green on its Facebook page, with the caption “Does anyone know this lad?”

Apparently, no one did, as Green went uncaught and unnoticed.

Until this week, when remorse pushed him past his breaking point, and he returned the entire box, with an undisclosed amount of interest included.

According to GazetteLive, Green has 41 criminal charges on his record–though the charity theft was the first since 2011.

His attorney said Green’s action sprung from “a moment of madness,” that “[Green’s] original intention was to see his nephew play [soccer]. He saw the cash and unfortunately took the incorrect decision to take that money.”

The magistrate who oversaw the criminal proceeding sentenced Green to 60 hours supervised community service, and ordered him to pay a 100 pound fine, equivalent to approximately $175.

VIDEO Florida couple surprises family and friends with a very big secret about their pregnancy: they gave birth to twins