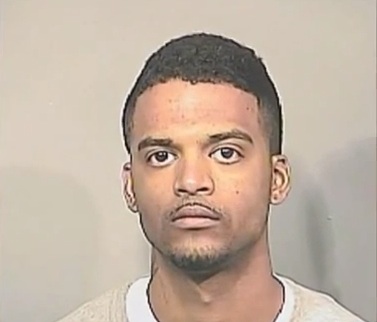 The man you’re going to read about is likely the most considerate, remorseful, penitent burglar you will meet during this brand-spankin’ new year. But, despite all his apologies and good intentions, he is also still behind bars. 20-year-old Johnathan Johnson was not in search of an exciting new name when he broke into a Palm Bay, Florida apartment–he just wanted to steal a few items, then fence them for money so his son could have a nice Christmas. Unfortunately for Johnson, he was caught in the act when the tenant returned home. At which point JJ became almost immediately apologetic.

And I walk into my room, and I find all my boyfriend’s shoes and clothes thrown on the floor. I said, “So you’re trying to rob us?” And he’s, like, he nodded his head.

The victim asked Johnson to leave, which he did. Shortly thereafter, though, he returned, so he could replace the window screen he’d punched out to get into the apartment. Then, he returned the $260 in cash he took. Then, he returned all of the missing items he’d taken along with the cash.

Ultimately, neither the woman from whom Johnson stole nor the police she called for help were moved by the man’s acts of charity-not charity. Police arrested and booked him, and reminded him that you can give back stolen items, but you’re still a criminal if you took them in the first place.

What do you, the viewers at home, think? Did JJ catch a raw deal? Does he deserve a break? Was this an opportunity for understanding squandered by all parties? What would you do if this happened to you?

Did vloggers The ACE Family fake being robbed for YouTube? (Exclusive Receipts)