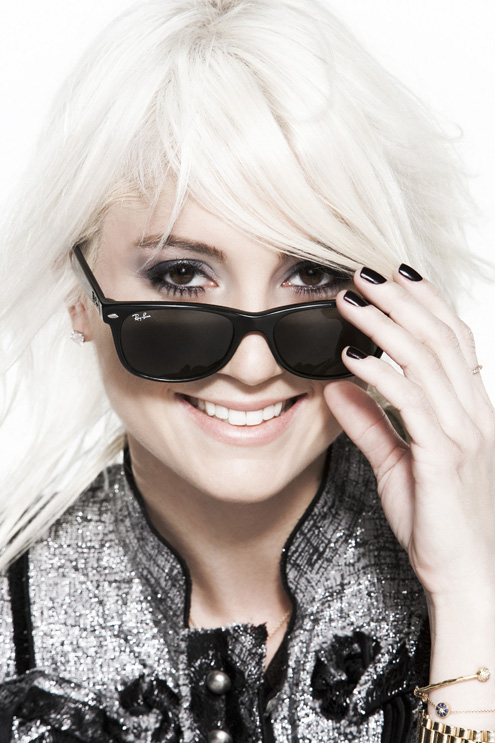 As we all prepare for the cataclysmic season 3 premiere of The Rachel Zoe Project tonight on Bravo, questions remain unanswered as to why Zoe’s assistant Taylor Jacobson (above) is no longer on the show or working for the Rachel Zoe Corporation.

When the news was first announced last November it seemed the split was an amicable one as Jacobson issued an email to friends that read, “After four amazing years at Rachel Zoe Corporation, I’m saddened and exhilarated at the same time to announce my departure. After much thought and consideration, I have decided to take the challenging leap to go off and style on my own.” She tweeted on November 6, “Today is an end of an era and a beginning of a new professional chapter. Looking forward to what the future brings…!!!”

Bravo and Zoe remained silent, with Zoe’s rep offering only this statement in response to inquiries from the press, “Taylor Jacobson is no longer with Rachel Zoe, Inc.”

Things remained quiet until March when Page Six ran a story claiming “Zoe fired Jacobson in a dispute over high-priced designer wares that went missing from the company’s clothing closet.” Neither side confirmed or denied the allegations.

Then Rachel Zoe unleashed the hounds in an interview with Womens Wear Daily in which she was asked about the theft rumor:

That was so real that I cannot even tell you how real that actually was. It was like, I hired Brad [Goreski, Zoe’s other assistant], this little angel, and then Taylor just went in for the kill. And I, like, did not see that coming. I always knew what she was capable of, but who knew that was going to happen with the camera?

And is Rach in touch with Tay?
“The answer to that would be: I would love to tell you but I would have to kill you. You’ll see it on season three.” If this is any indication of how things stand, at the mention of Tay’s new gig consulting with a denim line called Kasil, Rach scoffs: “Ugh. Oh yeah. [A line] that I’ve never heard of. I don’t care what she does. How’s that? How’s that for an answer?”

Yowch! Rachel seems to confirm the theft rumors but then describes it as “Taylor just went in for the kill.” That doesn’t really sound like a description of thievery does it?

Meanwhile, Taylor Jacobson remains hush hush on the subject, which she tells TV Guide is because of a confidentiality agreement she signed with Bravo:

TVGuide.com: So you’ve heard about the premiere. What happened there? Why did you leave?

Jacobson: Uh-huh. I’ve heard a lot about it. … For legal reasons, I’m not really allowed to discuss it, which makes it hard for me to give “the juice.” But what I heard about the first episode is pretty amazing. I heard there is ripping out of pictures and throwing them into the fireplace

TVGuide.com: The first episode contains flashbacks to your happier times with Rachel. She often referred to you as family. Are you hurt at all by how things have ended?

Jacobson: I have an answer for that, and while I would like to say what I have on my mind, I don’t think it would be good. When you work for anyone high profile, you sign a confidentiality agreement. That’s why I really can’t talk about it. I will say this: I don’t fit into sample sizes! Where did that even come from? I’m not a size zero. I have 34-D boobs! Models are flat. I don’t fit into samples. I don’t understand. It’s the weirdest thing to me. I’m fat.

That sounds like an outright denial without being an outright denial to me! It should be fun to watch the fireworks but unless they get another sexy workhorse on the show to replace Jacobson, I think viewership is going to decline rapidly after the first episode.

Speaking of which, here are a couple preview clips of what to expect tonight and the rest of the third season of The Rachel Zoe Project, which premieres this evening on Bravo at 10/9c! First up is the scene in which Rachel and Rodger tell everyone that Taylor is no longer with the company:

Hmmmmmm… In addition to Rachel Zoe insincerely describing her great love of Taylor, there seems to be a hint of what really happened. Near the beginning of the clip Rodger Berman offers this as explanation for Taylor no longer working for the company: “We’ve been getting behind the numbers and hitting the books…and frankly, things aren’t adding up.” Then later he emphasizes to Brad Goreski that as part of his new position of Style Director (Taylor’s old position), “It’s your department, but at the end of the day you are accountable for everything in that department that goes on – good or bad.” So perhaps someone in Taylor’s department was stealing? Or maybe clothes turned up missing and because she was in charge she was responsible? That seems to fit both sides of the story pretty well!

Next up is a montage clip previewing the entire season, sans Taylor:

You can keep up with all things Taylor Jacobson on her new blog “Love Taylor” at EverydayMinerals.com!