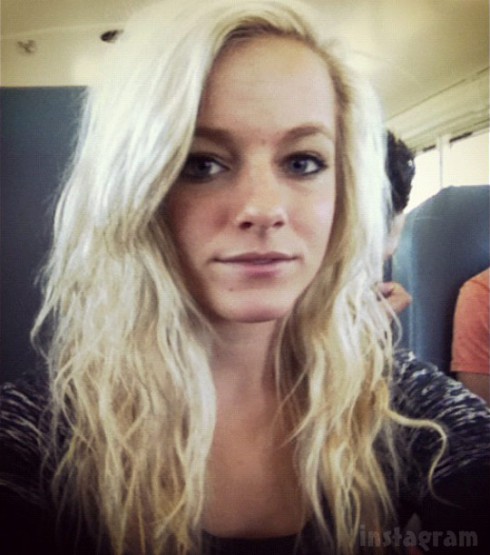 Teen Mom 3 star Mackenzie McKee is having an extremely difficult time since finding out she was pregnant with her second child earlier this year. In addition to the complications from being a Type 1 diabetic and pregnant, Mackenzie also broke her foot a couple of weeks ago and then announced on Facebook yesterday that she was attacked, writing, “A big women. . BIG… grabbed my hair and drugg me off a concrete porch on my stomach.”

Though details about the attack are sketchy at this point, it appears that Mackenzie was allegedly attacked by a woman named Dez (for short), who appears to be about three times the size of Mackenzie. (I’ve seen numerous photos of “Dez” and can confirm she is substantially more substantial than Mackenzie.) Mackenzie and her unborn daughter appear to be fine, and Mackenzie says Dez was jailed (at least for a while) after police were called to the scene. (I tried to find some sort of record of Dez’s arrest online but was unsuccessful.)

Though it is still unclear what caused the spat, a friend of Mackenzie’s commented (included below) that she was with Mackenzie at the time of the attack and that Mackenzie was at the house in question looking for Josh. Judging from a screen-capped text message posted by Mackenzie (also included below) it appears as though the incident may have happened at Dez’s house, which would seem to back up claims made by some Facebook commenters saying that Dez had accused Mackenzie of trespassing.

Here is a timeline of posts from Mackenzie including relevant comments:

Original post by Mackenzie on Friday at 6:27am EST:

I came face to face with the most evil, selfish, ugly hearted women today. Im talkin three of me. But God must have an amazing plan for this baby inside me cause through the bad blood sugars, stress, and tonight shes still kicking;)….. hope she has fun in jail

Mackenzie: I cant get that pony tail and man hand grabbing me out of my mmind. I mean was it the devil or the trunchbull . Lol with my broken foot swollen leg and half my hair gone im someohow laughng and eating our sour punch straws. Love you your the best

Commenter: What happened to you?

Mackenzie: A big women. . BIG… grabbed my hair and drugg me off a concrete porch on my stomach. But me and baby are alive and that’s all the matters. Her name was dez**** ******* I dont think I spelled I lt right

Commenter: I would have went to jail if someone did that to Tess. Man of women they would have had to deal with me, someone would have payed for that. Glad your ok and so is the baby.

Mackenzie: I would of faught back but shes like 300 pounds and evil and I have a broken foot and a baby in me.

Mackenzie: No she calld the cops on me and then beat … she thought I only would get in trouble. Of coarse I told the cops what she did. Lol.

Mackenzie: Im going to the doc I havnt felt her move but no oyher signs

Mackenzie: She needed to go in for attempted murder. To the baby

Macknzie: Im sure she is already out of jail

Mackenzie: Ya they are sisters.

Justine: Ashley…you crack me up. And yes me and kenzie are friends. I was there with her…took her there to find josh and yes I stood up for her. I’m disowned by my own family…but I will always stand up for my morals and beliefs and what is right and not who is right. That’s exactly what I did..!

Not to mention my order number today was 666 and if I didnt meet the devil herself tonight, I dont even wanna know how ugly and evil the real devil is….. no I think I I really did meet the devil

Mackenzie then shared this photo of an alleged text conversation between Dez and her sister prior to the attack. The text messages appears to be from just before midnight Thursday night, Mackenzie posted the photos on Facebook Friday afternoon before 3pm EST. 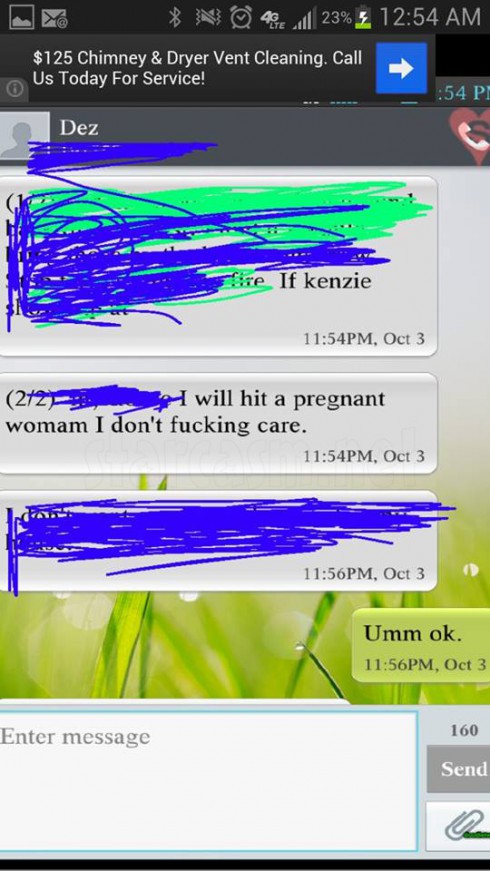 It’s a little hard to read, but I believe it states, “If kenzie shows up at my house I will hit a pregnant womam [sic] I don’t f***ing care.”

Mackenzie: No caption needed really? All the proof right here;) what dez sent to her sister before action took place. Ok now that people know hoe sick she is im done

Mackenzie: Shes way over 18 and a good 300 pounds lol. She already did it and went to jail fot a few hours. Id say she should have went int fot attempted murder to the baby. But o well. Karma will get her. But I posted this cause she put on her statis that she would never touch a pregnant person. So she can explain this text to people that evil girl.

Michelle: Next time text me I be there in 2 minutes. For u girl

Mackenzie: Wish u would have. She deserve s her face smashed in. If she would have harmed my daughters I would have made sure she was harmed just as bad.

Mackenzie was able to recover enough to attend the Tulsa State Fair with her husband Josh McKee and son Gannon yesterday afternoon and the rodeo that evening. She shared a number of photos, including a collage and an awesome hay bale photo of cowtot Gannon: 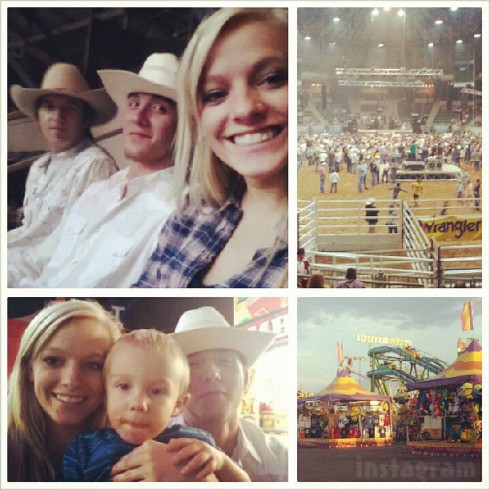 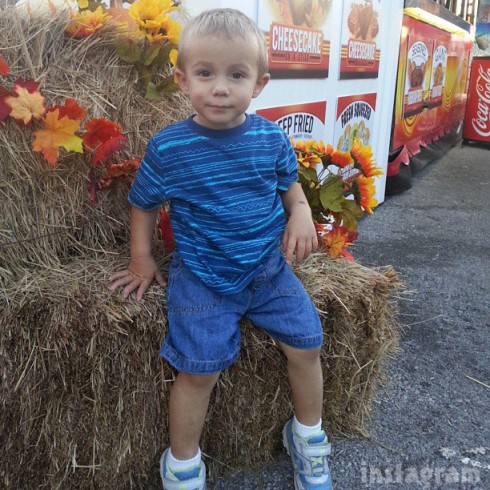 Mackenzie: He is so perfect. Such a blessing in my life. I will love him with my whole heart forever

In addition to the physical issues Mackenzie has been suffering from over the past few months, her Facebook posts would seem to indicate her situation is taking a mental toll as well. On October 1 she posted this message on Facebook:

She’s also been experiencing some bad dreams, as indicated by this post from earlier in the day on October 1:

I know you have weird crazy dreams when your pregnant, and I know your hormones at this time can get the best of you, but I had a dream last night that I stabbed josh with a dull knife and buried him alive, and i also know your dreams are the last thing you think about before you go to sleep. Uhh….

On September 25 she wrote a post that seemed to foreshadow the bad dream:

Hang in there Mackenzie! You’ve got thousands of fans rooting for you, not to mention your family, friends and your Teen Mom 3 sisters!!! If you’re reading this Mackenzie, then here are your own words from September 25 as a reminder:

Friends are very important in a girls life and I got told the day I got pregnant i would lose all my friends, so I spent lots of time praying about it and God sure blessed me with the three best friends any girl could ask for. They are all strong mature women who know more about life than partying. But they sure know what a good time is. They know what the mommy life is like. And I can actually trust them with my deepest darkest secrets. They check on me when they know life is rough and I dont know what I did to deserve them. They will be by my side through it all tell the end. Love ya girls;) Jordan Hargett Cayla Bowman Justine Enyart

Now, everybody go send some love Mackenzie’s way on Twitter!