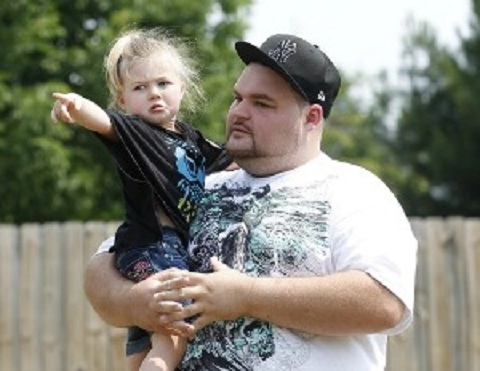 Teen Mom star Gary Shirley has a lot on his plate. He is dealing with the fallout from Amber Portwood’s jail sentence while at the same time trying to be the best daddy to his and Amber’s 3-year-old daughter, Leah. As if this wasn’t enough, he is receiving some criticism from his followers and has decided to set the story straight.

Is he dating anyone right now?

First, Gary took to Twitter to tell fans he is “not in any relationship. I’m Single. A girl has to be very damn special after everything I’ve experienced for me to b w her.” This January Gary seemed really into a girl, and this March he participated in a pretty tongue-in-cheek dating rating game, but it looks like Gary actually isn’t ready to settle down with anyone yet.

His relationship with Amber had been quite toxic. When they were together, they were always fighting — Gary was even assaulted by her in front of the Teen Mom camera crew, which led to a snowball of legal problems for Amber, who has also struggled with mental health and addiction issues since she was a young yeen.

After getting out of his long-term on-again, off-again relationship with Amber, Gary needed time to heal. Even though it has been a while since his last split with Amber, he is still not ready to date unless he is absolutely sure about the girl. He tweeted, “I don’t want someone in and out of a relationship ever again Leah doesn’t need anymore confusion.” Leah will be nearly 6-years-old when she is finally reunited with her mom again, and that is only if Amber receives time served and awarded parole, which isn’t guaranteed.

Regarding accusations that his mother is the one who is raising Leah, Gary says, “I do have a great mom. But she doesn’t raise my kid. She has her own house, job, life.” Leah lives with Gary full time but every now and again, his mom watches her. Everyone needs time to themselves — especially when they are acting as both mommy and daddy to a young child!

Tune in to see more of Gary Shirley on tonight’s new episode of Teen Mom on MTV at 10/9c.