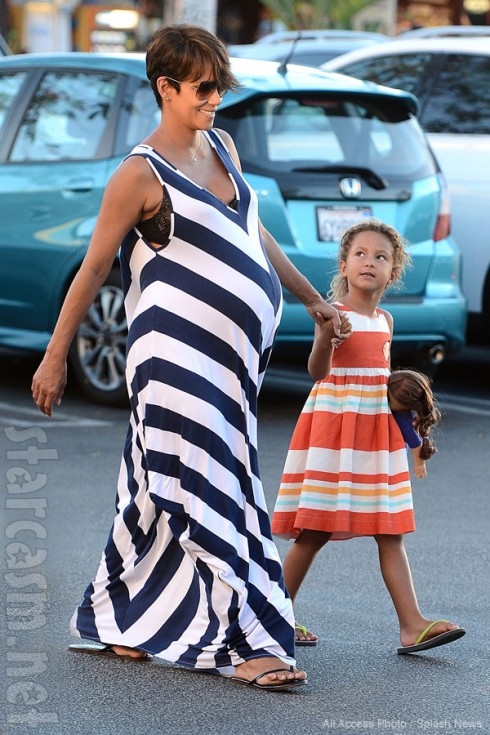 Halle Berry’s rep has confirmed the 47-year-old actress gave birth to a baby boy Saturday night at Cedars Sinai Medical Center in Los Angeles. Halle’s husband Olivier Martinez has reportedly not left her side and Halle’s 5-year-old daughter Nahlia (seen with her very pregnant mom above two weeks ago) met her little brother earlier today. The name of Halle Berry’s little bundle of joy has yet to be revealed.

Here’s a video report on the birth from E! News:

Halle talked with CNN about the pregnancy back in April, just after publicly revealing the news. “I feel fantastic. This has been the biggest surprise of my life, to tell you the truth, thought I was kind of past the point where this could be a reality for me. So it’s been a big surprise and the most wonderful.”

In other Halle Berry news, the Oscar-winning actress surprised a lot of people when it was revealed last week she would be returning to the small screen with a lead role on the CBS series Extant. The show is from Steven Spielberg’s Amblin TV and CBS Studios, and the acclaimed director was thrilled to have Halle on board. “There’s only one Halle Berry and we are incredibly honored that she has chosen Extant to expand her illustrious career,” Spielberg said. “As she does with everything she touches, she will bring a deep authenticity to her role and I very much look forward to working with her.”

CBS Entertainment president Nina Tassler added, “Halle is the type of award-winning actress you dream of collaborating with for an event project such as Extant.”

“I’m always on the lookout for amazing roles and when you see material that contains this strong of auspices, nuance and complexity it compels me to run toward it no matter the medium,” Halle said in response to the announcement. “For five months a year I’ll get to live with and play this incredibly intelligent and vulnerable woman, and for the remainder of the year I’ll continue to look for other roles that move me as deeply as this one.”

According to Deadline.com, Extant “centers on an astronaut (Berry) who returns home from a year-long solo mission in space and tries to reconnect with her husband and son in their everyday life. Her experiences in space and home lead to events that ultimately will change the course of human history.” 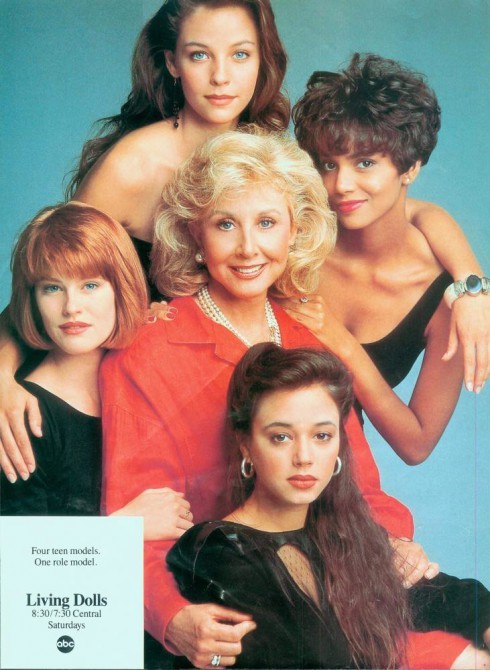 Her return to television for Extant will mark the first time Halle has had a recurring role on the small screen since playing Debbie Porter on Knots Landing in 1991 and her first permanent role since playing Emily Franklin on 12 episodes of the Who’s the Boss? spin-off series Living Dolls in 1989 (cast photo above).

Gabriel Aubry threw the first punch, according to police report