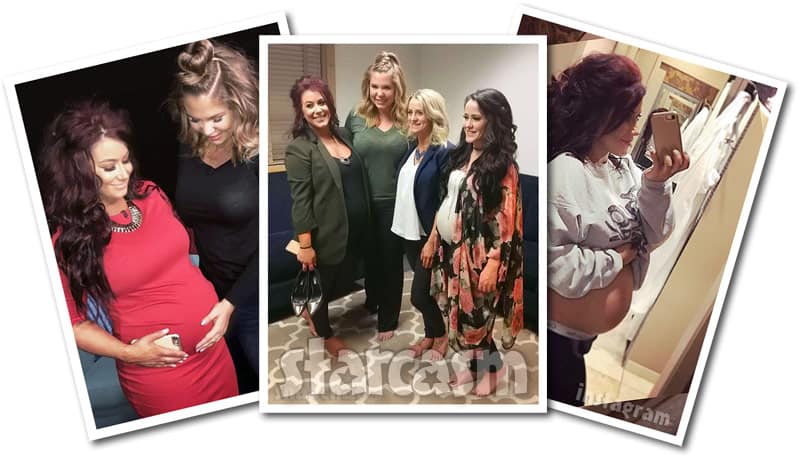 The cast and crew of Teen Mom 2 have wrapped up their Season 8 Reunion show filming, which included the actual Reunion, an “Unseen Moments” special, a celebration of the show’s 100th episode, and a new “Ask the Moms” special in which audience members asked the moms questions. Although fans will have to wait to see all of those on the small screen, we did get treated to what have been a relative rarity over the past few months in the form of LOTS of photos and videos of Chelsea Houska DeBoer’s growing baby bump!

Here is a photo and a video of Chelsea with Kail Lowry in which Kail gets her bump rub on: 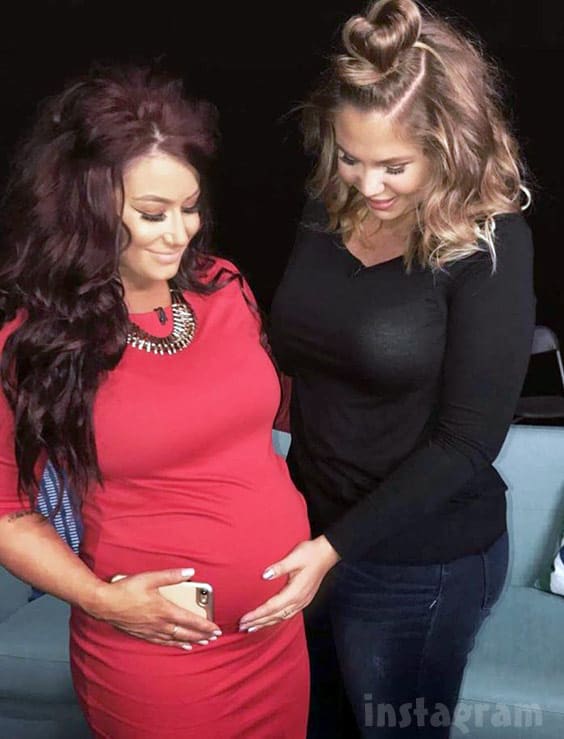 (On a side note unrelated to the bun in Chelsea’s oven, dem moms is lookin’ on fleek yo! Amiright?)

And speaking of “dem moms,” here is an all-barefoot cast photo of Chelsea with Leah Messer, Kail Lowry, and Jenelle Evans, the latter of which is also showing off her quickly cooking oven bun: 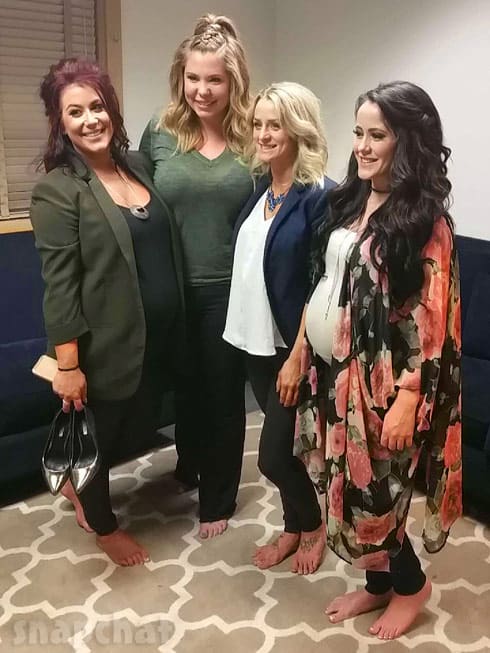 Oh, and if there was a day of the week that started with “P” then Teen Mom 2 producer Mandi would most certainly get a Producer Crush shout out from us — just like Kiki! (Wait, that would be a #PCP hash tag, which could be misconstrued.) Anyways, here’s Mandi with Chelsea: 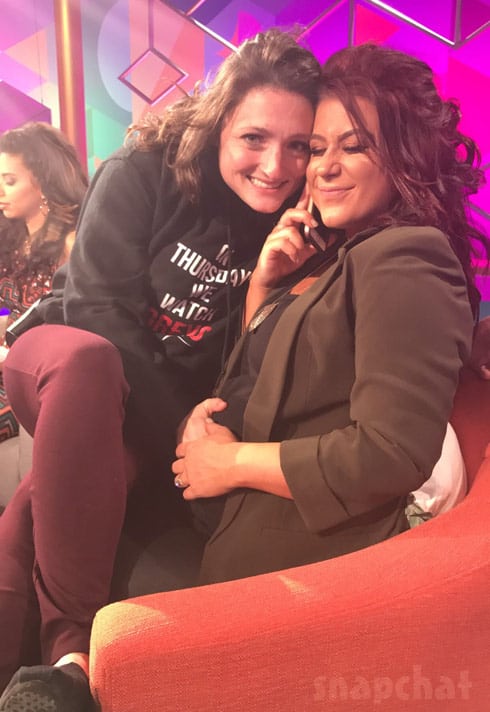 Although there were lots of great shots with her Teen Mom 2 co-stars and crew members, the most revealing came via Chelsea herself with this bare-bumped selfie posted earlier today: 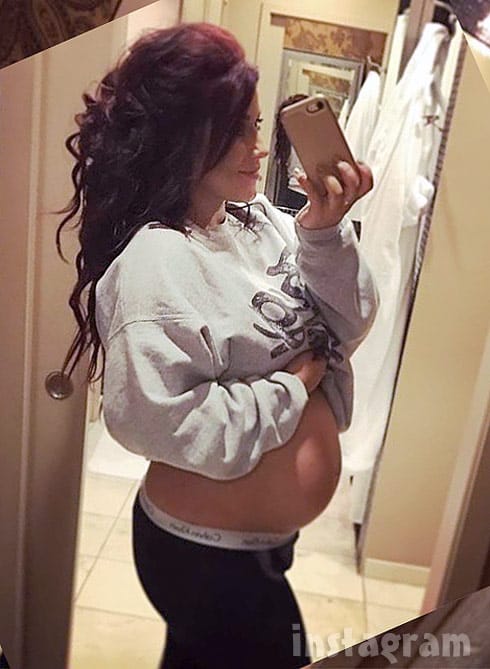 “27 weeks!” Chelsea wrote in the caption. “I cannot wait to meet this sweet little boy!”

Chelsea also shared this great profile shot on Snapchat along with the accurate text “This child is a growing machine:” 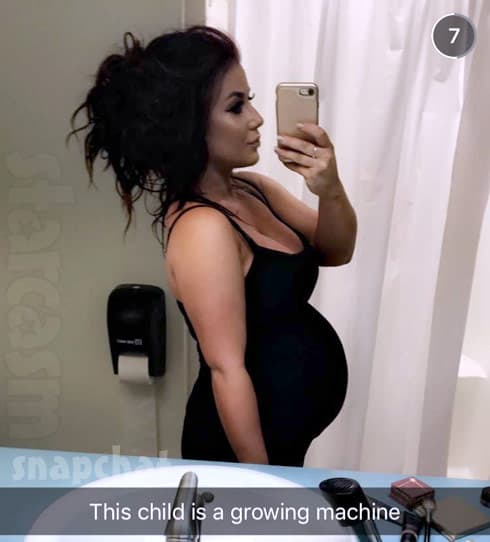 Dad-to-be Cole DeBoer was also in attendance at all of the tapings, but just like prior seasons, he declined to be filmed. Producer Mandi was asked whether or not Cole taped on Twitter. “No he didn’t!” she responded. “But he was here supporting our girl!!”

And just so we don’t get accused of having too much of a mom bias, here’s daddy Cole with Mandi keeping it man-casual: 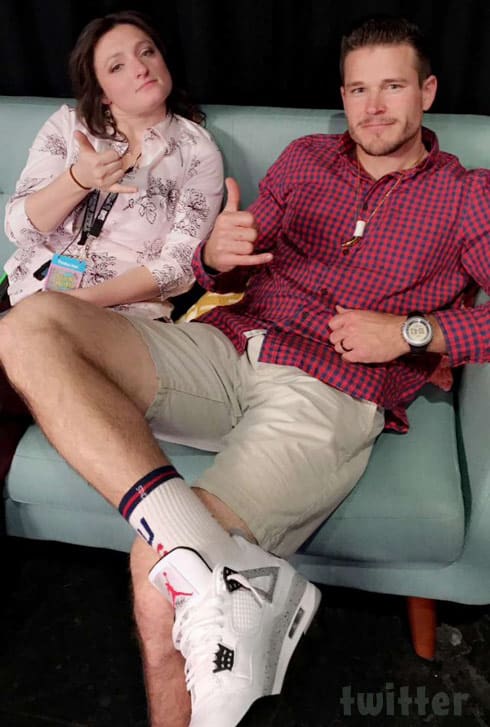 @ChelseaHouska, you should post a video of you singing!! I want to hear what all the talk is about. ?? I bet you're an amazing singer. ? pic.twitter.com/EK4REK33HE 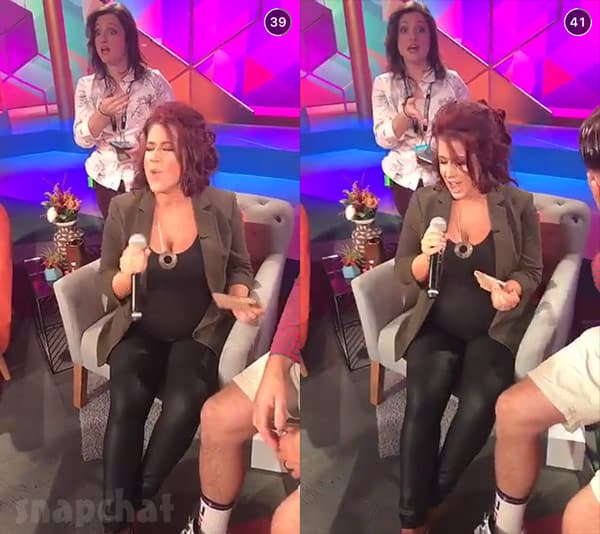 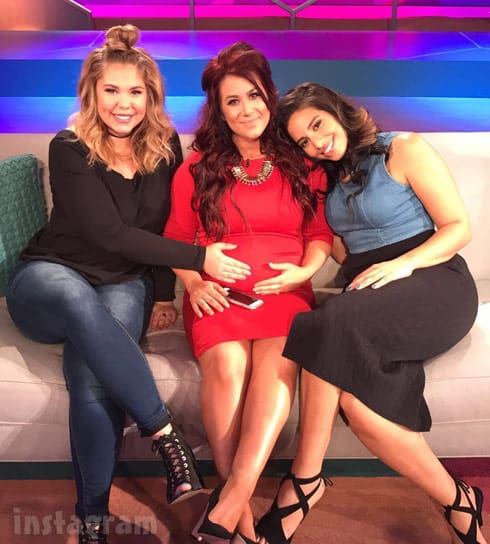 Thanks to Chelsea and her pals for sharing so much this weekend! We can’t wait to see more and meet that lil chunk of Cole soon!

Full cast of Teen Dad special revealed, plus how to get tickets!