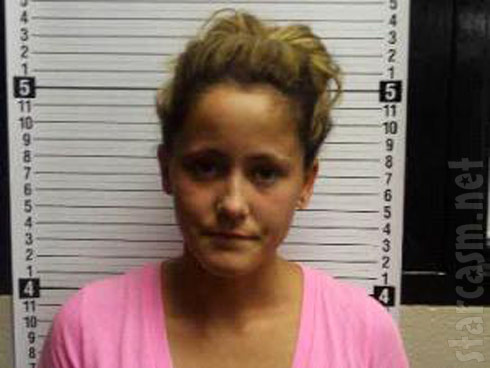 As we previously reported, Teen Mom Jenelle Evans found herself behind bars again last night (Aug 8 2011) for violation of parole. At the time of the post there was no word on what that violation was but now Evans’ attorney has released that information.

TMZ spoke with her lawyer, Dustin Sullivan, and he stated that Evans had a meeting with her parole officer yesterday and tested positive for marijuana and opiates. She was held on $10,000 bond and has since been released.

This latest arrest came after a major blow up online between Jenelle and her ex Kieffer Delp which began with trash talk via Facebook that included posted phone numbers and it bled over to Jenelle’s Twitter account. Jenelle had already faced problems with parole violations for testing positive for the drug THC found in marijuana before.

Marijuana has been a consistent habitual problem for Jenelle even dating back before her 16 & Pregnant episode. We have an exclusive video of Evans smoking what most certainly appears to be a joint that pre-dates her TV fame. You can see that here.

Where are they now? JaMarcus Russell arrested in Mobile