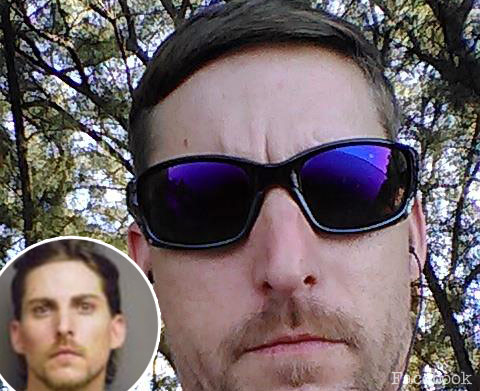 Florida man Triston Horne was spending the night at his ex-wife’s house when things, and a sex toy, broke bad.

According to a probable cause affidavit obtained by TSG, the pair got into a heated argument in his ex-wife, Misty Clark’s, bedroom. Clark went to the bathroom to compose herself but Horne busted in accusing her of cheating on him–with a sex toy.

After allegedly twisting Misty’s wrist, Triston went back to the bedroom and procured the item in question. He stormed back into the bathroom and proceeded to snap the toy in half just before walking away.

With help from her teenage daughter, Clark was able to get Horne out of the home. Clark later told police she and Horne used to be husband and wife, until she “later learned that Triston was already married to another person and that their marriage was null and void.”

Horne has taken to Facebook to tell his side of the story and the subsequent fallout has turned into a massive “You probably shouldn’t be airing all of this out on social media” situation. For example: 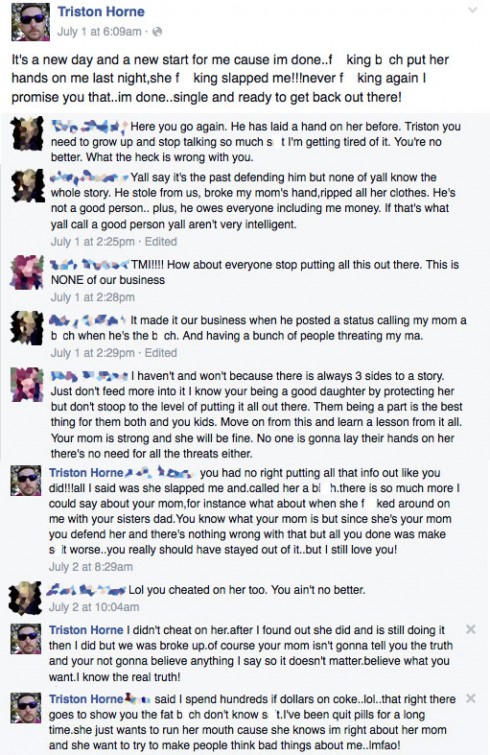 A couple of days later, Horne, who lists among his Facebook likes “World’s Dumbest,” “Dude, WTF,” and the Confederate flag defending site “Heritage Not Hate,” warned his friends not to believe what they read in the papers:

Horne was arrested and charged with misdemeanor battery. TSG mentions that Horne has been arrested three times on separate domestic violence charges, but that the charges were eventually dropped in each instance.