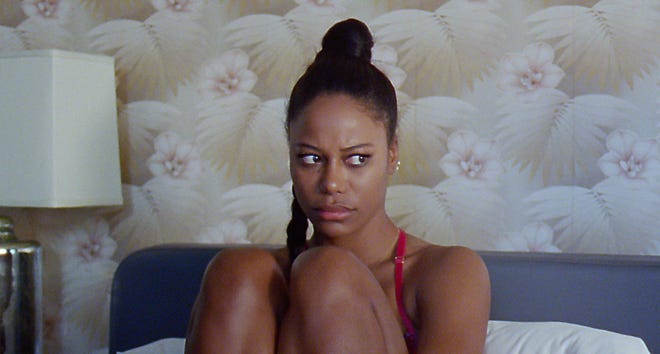 The film Zola is a nonstop dangerous adventure of a Detroit waitress and part-time stripper who is way too trusting of a new friend. It’s based on a true story told via a Twitter thread in 2015. The pimp depicted in the Twitter thread and movie has sexually trafficked other women, and is currently serving time in prison for his actions.

What is Zola based on?

In 2015 A’Ziah Wells King, who was working as a Hooter’s server, took to her Twitter account @_zolarmoon to tell the world about an almost unbelievable series of events in her life.

“You wanna hear a story about how me and this bitch fell out? It’s kind of long, but it’s full of suspense,” A’Ziah started out the thread, which is also the first line of the movie. She then proceeded to captivate the world with not only the story’s neck-breaking twists and turns, but also her incredible storytelling skills. 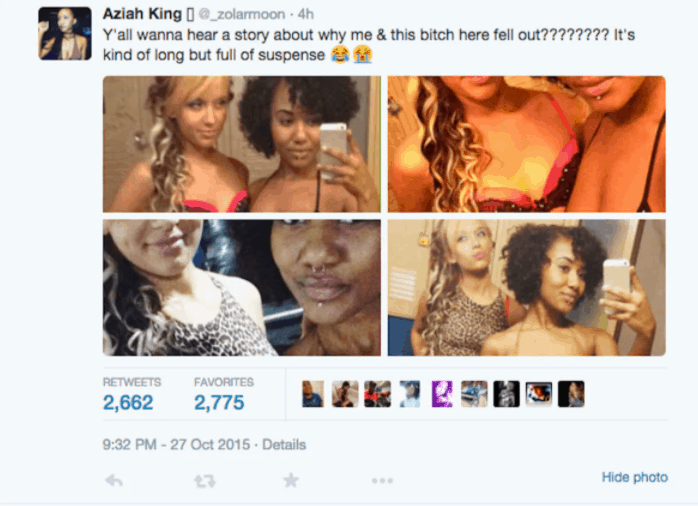 The original thread is archived here.

To summarize, after A’Ziah met Jessica at Hooters, Jessica invited her to go down to Florida to earn lots of money stripping. A’Ziah had experience stripping and was intrigued the chance to earn a lot of money quickly, so she decided to join Jessica, her boyfriend, and a dude she claimed was her sugar daddy, who turned out to be Jessica’s pimp.

They went to strip club but didn’t earn much money. Afterward, A’Ziah was shocked to find that the selfies Jessica took of them at the strip club were used by Jessica’s pimp to create a Backpage ad. A’Ziah says she didn’t want to participate in this, but she stayed to protect Jessica. She was also shocked to see that Jessica’s fee was only $100, so she took more photos of Jessica, and relisted the ad asking for $500.

She says by the next morning Jessica had main $5500, and she gives it all to her Sugar Daddy. He was surprised by the amount however and gives A’Ziah $500 of it because he’s impressed that she helped Jessica make that much. As often happens with pimps, he kept all of the rest of the cash and told Jessica that she owed him rent.

They then go back to the run-down motel where Jessica’s boyfriend was staying and find him talking to another dude. Later that same dude tries to kidnap and murder the whole group for encoraching on his territory.

A’Ziah is now 26 years old. She has left both stripping and Hooters to work full time on this movie. She served as an executive producer, worked closely to get her story told via the film, and is now focusing on promotion. The film was actually supposed to be released last year but got delayed because of COVID-19.

She is also currently busy being a mom to her two daughters. Her youngest daughter was born just this year, and her oldest was born in 2016. In May 2020 she released a 5 track EP titled Zola, and also has an OnlyFans.

In March 2016 A’Ziah married a man named Sean, who also works as a Dj under the name DJ Diamond, in Las Vegas while pregnant with their child.

Talking to The Detroit Free Press, A’Ziah reflected on what she would tell her past self based on what she’s learned from her experience: “I guess I would just tell myself not to be so trusting. I’ve always kind of been that way and I think that’s why I ended up on that trip in the first place. … I can’t regret it, but I would tell myself to be a bit more mindful of who you called your friend.”

Where is A’Ziah King from?

A’Ziah was born on the east side of Detroit but now lives in Atlanta.

Is the Zola movie streaming anywhere? Where can I watch Zola?

Although COVID19 has changed the movie industry drastically, with many new releases coming to streaming services like HBO Max, Peacock, or Netflix in tandem with movie theaters, the film Zola is currently only a theatrical release. It may be out soon to rent VOD, however.

Where is Stefani/Jessica from Zola now?

The character Stefani (played by Elvis Presley’s granddaughter Riley Keough) from the movie is based on A’Ziah’s account of Jessica Swiatkowski. As was portrayed in the movie, Jessica shared her side of the story on Reddit in 2015.

Jessica claims that she had always intended just to strip during their trip to Florida and that it was A’Ziah’s idea to sell ads on Backpage that night. She also says the that prices A’Ziah listed for her were dramatically less than the $500 A’Ziah claimed. “She gives me the prices of $80 short stay (10 minutes), $100 half hour, and $120 for an hour,” Jessica claimed.

A problem with Jessica’s story is that other victims of her pimp have come forward, and her pimp is now is now in prison for sex trafficking.

What about Stefani/Jessica’s ex boyfriend?

Jessica’s ex-boyfriend Jarrett Scott gave his own account of the story that same year to The Daily Mail. According to him, most of Zola’s story was fake, and he thinks Zola did turn tricks too.

Still, he does agree that Zola wasn’t into prostitution, and says that’s why both he and Zola were sent away from Florida.

Is there anything they all agree is true?

The one thing all parties have come to a consensus on when it comes to this story is that Jessica met A’Ziah while she was working at a Hooter’s in Michigan. Jessica also agrees with A’Ziah’s assertion that the two girls were “vibing on our hoeism or whatever” at this encounter.

Who was Jessica and Zola’s pimp? Is he is prison?

Although Zola’s story is funny, there’s nothing to joke about when it comes to the danger she was allegedly put in. According to Zola, she was agreeing to take a trip to go strip with her new friend. Instead, she found herself kidnapped by a pimp and forced into a dangerous few nights of prostitution. As Zola tells it, she refused to sell sex herself and instead helped Jessica make more money, but she was still doing so under duress.

The alleged pimp in the story is named Akporode “Rudy” Uwedjojevwe, and he is currently in prison in Nevada serving a 16-year sentence for sex trafficking and coercion. 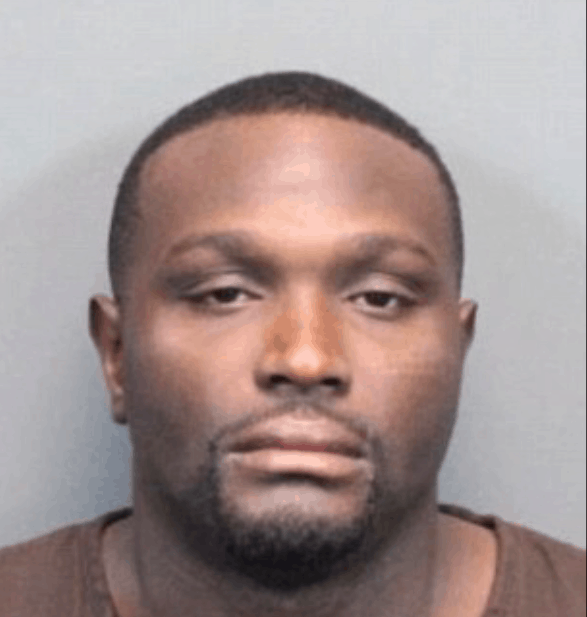 Real alleged victim of Jessica and her pimp speaks out

While the Zola Twitter thread and movie are extremely entertaining and often funny, if what Zola says is true, then she was a victim of sex trafficking and escaped a truly harrowing experience that could have ended her life. At one point in her story she learns that Jessica and Akporode have lured many girls into this, which means there are many victims.

One has spoken out to The Daily Beast.

Jessica Forgie says she was sex trafficked by and her “pimp” Akporode “Rudy” Uwedjojevwe in April of 2015, mere days after Zola’s escape from them. She says Jessica Swiatkowski and Akporade brought her to Nevada to prostitute themselves. Jessica Forgie was sexually assaulted by Akporade, but managed to escape the hotel, and alerted the police. Thanks to her, Akporade is now in prison.

Forgie is upset by the tone and promotion of the film because she was so traumatized by her situation. “There’s nothing glamorous about this,” she told The Daily Beast. “It’s kind of mind-blowing that someone actually finds humor in that. This is entertaining and funny to you? What about the reason why he’s in prison? They’re leaving it out and they just make it look like it’s all fun and games. It wasn’t fun and games.”

Who played Zola, and who directed Zola?

Both Bravo and Harris explained their approach to the source material to The Detroit Free Press.

”A movie about a young Black girl taking hold and agency of her trauma and giving that trauma the space to breathe, and engaging with the humanity of Black womanhood by being like, ‘My trauma’s also funny because I’m a human being and I survived it and … I’ve laughed heartily about it,’ is what I want people to take away from this,” Harris said, acknowledging the complexity and ambiguity of traumatic situations.

“The most humane thing about her story (is) that she tells people that, ‘Yes, the life of a Black girl is hard and it is rife with traumas, like the lives of many girls. But look at how human I am inside of that.’ This is something that has been denied from …presentations of Black females on screen for so, so long.”

Bravo goes on to explain that they approached the storytelling from a judgement-free place. “The story that A’Ziah King wrote is one in which not only the protagonists, but … everyone in that world is met with a good deal of generosity and dignity,” she says. “And there is no judgment. She isn’t judging the work that they do. She is judging the circumstance that they found themselves in, but she isn’t judging that work. So my job, our job, was to replicate what she did and imbue the world with all the pride that she had filled it with.”