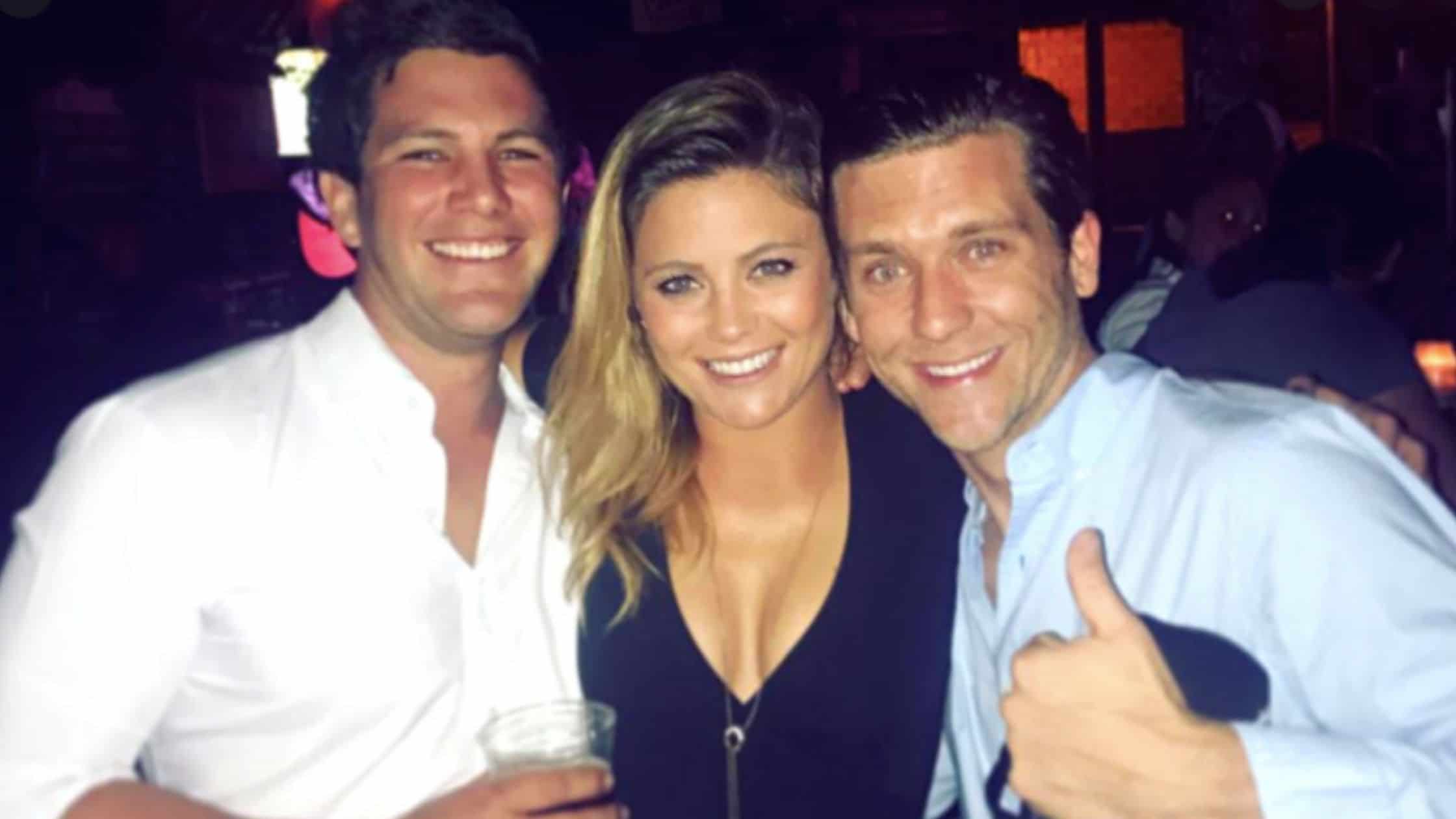 The storyline that drove Season 2 of Below Deck: Mediterranean, which first aired in 2017, was the love triangle between Malia White and her two suitors: chef Adam G and bosun Wes Walton.

It was obvious from the start of the season that many of the male crew of the yacht Sirocco were into deckhand Malia White. Bobby Giancola appeared on the first season of Below Deck: Med, and caused some trouble with his crush on second stew Julia d’Albert-Pusey, who had a boyfriend. Before the second season even started Bobb\\y had a brief flirtation with this season’s 3rd stew after meeting her in New York. Bobby was briefly upset because Hannah had warned Lauren about Bobby, and Lauren had cooled on him. The tension between Lauren and Bobby was short-lived this season, somewhat because Bobby had set his sights on Malia. Bobby was never really on Malia’s radar romantically, though, as she had enough to juggle with the attention of both Wes and Adam.

There was a playful game between the three of them for several episodes, as Malia worked closely with Wes on the deck, but would often come into the galley to flirt with Adam.

Malia kissed Wes and Adam in the same night

Things heated up when Malia kissed both of them on the same night. During an off night for the crew Malia kissed Wes while they were all still out drinking. Once everyone returned to the boat, Malia kissed Adam in the crew quarters. She had bright red lipstick on that smeared, and stained Adam’s lips at well.

Revelation: Adam and Malia had a past together

Things grew tenser on the Sirocco as Malia continued to flirt with both Wes and Adam, and refused to choose one to focus her attention on. At one point she muddied the waters further by chasing after Adam when he left a restaurant over his frustration. Wes was surprised to see Malia chase after Adam.

During their time alone together on the boat, Malia and Adam flirted and arranged to go on a date on their next night off.

Adam then felt confident in his relationship with Malia moving forward because of their scheduled date. Unfortunately for Adam, the day before they were supposed to go on a date the whole crew went out together, and things got tense. Wes took Malia outside of the restaurant they were eating at to declare his feelings for her.

Adam confronted Malia about her behavior and then revealed a bombshell. He breaks the fourth wall by looking directly at the cameras filming them and gesturing while saying “before all this” they had had moments together, and he mentioned a “penthouse” and “Santorini.”

Producers then asked Adam if he had known Malia before and he explained that they had connected before during yacht certification in Florida. Malia later told The Daily Dish that the Santorini reference wasn’t something that actually happened, but was a fantasy Adam had about their future plans together.

A kiss, and conflict of interest

Even though Adam had strong feelings for Malia, and a longer past, it was obvious that Malia felt a draw toward Wes. She pulled Adam aside and told him that she was going to cool off from both of them for professional reasons. Her actions going forward, however, contradicted this declaration.

One night during anchor watch in the wheelhouse, Malia and Wes crossed paths and briefly kissed. The mics picked up their conversation and kissing noises, and the camera captured the embraced on their arms and back in silhouette.

The kiss came right before Wes recommended Malia as head deckhand, a position that Bobby wanted. He had a year’s more experience than Malia in yachting, and had left his career as a firefighter for this, so he wants to move up in this new career. He seemed okay with the decision because Malia is a very hard worker and good at her job, but became suspicious of the motives after he learned of the kiss.

Of course, Adam was not the only one upset about Malia’s kiss with Wes that night, and he had receipts to prove she was still stringing both of them along. The same night she kissed Wes, she had texted Adam profusely about their potential future relationship.

Adam was triggered by this situation because of his past. He was once engaged to a girl but was kept a secret from her family because she was Middle Eastern and she didn’t think they would approve of him. “I was a secret,” Adam said. “And I’m a secret again, and it’s just eating me alive.”

Adam came to Wes with the text messages Malia sent Adam the night she made out with Wes in the wheelhouse. He tells Wes that Malia is “a f**king liar,” and reveals that the same night Malia showed affection to Wes, she was planning to spent time in hotels with Adam. Wes thanked Adam for coming to him with this information.

Did Malia and Wes ever seriously date?

Wes was initially hurt by the fact that Malia was texting Adam, and it caused him to lose trust in Malia. At this point, Wes still did not know that Malia and Adam had known each other before. On their last night together on the boat, Malia came clean to Wes about herself and Adam.

Wes was shocked to find this out. Malia told Wes that Adam turned out to be a different person than she thought he was. She pointed out that she found Adam’s spitefulness and drunkenness off-putting. She also found it odd that Adam had told her he loved her after only knowing her for four days. Wes was satisfied with Malia’s account of things and told her he wanted to see her off the boat.

The morning of their last day on the boat, Malia told Adam that her feelings changed for him, and that she should not have kept texting him. “I have zero respect for you,” Adam told her. “It’s a mutual feeling,” Malia replied.

Adam came to Wes again with information that he had had a “physical relationship” with Malie before they got on the boat. Malia told Wes that she couldn’t believe Adam was still talking about this. Wes decided that what happened between Malia and Adam before the boat, and even on the boat, didn’t matter because he was with Malia now. Wes and Malia shared one last kiss before they left the boat.

Wes and Malia actually dated for a while after the season ended and Wes was no longer Malia’s boss, but the relationship didn’t last very long.

As of last year, Malia and Wes were still friends, and Wes had even hung out with her then-boyfriend, chef Tom Checketts, who worked with Malia as the chef midway through Season 5. Malia then revealed on social media that she and Tom had broken up after he cheated on her. She’s now rumored to be linked to Wes Walton again, but this has not been confirmed.

Wes has been busy traveling the world with yachting. He was in Singapore earlier this year, and according to his Instagram, he was on deck in Corsica, which is an island in the Mediterranean, just two days ago. Is he filming a new season?

Malia is on Season 6 of Below Deck: Mediterranean which is currently airing, and is serving in the high-ranking bosun position.

UPDATE: As of 2021, Malia appears to be dating Jake, and engineer who sometimes briefly appears on Below Deck: Med.