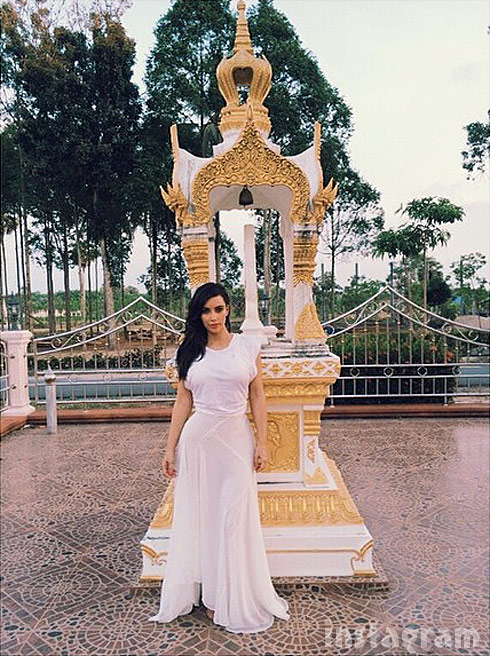 It’s America’s North West meets Asia’s Southeast as the Kardashian family (including Norie) are currently on vacation in Thailand. As you would expect, the family is keeping fans updated via social media, including Kim Kardashian, who posted numerous photos of her visit to Buddhist temples earlier today.

The photo above was captioned with the hashtag #enlightenment while this next photo, showing Kim removing her sandals before entering a temple, was captioned #etiquette: 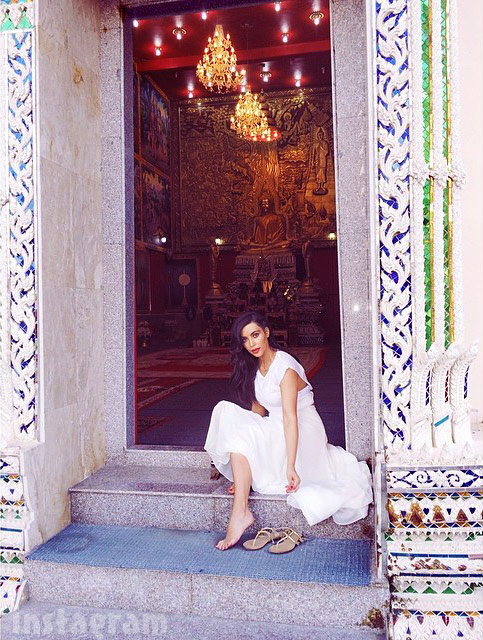 After entering the temple, Kim shared this next colorful photo of the interior and wrote #blessed: 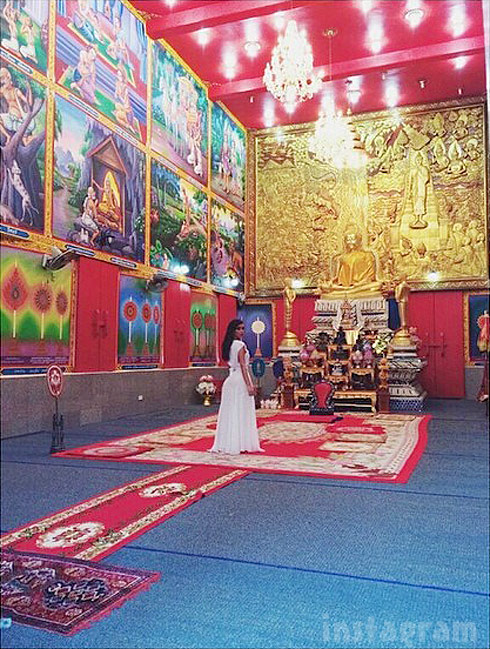 In addition to the spiritual photos, Kim also took a break from her usual light-hearted tweeting for a bit of political and social awareness raising about the situation in the Armenian-populated town of Kessab in Syria. Here are five of her consecutive tweets that aptly illustrate the startling shift:

Another glam day with @joycebonelli ….how do I look? LOL http://t.co/zqK1Xq255q

Please let's not let history repeat itself!!!!!! Let's get this trending!!!! #SaveKessab #ArmenianGenocide

If you don't know what's going on in Kessab please google it, its heart breaking! As an Armenian, I grew up hearing so many painful stories!

Getting back to Kim Kardashian visiting a Buddhist temple — that’s something you can do without traveling to Thailand, as demonstrated by another headline-grabbing American reality star, Jenelle Evans, back in 2011! (You’ll have to click the link to see Kieffer Delp as a Buddhist monk.) 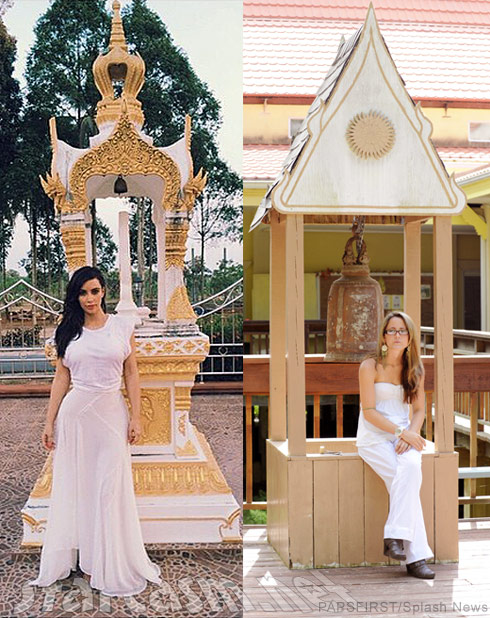 So who do you think rocked the Buddhist temple photo op better, Kim or Jenelle? (Apparently they have slightly more elaborate Buddhist temples/monasteries in Thailand than in eastern North Carolina.)

Alright, I seem to have accomplished both my goals with this post: somehow work in the “Jenelle Evans visits a Buddhist monastery” photo (one of my all-time favorites), and refrain from making a Kim Kardashian bootyist joke. 🙂 (The excerpt on the front page doesn’t count.)