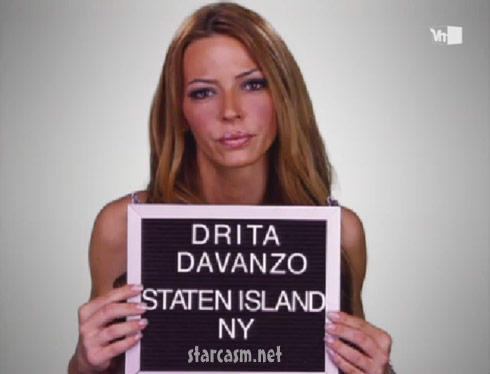 We’re profiling all four women and next up is the wife of Lee D’avanzo, who federal prosecutors allege is the leader of a Bonanno and Colombo crime family farm team and is currently serving jail time for bank robbery.  Her name is Drita D’avanzo, and she’s not to be messed with!

Drita D’avanzo is the wife of Lee D’avanzo, who federal prosecutors allege is the leader of a Bonanno and Colombo crime family farm team. While Drita’s husband is serving time in prison for bank robbery (for the second time), she is left alone raising two young girls, Aleeya (9) and Gizelle (3). Drita comes from a strict Albanian household who defied her parents and married someone outside the community — an Italian.

Drita grew up different from the other women. She was raised in the projects of Staten Island after her family settled there from Albania. Her father, a strict soccer coach, raised her to be tough and play with the boys. She was never allowed to cry, and had to do hundreds of push-ups and sit-ups a day to meet her father’s high standards. Drita was invited to play for the Women’s National Soccer Team and was all set to go until she met her first love, “the streets”.

She dated street guy after street guy until ultimately finding and marrying Lee. At first everything was great and she had everything she wanted. However, Lee was allegedly robbing banks (among other things), and before she gave birth to their first daughter, he was escorted away by the Feds for an 8 year prison term. Drita had their baby, and stood by her man — who promised her that he would never leave her again.

During Lee’s first prison sentence, Drita realized that she must do something to stand on her own two feet in case she is ever left in a position like this again. She studied to become a make-up artist and worked for various high end cosmetic companies while her husband was away. Almost eight years later Lee came home and they started over. They built a new home, made baby number two, and Lee even got a legitimate job. However the good times were short lived. Again, Lee was arrested and sentenced to prison for 2 — 5 years for similar crimes. Needless to say, Drita was not happy. But, like so many times before, she picked up the pieces and carried on. As a mother of two with a husband in jail, she struggles to keep it all together while figuring out if this is a lifestyle she wants to continue to live. Currently, she freelances as a make-up artist and plans to develop her own cosmetic line.

Drita is tough as nails and infamous for her many fights and knock outs growing up. Now a mother, she struggles to control her anger and often feels nostalgic for times when a problem could be solved with a fist.

Drita says on the first episode:

“If someone’s going ‘Drita this, Drita that,’ they’re telling my fighting stories. Why? Because I beat up a lot of people.”

“If I come after you, I’m never gonna stop until I get you. Hospitalized, broken faces, light ambulance ‘whoot’ all the time. It’s not like tuggin,’ pullin’ hair. Like I hurt you.”

She makes good on this bravado by later chocking castmate Renee Graziano. 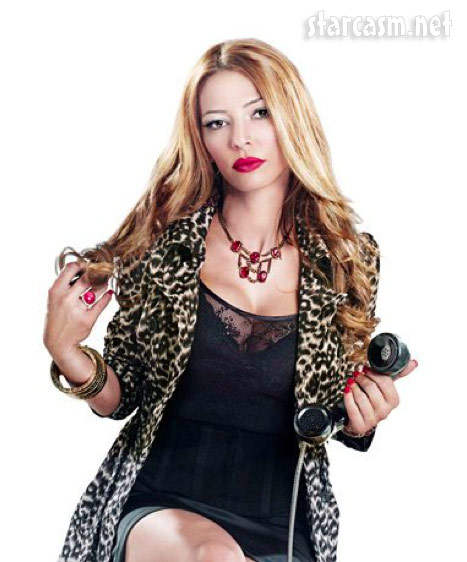 From soccer to the streets, that’s quite a story!  VH1 has pieced together an introductory video for each of the four cast members.  Here is Drita’s:

“I would probably describe myself as very outgoing, very loyal, definitely nuts.”

“Everything I do, everything I think to do, is concerned and revolves around my family.”

“You could go to a federal prison where it’s not so bad.  You can’t wear tight clothes, you can’t look sexy, you could start trouble with the inmates.  You’re sitting next to your husband you can’t touch his hand, you can’t kiss him.  Who knows?  They might think you’re passing drugs or what not.”

All signs point to this show being an explosive one just like our girl Drita!