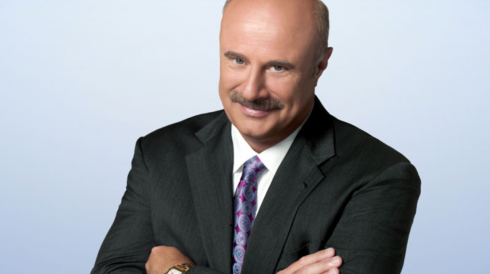 Dr. Phil makes some entertaining television, and often doles out hard and fast advice, but is he more showbiz than doctor? Does that even matter?

Currently, Dr. Phil is not a licensed psychologist in any state, though he used to be in Texas. After graduating with a doctoral psychology degree in 1979, he went into private practice with his dad in Wichita Falls, Texas, but stopped practicing psychology in 1990 when he co-founded Courtroom Sciences, Inc., a trial consulting firm. (Oprah Winfrey connected with Dr. Phil after she hired the firm to help with legal issues.) Although he didn’t practice, he kept his Texas license current until 2006.

He never got a psychologist license in California, where he tapes his popular daytime show, because the show is meant to be entertainment. In 2002 the California Board of Psychology decided that he did not need a license to do the show. On The Today Show in January 2008, McGraw said that he had “retired from psychology,” and that his current work does not involve the practice of psychology.

While Dr. Phil does not purport to practice psychology on his show, he often sets up troubled show participants with counseling and rehab programs after the song and dance is over. He is often confrontational with guests, especially when they appear to be lying, but he never offers diagnoses or very clear observations about what he thinks is really going on with them. Participants and audience members on the show are asked to sign waivers saying that what Dr. Phil says shouldn’t be “considered therapy or a substitute for any form of therapy.”

His showbiz approach to dealing with psychological problems has garnered some ire and criticism from the psychological community, and others, over the years. In 2008, he visited Britney Spears’ hospital room in a seeming bid to do an intervention show on the pop star. When he spoke to the press about his visit, Spears’ camp said he had betrayed their trust. A psychologist reportedly filed a complaint with the California Board of Psychology after the visit, saying that by visiting Spears outside of the entertainment bubble of the show he had “practiced psychology” without a license, and “violated doctor-patient privilege when he spoke to the media. It’s unclear if the complaint was actually filed, but regardless, nothing came of it.

Over the years other psychologists have spoken out about Dr. Phil’s blurry line between entertainment and mental illness counseling, though some argue that Dr. Phil’s presence in popular culture can be helpful. “Studies show the majority of people with mental problems don’t seek help. Dr. Phil certainly smooths the way for people to feel they can speak with a psychologist,” Xavier Amador, a psychology professor noted. “But the danger lies in the people who do need professional help and confuse what he’s saying with that help.”

For Dr. Phil, his formula is definitely paying off. Since 2005 he’s been making $15 million a year with his show, and he continues to write a string of best selling self-help and weight-loss books he often plugs on air.

VIDEO Farrah Abraham to be on Dr. Phil on Friday