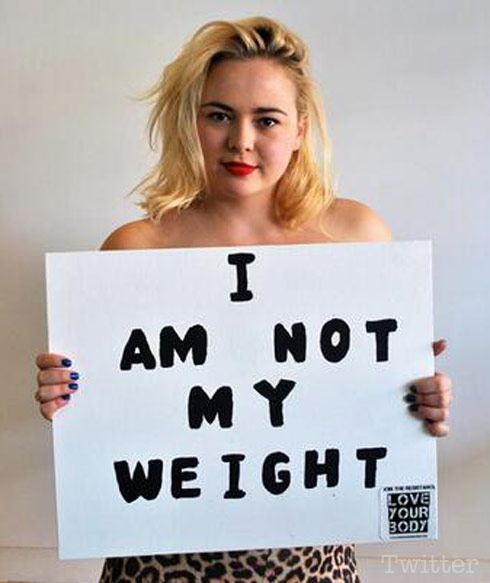 Dr. Drew’s 21-year-old daughter Paulina Pinsky penned an open letter about her struggles with bulimia and anorexia via the Columbia Daily Spectator in November entitled, “Get Your Teeth Checked.” The forthright piece about her opening up to her mother about a 7-year-long battle recently caught the attention of national publications and blogs and was reprinted in full today via Huffington Post.

Usually we parse down the highlights of a long write up like this one but it’s my opinion that the openness in which Paulina talked about her own life in hopes of helping others, and the extremely important nature of the topic at hand, was just too important to dissect. So here it is in full with some parts emphasized in bold:

Get Your Teeth Checked (Battling Generations of Body Shame) by Paulina Pinsky via Columbia Daily Spectator and Huffington Post:

We were driving back from a family dinner at a posh Los Angeles restaurant, the kind whose clientele doesn’t dare to touch the breadbaskets. My mother could not stop blabbing about the owners of her gym, because that’s what you do when your daughter is home from her first year of college: “One time I went to dinner with them and they both ate steak and one order of French fries. But they still look amazing. But they split the fries…” I felt like I couldn’t even hear her. My ability to listen to my mother talk about her gym owners had disappeared when I had hit rock bottom four months prior and had put myself into therapy. Purging eight times in one day to cope with the emotional stress of being home during spring break had finally scared me enough to take action. And here I was again, stuck in a car with her.

Without even thinking, the words erupted from my mouth.

She said, “You don’t mean that,” to which I replied, “Yes I do. I’ve already had an under-eating one.”

Without missing a beat, she responded, “No, you haven’t.”

I paused, but before I knew it, the words were out of my mouth. “Yes, I have. I’ve been throwing up since the seventh grade.” 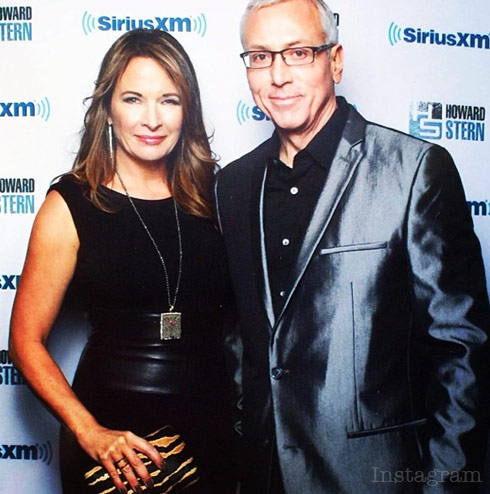 All of the air was sucked out of the space we both shared. This was not the way I wanted to tell her; this was not what I had planned. I had imagined a triumphant moment that involved eating a whole cake with my hands without breaking eye contact and saying, “YES, I HAVE BEEN A BULIMIC AND ANOREXIC FOR SEVEN YEARS. BUT NOW I AM BETTER. I AM EATING THIS CAKE BECAUSE I WANT IT AND I’M HUNGRY. AND GODDAMN IT TASTES GOOD.” But the words flew out of my mouth before I had a chance to take them back. The following moment was the longest and most painful silence of my life; I felt like my stomach was going to fall out and that I was going to projectile-vomit onto the windshield. After a silence that lasted far too long, she responded.

“Well, get your teeth checked.”

Two years later, I can say that for the first time in my entire life I have a functional relationship with my mother. Part of my recovery has been essentially creating a new relationship with her from scratch. Our bond has become stronger as a result of my letting her get to know a more genuine side of me. And as we get closer, I finally understand her reaction to the first time I opened up to her about my relationship with food. She needed me to be perfect, something that neither I nor anyone else can be.

Here is a clip of Paulina talking about the topics of bulimia and anorexia with CNN via an interview that aired this morning:

My mother was not the only one demanding perfection from me. I was the pretty blonde girl who was a cheerleader and an ice skater. I got good grades, had a boyfriend, and was thin: I was living the life everyone had always told me I should want for myself. But I was suffering under the weight of “perfection” in a way that even I didn’t completely understand.

And how could I have understood it? My 13-year-long figure skating career fostered my eating disorder, which was normalized by the people around me. Both inside and outside the world of figure skating I was repeatedly praised for my “perfection.” Everyone constantly inquired about my thinness, asking how I did it and how they could emulate it. My hunger didn’t matter, I was told, because it was merely a means to an end. A friend’s mother told me that if I went to bed hungry, I would lose weight. And it was true. I began to realize that people liked me better thin. I had boyfriends who never failed to comment on how “amazing” and “beautiful” I looked; my friends and their mothers asked me what I ate and how I worked out. Thinness became my entire identity. Everyone needed me to be thin and, even worse, I needed myself to be thin.

I’m not the only woman who has suffered, though. Women are supposed to be small. As I watched my football-playing brothers stuff themselves with spaghetti carbonara, steak, and hot fudge sundaes, I would pick at my salad, as my mother did the same. It wasn’t just I who had been affected by society’s demands for my body. It was my mother and her mother before her.

As I started to let go of my mother’s mistakes, she started to let go of the idealized image she held of me. Only one month ago, I went shopping with her and she did not body-shame me by stewing in silent judgment when I needed a bigger size. That shopping trip is engraved as deeply in my mind as the infamous “teeth” moment. We laughed at the sweater that made me look like a butterfly-turned-cat lady. We zipped each other in and zipped each other out. The size of our bodies wasn’t the issue; the fit of the clothing was. In these two years, I’m not the only one who has grown—she has as well.

My grandmother lost all of her teeth when she was 20 years old. My mother has veneers because she didn’t like her smile. And me? I’m obsessive about my teeth. I brush them at least twice every day but, thanks to my genetics, I still get cavities. As with my teeth, when it comes to body image, I can’t expect a change overnight when the problem is not just mine but that of generations before me. Normalizing eating disorders reaches so much further than my nuclear family, where “diet and exercise” is our religion. We live in a society where an ideal of streamlined bodies occupies our every day. I’ve come to realize I can’t subject myself to that anymore. I am meant to have a butt, and “Czechoslovakian-baby-bearing” thighs (inherited from my great-grandmother Marie, according to my mother). That’s not to say that there aren’t women who are naturally thin and fit the ideal; no woman deserves criticism for her body. And no woman—neither I nor anyone else— can reverse generations upon generations of damage. We can, however, make our generation better than the one that came before it.

I am 21 years old and I still have all my teeth. But honestly, I’m a work in progress. Rather than punishing myself for the body I inhabit, I’m starting to care for it. It’s much easier, I’ve found, to like myself the way I am… and to make sure I brush my teeth every day.

Paulina’s famous father, Dr. Drew, issued a brief statement to E! about his daughter’s struggles and her determination to not only better herself but to help others who battle the same issues:

“We are so proud of Paulina and her outreach to help others and particularly empower women. When she recognized she needed help she sought treatment and actively engaged in the process. And now she is using her insights to help others.”

Sorry, Professor. I can’t come take my test because I have to talk about my eating disorder on national television. Ttyl tho!

Should Allure have put Zoe Saldana’s weight on their cover?