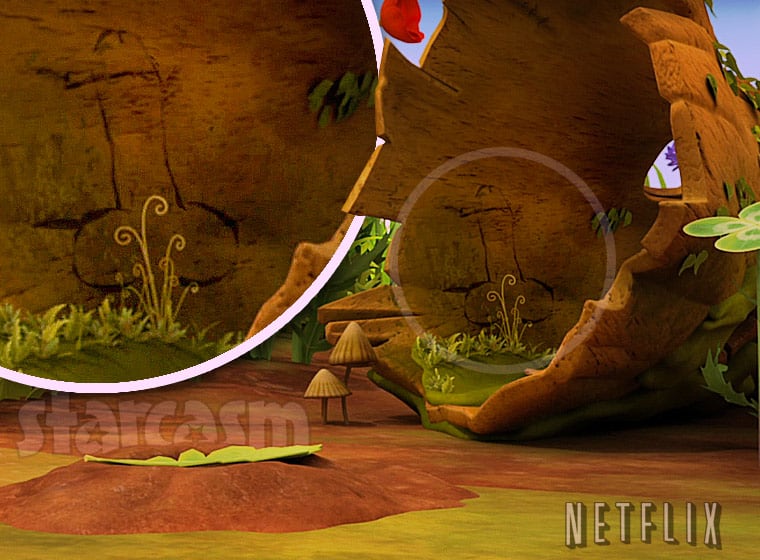 Netflix has pulled an episode of their animated children’s series Maya the Bee after a keen mom noticed a drawing of a penis in the background of one of the scenes. Actually, to be completely accurate, the phallic rendering appeared on the inside of a hollow stump and looked to be more of a carving or an etching than a drawing. But, however you describe the theoretical process used to create it, there can be no doubt that it is a textbook crude drawing of male genitalia.

“Please be mindful of what your kids are watching,” Chey Robinson posted on Facebook along with a screen shot of Maya the Pee Pee. “I did NOT edit any images whatsoever, this is Maya the Bee, Season 1, Episode 35. I know I’m not going crazy and I know that something like this shouldn’t be in a kids’ show whatsoever. I’m extremely disgusted by it, there should be no reason my kids have to see something like this. I don’t know if they’re gonna do something about this or what, but there’s no reasons why this should be in this show.”

I tracked down the deleted episode online and can confirm that the Maya the Bee penis drawing is not a hoax. That’s my screen cap at the top of the post, and here is another: 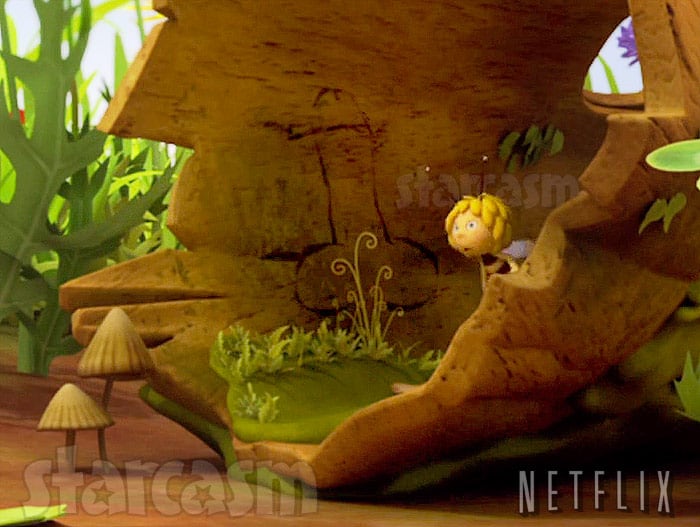 Just for the record, I want to say that the drawing not only seemed VERY well done (fitting the texture of the inside of the log perfectly), but it is also exactly what you might expect in a stump hideout in the woods. You just know some pre-teen boys (or stag beetles?) use that stump as a clubhouse! I should also note that I had to toy around with the contrast and levels to make the penis clearly visible. It’s kind of hard to spot in the original. So, um, kudos to Chey for her amazing penis vision!

I also found a foreign language version of the episode, and it had the penis included as well. The same cannot be said for other scenes during the episode that also featured the interior of the stump. Here’s the inside of the hollow log without the penis: 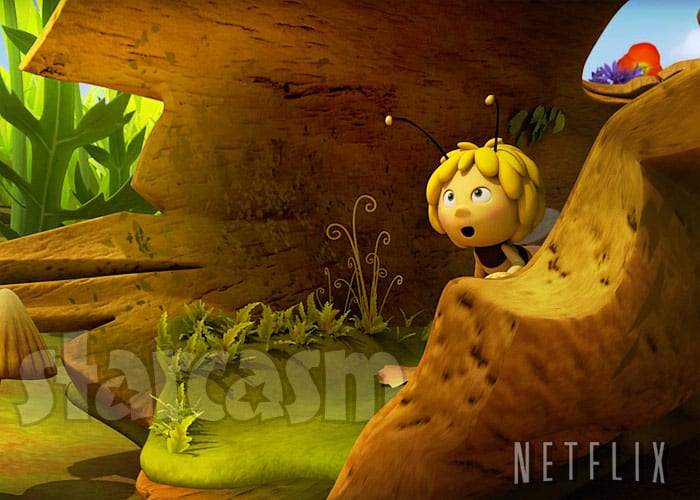 I don’t know if you noticed, but whomever added the penis used a pre-existing line for the tip. Clever!

It does not appear that Netflix has issued any official statement after pulling the episode, or whether they intend to make it available again once it has been scroto-scrubbed. Something tells me that the head of marketing for the streaming service is not that upset about the whole thing, though. I mean, I had never heard of Maya the Bee before, and now I have seen a full episode! (It actually seems pretty good for a kids’ show.)

On a random tangent, I recently watched the first few episodes of Netflix’s very well done Serial and Making a Murderer inspired mockumentary series American Vandal, and I couldn’t help but think the Maya the Bee log junk might be a VERY subtle promotional gimmick. (The mockumentary is about a high school student expelled for crudely spray painting penises on numerous cars in the teachers’ parking lot.) I didn’t actually believe it, but I did think it.

The Maya the Bee penis joins a growing list of animated movies and shows with notable naughty easter eggs including The Rescuers (which featured a topless woman in a window) and the collectible “penis tower” VHS cover of The Little Mermaid.

* My apologies for the Starcasm watermarks, but it took me a couple of hours to track down the video and I’m guessing people are going to be taking these screen caps and posting them elsewhere without credit. Gotta get my pee pee cred yo!