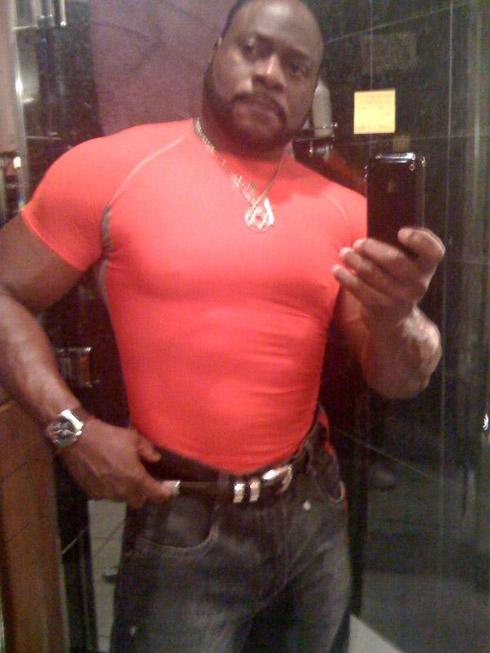 Bishop Eddie Long is the pastor of New Birth Missionary Baptist Church in Lithonia, Georgia, a suburb located 16 miles east of Atlanta. New Birth has a congregation of over 25,000 – all of which must have been shocked when it was announced three men are filing civil suits against Long alleging he bribed and sexually coerced them when they were teenagers. (It is up to four now – CLICK HERE for details on Spencer LeGrande.)

Maurice Robinson, 20, Anthony Flagg, 21, and Jamal Parris 23 were all 16 or over at the time of the alleged incidents which means they were of the legal age of consent in Georgia. Among the allegations in the three separate suits are details about the pastor giving the teenagers cars, clothes, international trips and money as well as instances in which Long shared bedrooms with the young men.

The plaintiffs’ lawyer BJ Bernstein released some cell phone photos Long took of himself and sent to the boys and stated there are also emails, texts and phone calls that will be presented in court. The photos (above and below) feature the muscular Long snapping cell phone self portraits wearing tight fitting clothing, one of which appears to have been taken in a bathroom. (Be sure to read the update at the bottom of this post that might shed a little light on how some of this evidence may have been obtained!) 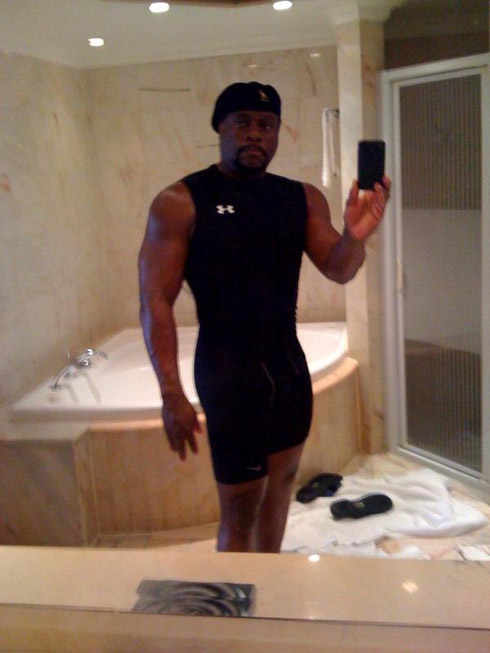 Bishop Eddie Long’s attorney Craig Gillen said in defense of his client and the photos:

“The photos don’t corroborate these charges. [Bishop Long] is a health advocate, he’s a weight lifter. He’s a fella, who’s gonna go to work and he’s gonna have on a muscle shirt. And you know he may show up in church in a muscle shirt. There’s nothing really in those photographs that seems to me corroborative of these allegations.”

I have to agree with Gillen that there is nothing in the photos themselves that suggests any wrongdoing. Sure, it’s a little awkward for a teenage boy to receive these types of images from his pastor, but in this day and age of cellf portraiture it’s not all that unexpected. But, if they are moving forward with the lawsuit based on emails, text messages and phone calls then I’m guessing that where’s there’s smoke there’s a fire. And perhaps the nail in Long’s coffin as far as suspicion is the fact that he is an avid anti-gay activist. He led a march in Atlanta of 10,000 members of his congregation to protest same-sex marriage in 2004. Red flag!

Gillen stated on a radio show after Long canceled his appearance that the pastor would address the allegations to his congregation during Sunday morning services. Starting with just 150 members in 1987, Bishop Eddie Long’s congregation now exceeds 25,000.

UPDATE – One of Long’s accusers, 20-year-old Maurice Robinson, was arrested in June after breaking into Bishop Long’s New Birth Church office with an accomplice and stealing over $1,300 worth of stuff, including Long’s iPhone and iPad. Could it be that some of the emails, text messages and photos to be used as evidence against Long were taken from his iPhone and iPad by Maurice? Find out all the details about the arrest as well as the criminal record for another of Long’s accusers, Anthony Flagg HERE.

Also, a fourth man has come forward alleging he was also coerced into having sexual relations with Bishop Long! CLICK HERE to read about 22-year-old Spencer LeGrande whoe story involves international trips, a car, tuition and the use of Ambien!

VIDEO – Did Kari Ann Peniche get kicked off of Celebrity Sex Rehab with Dr. Drew? Vase throwing and weave-pulling