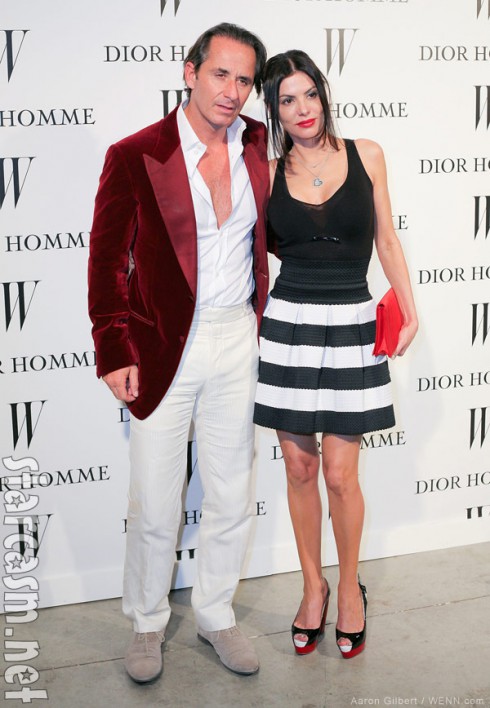 Adriana de Moura and Frederic Marq decided to tie the knot in a dramatic moment during last month’s season 2 finale of Real Housewives of Miami, but as it turns out, these two have been pulling our chains all along. According to online records, they already got married in 2008!

On November 4, 2008, Adriana and Frederic applied for the marriage license and exactly one month later, the couple tied the knot in Miami Beach, which means all that “I’m not ready” talk was all a bunch of shullbit.

Rumors flooded the web earlier today that the two were possibly already married, and not surprisingly, both Adriana and Frederic have denied the claims on Twitter.

When one fan asked Adriana if she was already married, she simply said, “Not yet,” and when Frederic was asked the same question, he replied, “No.”

UPDATE – Adriana’s publicist Lynn Brodsky has issued a statement regarding the marriage license! (Click the link to check it out)

While the license lists the couple’s status as “married,” there are a couple of possibilities that would mean they aren’t any more — an annulment or a divorce. (If you’ll notice in the image above, there is a little asterisk beside “Married” under the couple’s status. There is a note at the bottom that reads: “*Please Note: This record does not reflect subsequent termination of marriage by Divorce, Death, or Annulment.”) However, if Adriana and Frederic were married, and then had it annulled, shouldn’t that have been stated on the show? Either way, the secret is out now.

It should be interesting to see what they have to say about this marriage license hitting the web.