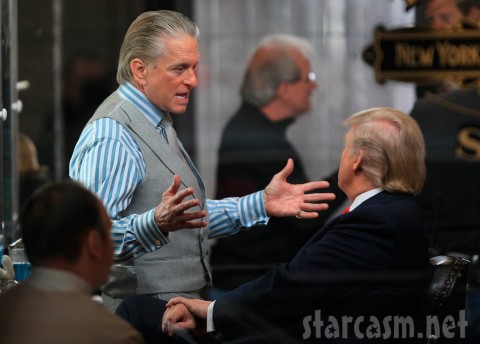 Click thumbnails to see larger images in the gallery: 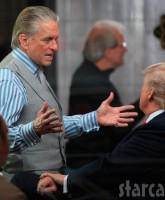 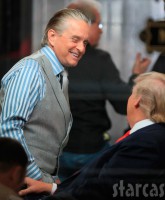 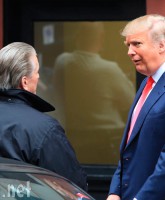 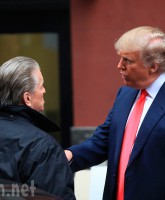 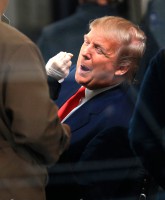 Donald Trump prepares for a scene in Wall Street II 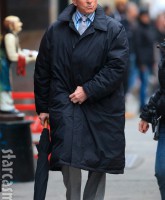 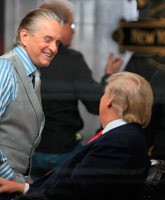 
Oddly, it appears that just after the barber shop scene is a scene where Gordon Gekko purchases and inflatable life raft overcoat. Is it possible the Gekko and the Don are going to flood New York City?!? Spoiler!! 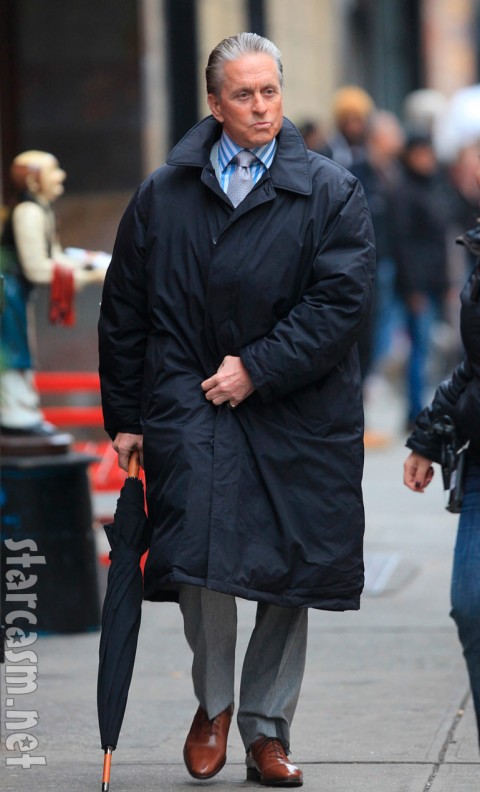 And here’s my favorite image of Trump showing off his acting chops: 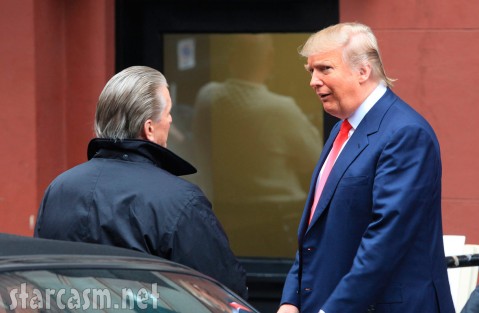 I dunno – looks a little goofy to me. The director might want to have a short conversation with Donal Trump and let him know…..”You’re fired!”