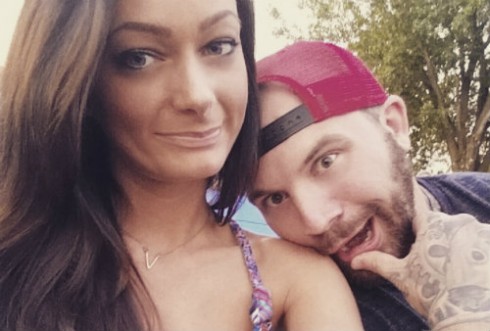 Facebook official and everything! Teen Mom 2‘s Adam Lind is in yet another relationship, this time with pretty South Dakotan Stasia Huber.

Although the pair only confirmed their relationship on Facebook in late July, their pictures together date back to March — when Adam was supposedly still dating married mom Danielle Anderson. 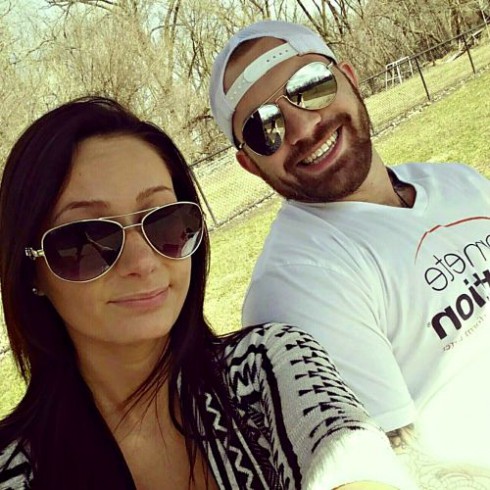 Unlike many of Adam’s exes, it doesn’t seem bank-employee Stasia has any kids or arrests. Without that to bond over, you may wonder what on earth she and Adam have in common… It seems the answer is a passion for the gym. (Believe it or not, Adam recently won some kind of bodybuilding award.) 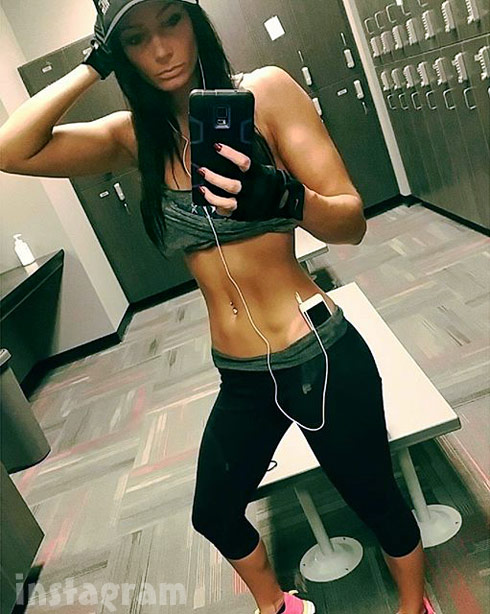 Although their official relationship is still pretty new, it seems Stasia and Adam are already throwing around the idea of marriage: He posted a photo message on her wall last week that said, “Your husband will always be your biggest and oldest child that requires the most adult supervision.” He added in the caption “someday” with a smiley face.

Anyone want to bet on that?