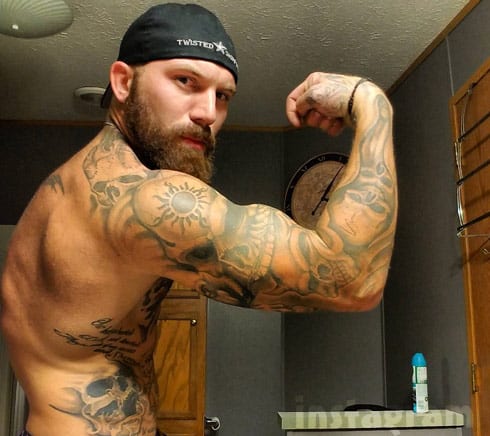 The Ashley’s Reality Roundup broke the news earlier today, revealing that Adam was ordered to take the drug test after Chelsea and Adam’s other ex, Taylor Halbur, repeatedly expressed to the judge their suspicions that Adam was using. After failing his first test, Adam reportedly claimed that the test was faulty. His sample was tested again — and came back positive again. (Can’t blame MTV editing for that!)

So what drugs did Adam Lind test positive for? According to The Ashley, “The test results revealed that Adam had over 300 ng/ml of amphetamine detected in his system, as well as over 800 ng/ml of methamphetamine!”

And, in addition to the reported drug use, it appears that Adam is back to his Fast ‘N’ Furious ways behind the wheel as well. The multi-DUI offender pleaded guilty to a charge of exhibition driving earlier this month.

As far as negative headlines for Adam go, things had been surprisingly quiet over the last few months, and he fell to a distant second place behind Amber Portwood’s fiance Matt Baier in the competition for the Teen Mom franchise’s dadbeatest dad. I wouldn’t go so far as to say I had become cautiously optimistic about him maturing a bit, but my hopeless pessimism was lessened just a smidge. Not so much now.

Any and all joking aside, inserting meth into any equation is a recipe for disaster — a much larger disaster than Adam has already proven to be. We continue to wish him nothing but the best, and we hope that his wake up call will not be accompanied by others getting seriously hurt.