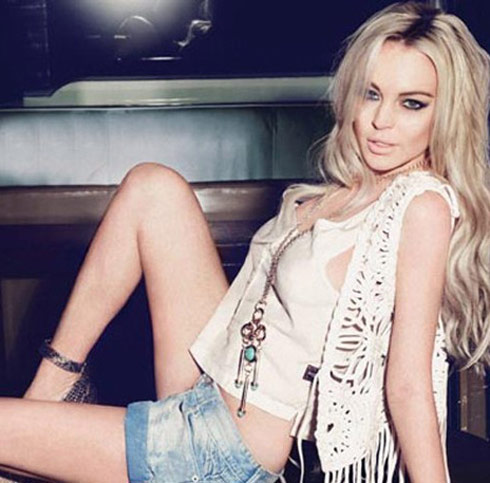 Following her most recent gig sans pant or panties for that matter, Lindsay Lohan has returned to being clothed for money as the actress has been announced as the official new face of Jag Jeans.

The recent Playboy vet has landed a gig as the cover girl for the denim company. In fact, there’s a direct connection between her Playboy layout and this current new layout. The campaign was shot  in LA by Yu Tsai, who just so happens to be the same photographer who took LiLo’s photos for the Hef.

“As Jag Jeans’ newest endorser, Lindsay embodies the strength and fearlessness of the woman of today. She is unafraid to be who she is. She is fierce yet exudes feminine grace.”

Oh man, if you consider yourself a modern woman you can rock out some seriously short jean shorts knowing that Lindsay’s strength and fearlessness is akin to yours. Make it known that LiLo didn’t just lounge around making sultry faces either. She was personally involved with how the images turned out. 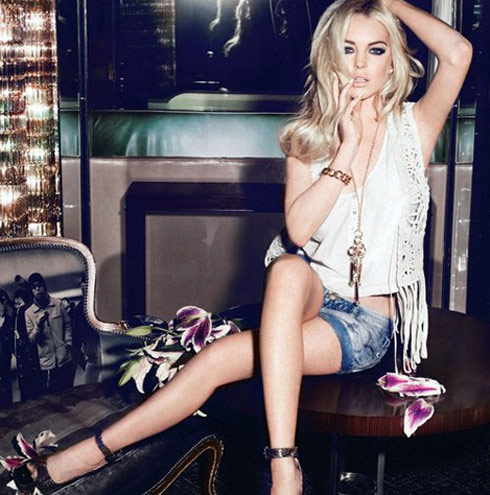 “Lindsay was so involved with the shoot that she would go as far as adjusting items on the set. She even requested scissors so she could personally fray the edges of her black crepe blouse because she believed it would look better that way. Lindsay would take a hands-on approach to her shots, as she was more than willing to change her hairstyle during mid-shoot and even used her own personal jewelry and accessories when needed.”

So what do you think of Lindsay’s look for Jag Jeans?