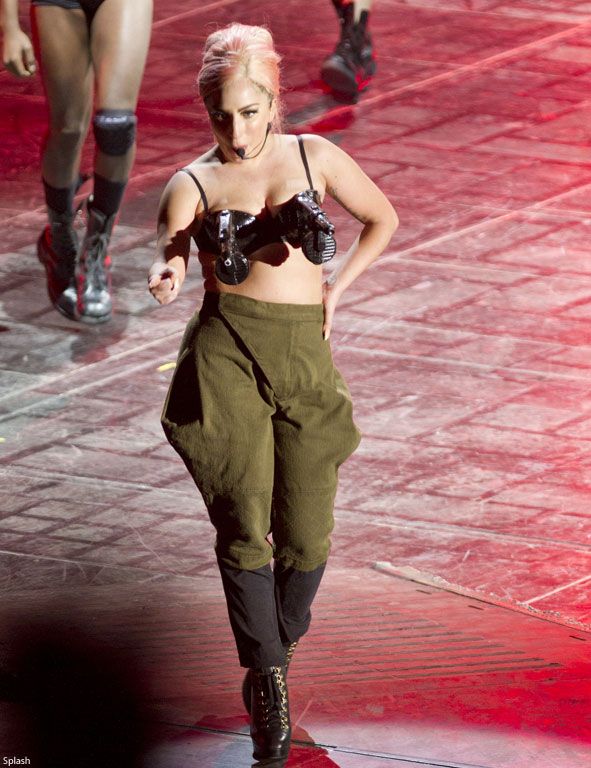 In the wake of the Sandy Hook Elementary tragedy, one of Lady Gaga’s costume choices is called into question. The pop singer wore a bra made of toy automatic rifles at one point during her “Born This Way Ball” performance in Vancouver, Canada.

She’s received backlash on Twitter and pretty much everywhere else for wearing this bra after such a heartbreaking event, and now during a heated debate about American gun laws.

Sharon Osbourne, who’s already upset with Gaga, criticized her outfit on The Talk, “Everything is guns, guns, guns. This is not right, and she should be stopped.”

This isn’t a new outfit for Gaga though, she wore a gun bra during her 2010 “Alejandro” music video, and on the cover of a 2010 issue of Rolling Stone. 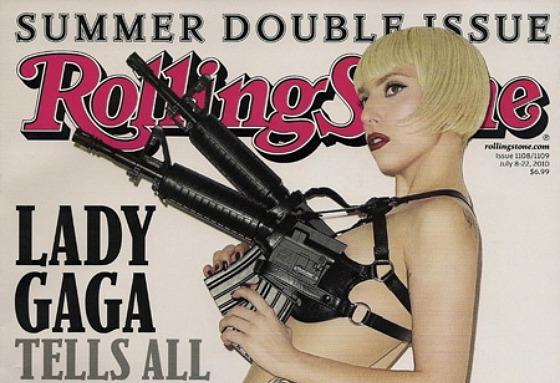 Lady Gaga has supported gun law changes after the Sandy Hook shootings, joining other celebs in signing the Demand A Plan petition.