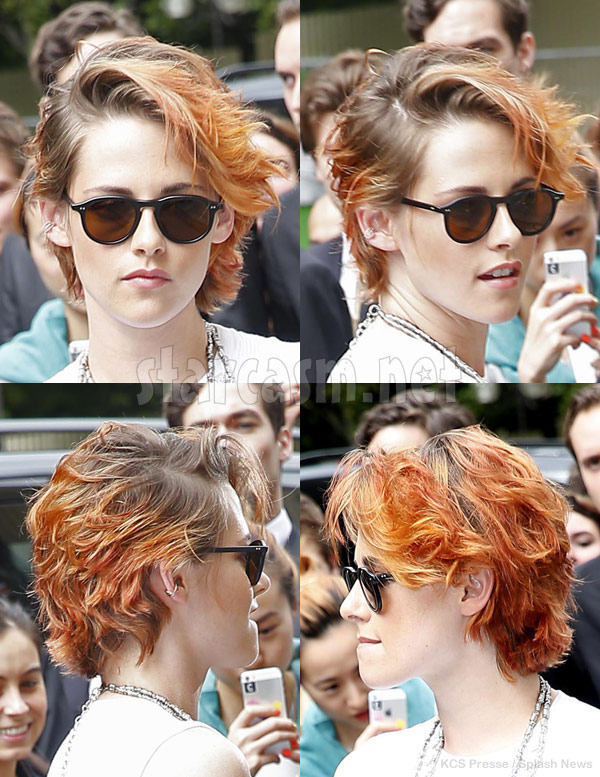 The 24-year-old has been featured in ads for Chanel as the face of the label’s Métiers d’Art Collection Paris-Dallas 2013/14 campaign. She looks to be growing out the orange-tinted hair that she had done for her role in the upcoming film American Ultra.

In an interview with Grazia, Stewart talked about her budding friendship with designer Karl Lagerfeld and how she approaches fashion shows:

“It’s about the music, the feeling in the room. Everything about a show is supposed to evoke a feeling and not all of them do. Sometimes it’s just about the clothes, and when you see a show that tells a story and has a setting and it has a context, it’s like watching a film. And so to be around that energy, that’s what I look for in my job…When you go to a good show, it’s like you are watching history. It’s like you are watching something that is like lightning a bottle—you know they hit something,” she added. “I’ve been to two of the shows and each time it was a full experience. It wasn’t about the clothes or picking out what dresses you liked—it’s about watching it as a whole, watching the story unfold.”

Here’s Stewart from today next to her previous longer locks at Cannes back in May: 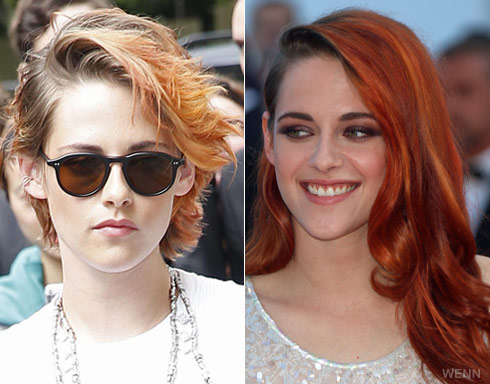 What do you think of Stewart’s shorter hair?

First photo, video of Kristen Stewart as a vampire