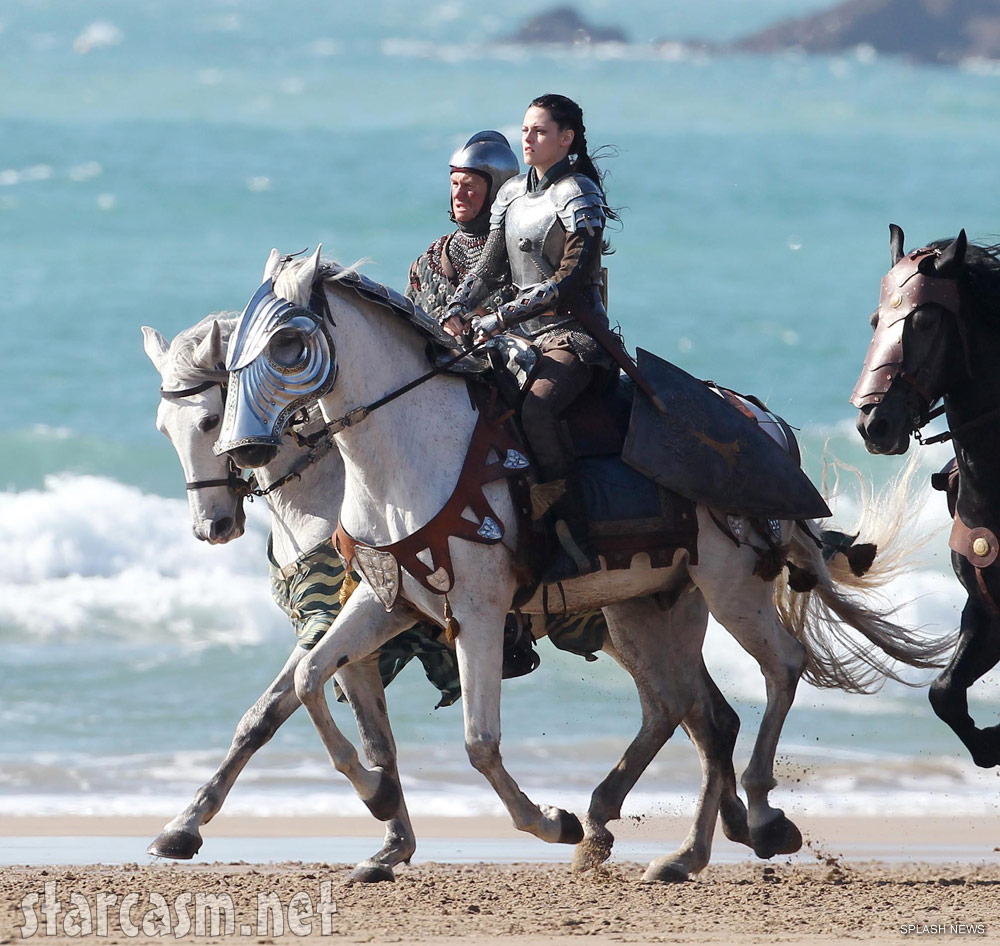 In addition to being the female ingredient in the Edward/Bella/Jacob Menage à Twilight, actress Kristen Stewart has taken on the roll of the fairest of them all in Rupert Sanders’ live action film Snow White and the Huntsman. Cast and crew, including Chris Hemsworth as Prince Charming and Charlize Theron as the Evil Queen, are currently shooting in Wales and photographers were able to snap some great shots of Snow White galloping horseback on the beach in a full suit of armor! (Click the amazing photo above to enlarge)

It appears that in Sanders’ version it isn’t a poison apple Snow White needs to worry about – lung cancer may be the bigger concern as the armored apple of the huntsman’s eye was spotted trying to sneak a cigarette break by hiding beside the wheel of a pick-up truck! 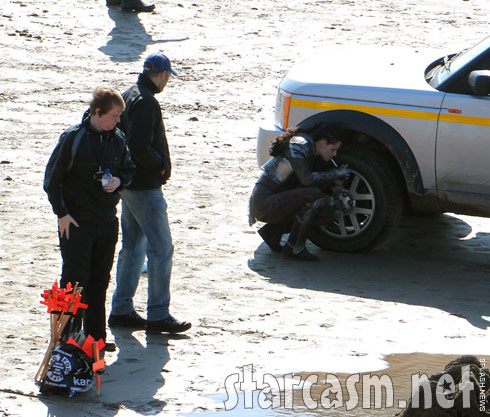 Let’s all sing shall we? 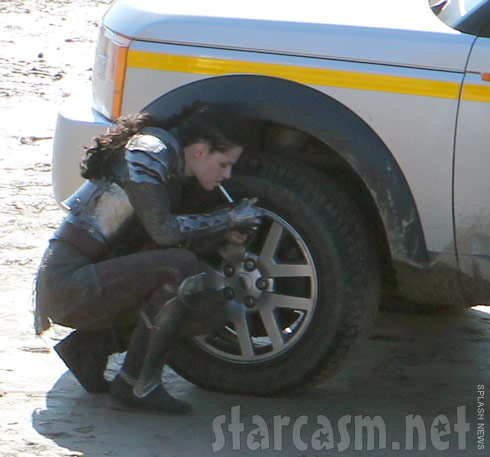 Perhaps the cigarette is just part of the badder Snow White image Sanders is trying to pull off. As Stewart told MTV News about her role, “It’s not a little girl sitting by a well with little tweety birds telling her what to do and where to go.”

And what does Kristen think of her suit of armor? “[The costume] makes you feel kind of strong occasionally, sometimes, but I kind of feel tiny, my pinhead sticks out of these enormous things.” Hmmmm… 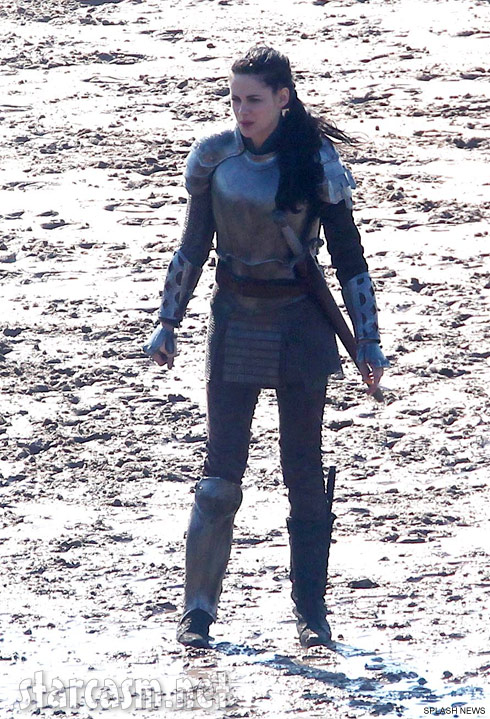 Nah – I don’t get a pinhead vibe at all! Kristen actually looks pretty good dontcha think? 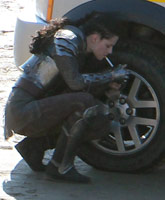