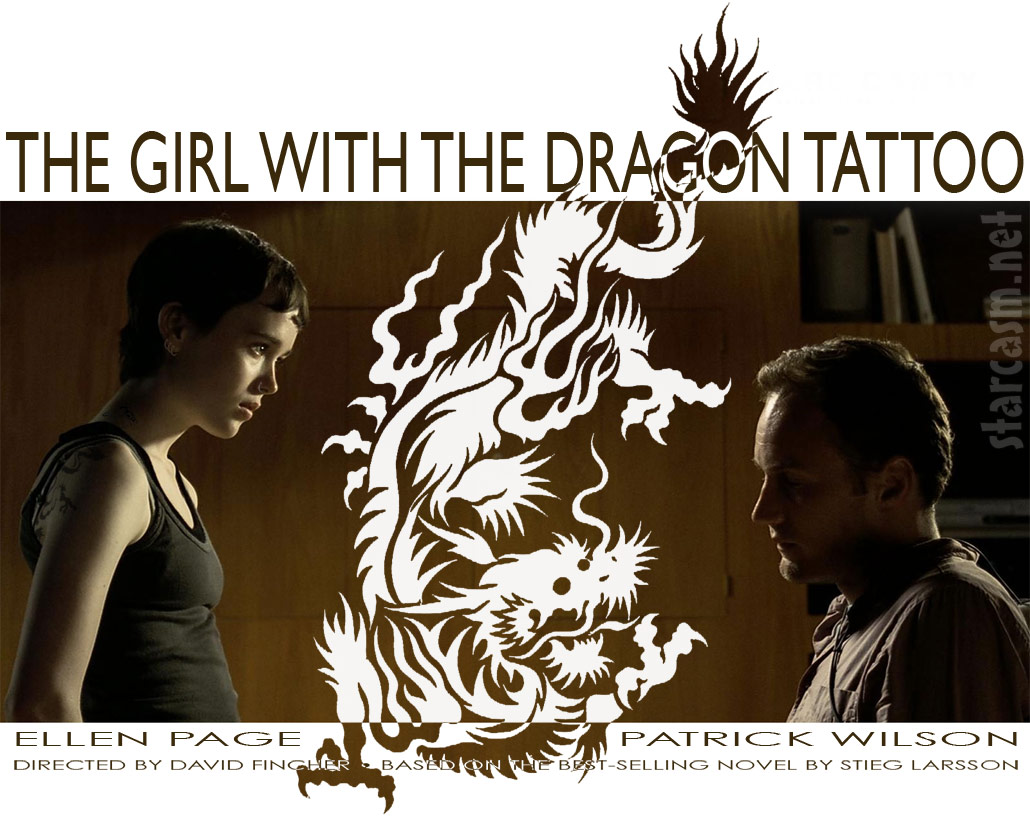 The casting process continues for one of the most coveted female leads in the history of cinema: that of hacker and loner Lisbeth Salander from the critically acclaimed best-selling Millenium Trilogy of mystery/suspense thrillers by Swedish author Stieg Larsson.

(Don’t get too happy or angry – the above poster is something I made in Photoshop using a scene from Ellen Page’s Lisbethian role as Hayley Stark in Hard Candy.)

David Fincher is set to direct the US adaptation of the The Girl with the Dragon Tattoo, based on the first book in the series, and according to deadline.com the list of actresses in contention for the role of Salander is a long one, including Ellen Page [Juno, Inception], Kristen Stewart [Twilight], Carey Mulligan [An Education], Mia Wasikowska [Alice in Wonderland], Emily Browning [Sucker Punch], Sara Snook [Sleeping Beauty], Rooney Mara [The Social Network], and Sophie Lowe [Blame]. Though some speculate the role is down to just Ellen Page and Kristen Stewart, Deadline gives the impression the field is still wide open as the studio is signing test deals with the list of actresses above:

Some have submitted their own tapes to director David Fincher already, while others will test shortly for the role. It’s a process similar to the one Sony orchestrated before choosing Andrew Garfield to play Spider-Man. Meanwhile, I hear Fincher is telling actresses to working on their Swedish accents, which indicates the novel may not Americanized.

The site claims James Bond’s Daniel Craig is still the most likely to land the role of financial investigative reporter Mikael Blomkvist, “but sources tell me there’s a scheduling problem for him involving the long delayed next Bond pic and Cowboys & Aliens.”

The Millenium books have already been made into a series of three films in Sweden, the first of which (The Girl with the Dragon Tattoo) has grossed over $100 million worldwide despite only getting a limited release in the United States. (It played in 202 theaters and took home $7 million – making it one of the most successful limited-release films in history.) The second foreign-language installment titled The Girl Who Played with Fire was just released in the US July 9 and the last film, The Girl Who Kicked the Hornets’ Nest, should see a limited US release by the end of the year.

What do you think? Could Lisbeth Salander survive being Twilightized by the moody, broody Kristen Stewart? Can Ellen Page be not cute enough to pull off the role? Personally, after seeing Hard Candy (the movie the above fake movie poster is from in which Ellen’s character Hayley Stark takes a molester hostage and tortures him over a long, drawn out period of time) I think she can! I cast my vote for Ellen, but that could all change tomorrow when new names are added to the list 🙂