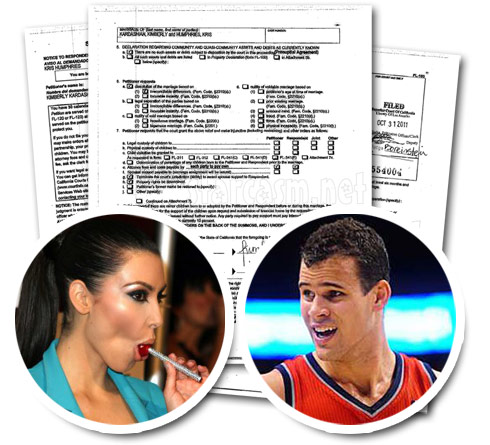 The celebrisphere was rocked earlier today when the announcement was made that Kim Kardashian was filing for divorce from her husband Kris Humphries after only 72 days. I think by this point most everyone had their doubts about the legitimacy of the couple’s relationship, but few expected to see the multi-billion dollar betrothal officially end so soon, all but confirming it was just a marketing and publicity stunt all along.

Kim Kardashian filed the papers in Los Angeles Superior Court this morning and we have the documents! Here are photos of the official Kim Kardashian divorce papers filed on October 31, 2011 (Click to enlarge) followed by a transcript of the bullet points: 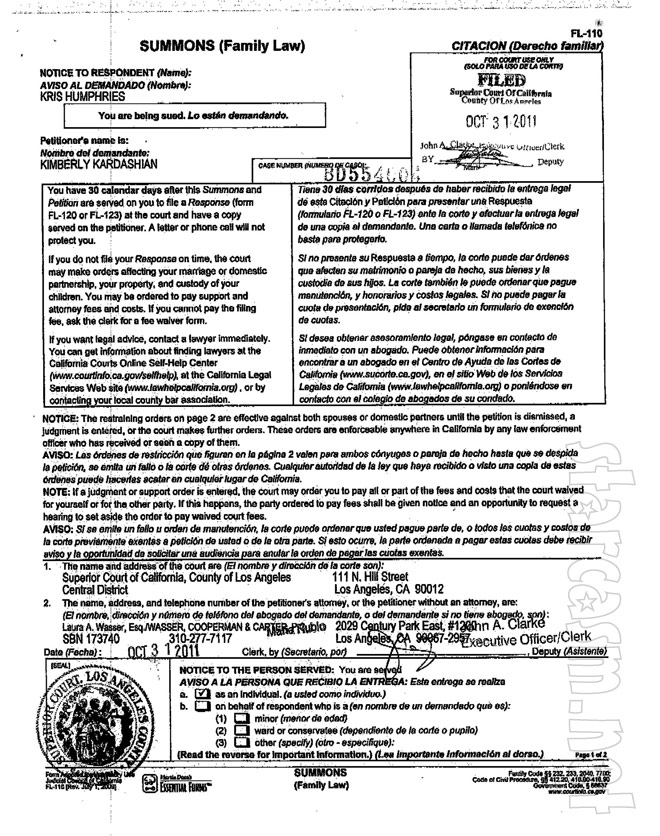 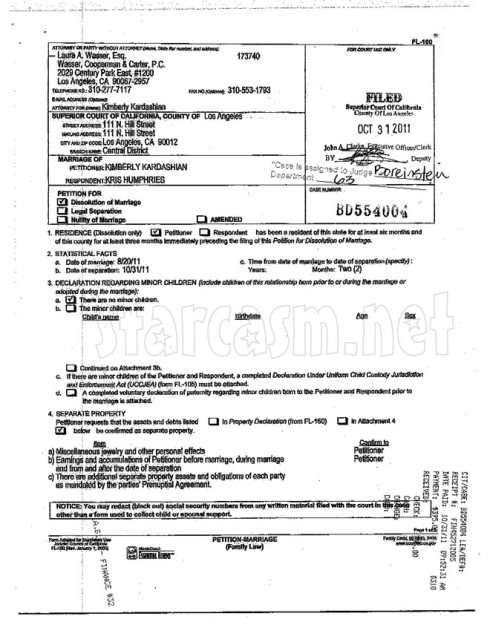 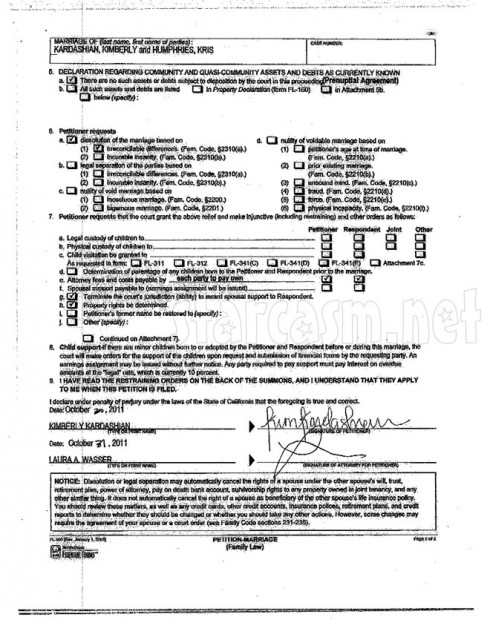 As you might have guessed, there’s nothing very revelatory in the papers. Here are the highlights:

• Petitioner requests that the assets and debts listed below be confirmed as separate property:

Miscellaneous jewelry and other personal effects

Earnings and accumulations of Petitioner before marriage, during marriage and from and after the date of separation

• Petitioner requests dissolution of the marriage based on irreconcilable differences.

• Petitioner requests that the court grant the above relief and make injunctive (including restraining) and other orders as follows:

Attorney fees and costs payable by: each party to pay own.