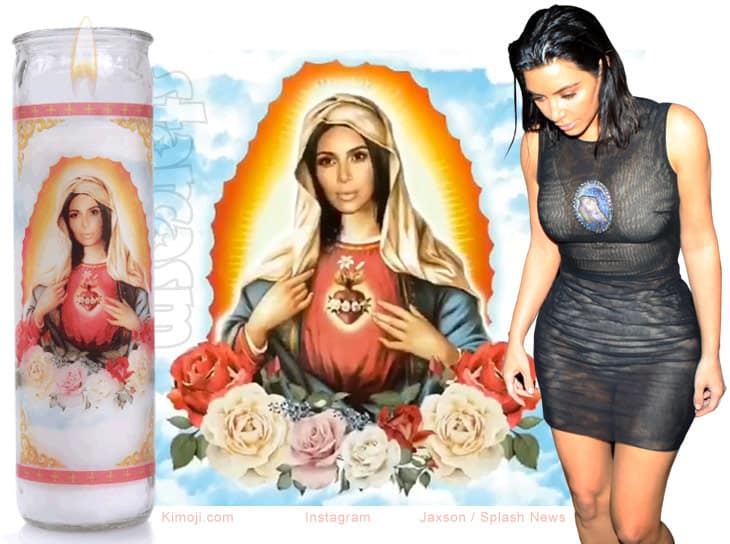 Just a few hours after Kim Kardashian caused a stir by offering a prayer candle with her likeness in place of the Virgin Mary on her website, the reality star continued to troll all of Christianity by wearing a very sexy, very sheer minidress with the bedazzled image of the Virgin Mary between her breasts during an evening out.

First, here is the Virgin Kim prayer candle–which will set you back a measly $18:

As far as the controversial dress, Kim wore the revealing Dolce & Gabbana look while out for dinner with her sisters at The Little Door Restaurant in West Hollywood — all while E! cameras were rolling. 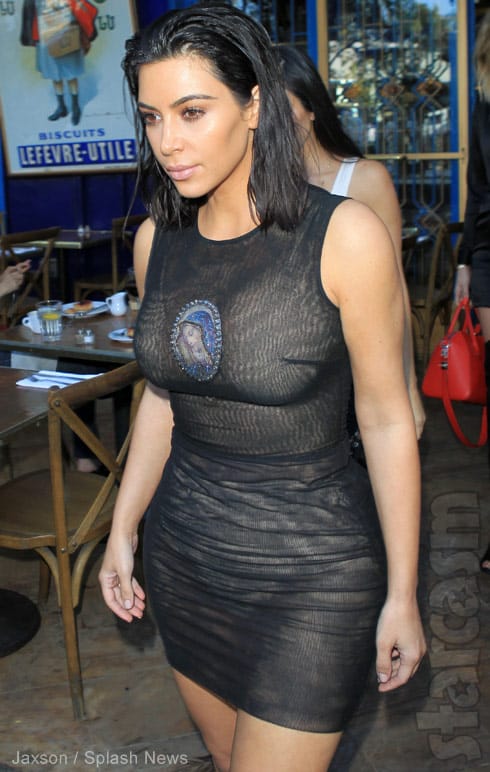 Kim Kardashian is not the first celebrity to sport the Virgin Mary on a dress (here’s Katy Perry for example), but she is garnering attention because her look is rather on the sexy side. Bill Donohue of the Catholic League wrote a response to the candle and the dress in which he called the use of the Virgin Mary’s image “exploitative” on the part of Kim:

We know that she and her family have been through a lot—their problems are mostly self-induced—but that is no excuse for ripping off Catholic iconography to make a quick buck and grab headline news.

Hmmm…I wonder what Yeezus has to say about all this?

If you’re thinking that a Kim Kardashian Virgin Mary prayer candle is the perfect gift for a friend (or yourself), then be sure to head on over to Kimoji.com and grab yours now — I’m sure they will be snapped up soon! While you’re there, you can pick up some Kim Kardashian badonkadonk themed merchandise to go with The Virgin Mary, like her butt emoji inflatable pool float and “ass tray” ash tray. (Farrah Abraham, are you seeing this?!)

LISTEN to Kim Kardashian’s new single “Jam (Turn It Up)”