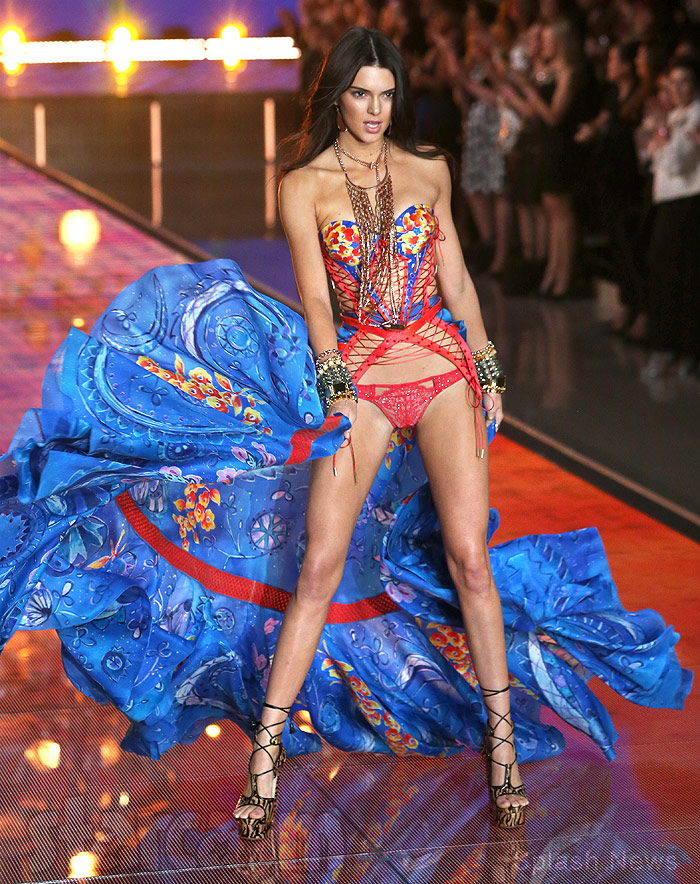 If you are familiar with Kendall Jenner’s Instagram account (as well over 40 million of us are), then you’re well aware that she is pretty much a professional underwear model already. So, it should have come as no surprise when it was revealed earlier this month that the 20-year-old reality star would be strutting the catwalk in her unmentionables as part of the 2015 Victoria’s Secret Fashion Show. It should also come as no surprise that this unabashed undie lover nailed it! 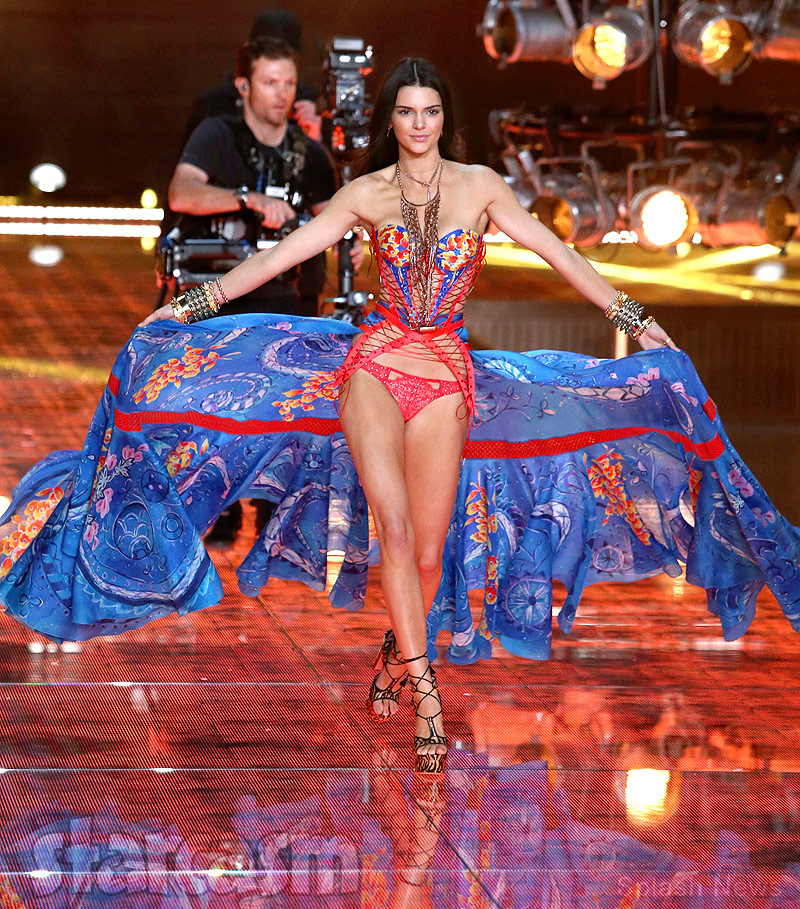 Kendall sported the brightly colored ensemble above that included a jewel-encrusted top and matching red lace panties. Framing in the look was a luxurious, brightly colored flowing half-dress (I guess you would call it) that looked to be made of silk. 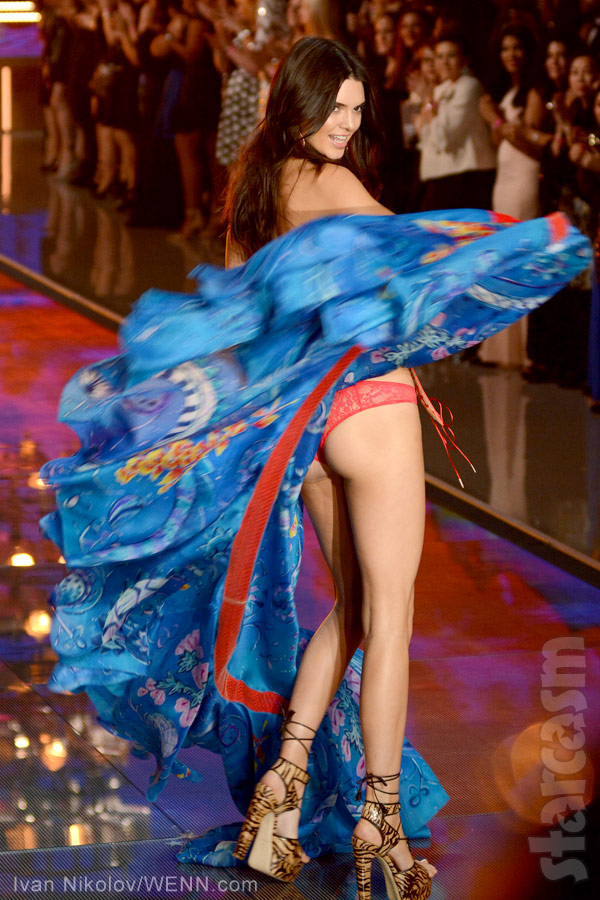 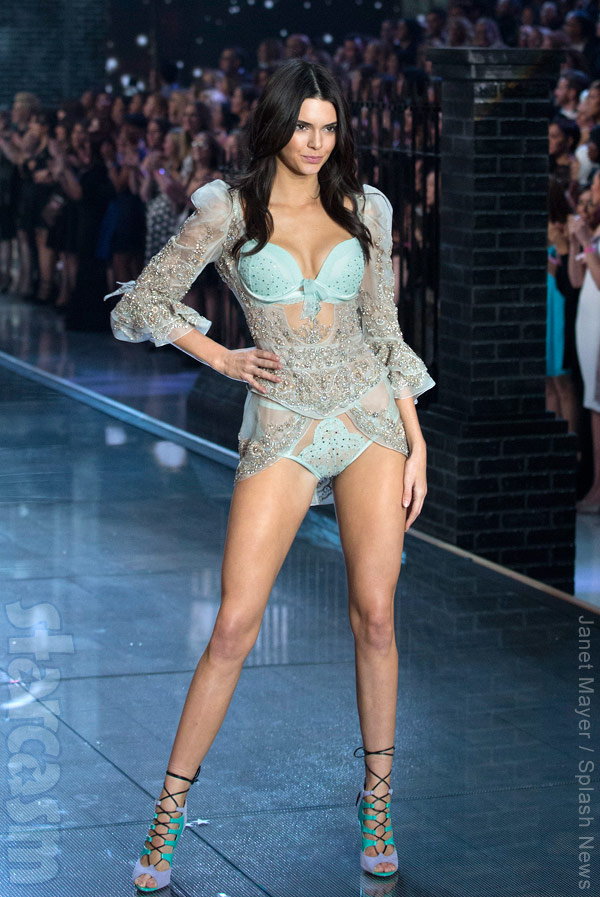 And in case you were curious, yes we have Kendall coming and going in both looks: 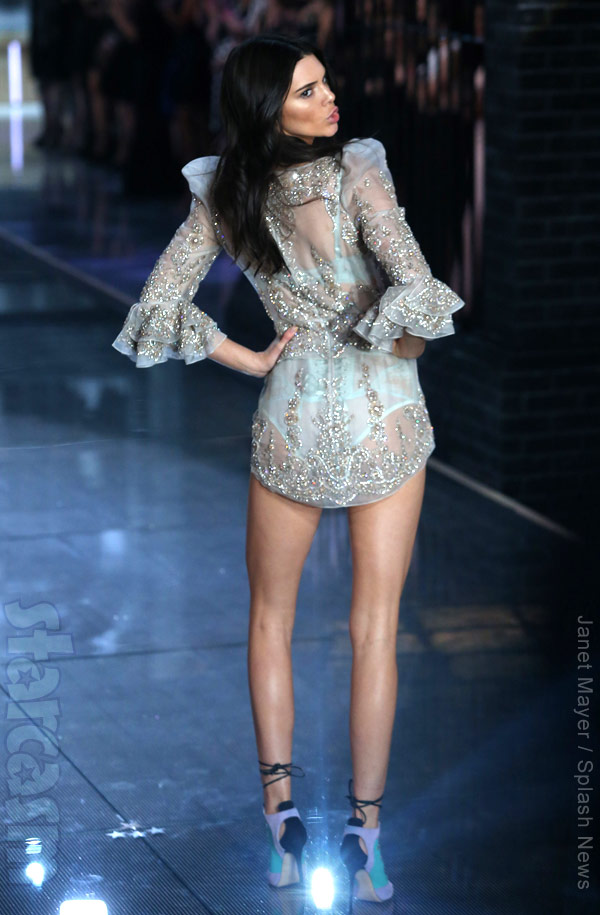 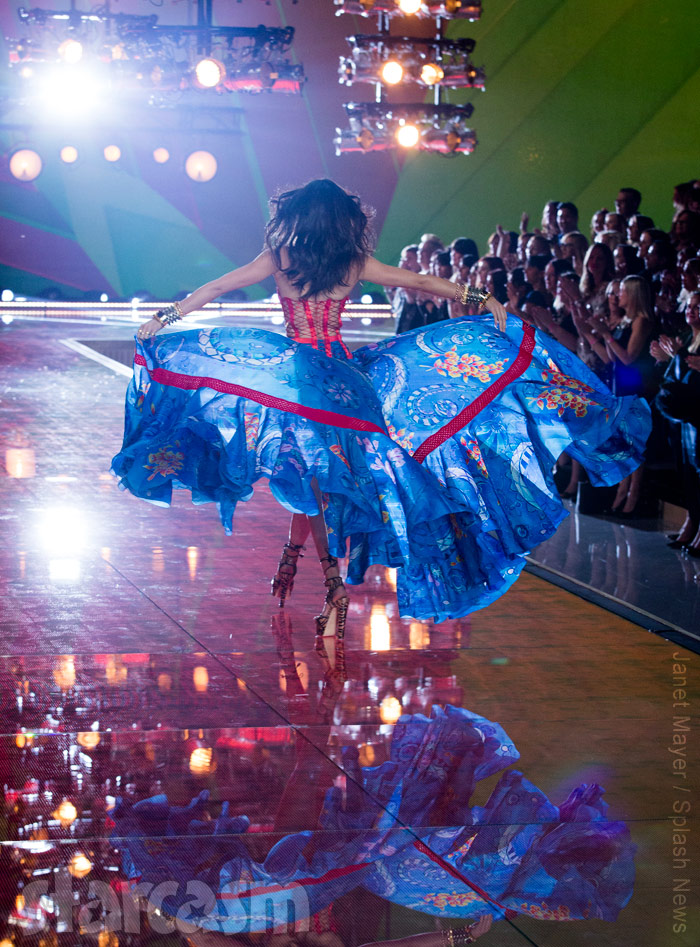 Kendall spoke with E! News backstage prior to hitting the catwalk, and confirmed that appearing in underwear in public — even on such a big stage — was not what had her worried. “It’s kind of strange to say it, but I’m more nervous about tripping or slipping than I am to be wearing lingerie, but it’ll all be good,” she said.

And speaking of Kendall backstage before the event, we’ve got that for you too! 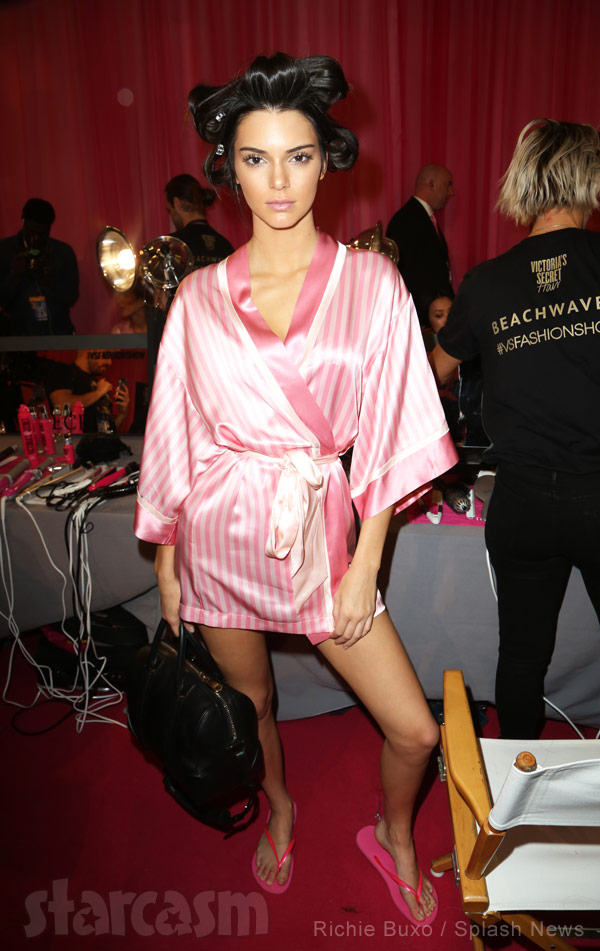 And some more via Getty Images:

UPDATE – A congratulatory and supportive message from sister Kim Kardashian:

My angel!!!!! ?? you started modeling because this show was your dream & I am such a proud sister just knowing you never gave up & made all of your dream a reality! Congrats @kendalljenner on walking in the Victoria Secret Fashion Show!