There are eight new houseguests for Season 13 of Big Brother but you may not notice seven of them thanks to eye magnet Cassi Colvin – a 26-year-old lingerie and swimsuit model originally from Dallas, Texas. A search of Cassi’s name online turns up a portfolio of sexy photos that goes on for days – including high-profile shoots for the likes of retailers Neiman Marcus, Kohls,Nordstrom and Dillards with her image appearing in pretty much every major fashion magazine including Glamour, Allure, Cosmopolitan, Marie Claire, In Style, Lucky, Seventeen, Woman’s Day, and People.

Cassi’s got a body that will assuredly boost Big Brother Live Feed subscriptions by at least 20% in hopes of some steamy after-hour shower scenes, and she’s got a pair of peepers (that’s eyes folks) that will have every BB fan boy in the country falling in love before the first hour of the Premiere on July 7 is over. All of that being said, perhaps providing biographical information is a rather pointless endeavor – but that’s what we do, so here goes… 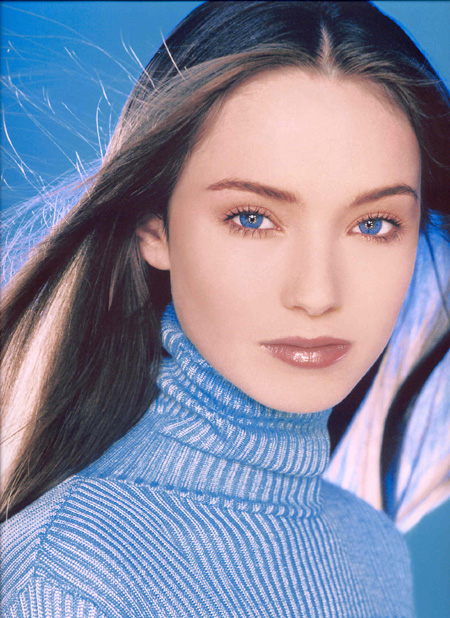 ^ Cassi Colvin modeling photo from when she was 15

Cassi got her start in modeling shooting a catalog for J.C. Penny at the age of 11. “I can remember getting the call that I was going to work for them, and you’d of thought I had won the lottery. I didn’t think life could get any better than that!” Cassi says in an interview with Model Portal.

By the age of 13 she had signed with the Kim Dawson modeling agency and later would also ink deals with Fashion Management (Milan), Irene Marie (Miami), Uber-Warning (Los Angeles), Trump Model Management (NYC) and ELITE (Chicago) – deals that have taken her all over the globe for photo shoots in Australia, Hong Kong, Italy, Germany and Mexico. About the only thing – aside from winning Big Brother – that Cassi hasn’t been able to put on her resume? Modeling for Victoria’s Secret. From a 2006 interview for Model Portal:

“It’s a small infatuation of mine! I don’t get too carried away over much, but if I landed something with them, pure hysteria! There’s plenty of other campaigns I would shed tears over, but Victoria’s Secret has definitely been top of my list for years.”

And just in case you’re worried about Cassi just being a stereotype of a full-time model, she’s right there with you! “It’s unfortunate to say that a lot of the stereotypes people place on this industry are true: the cattiness, attitudes, party life, etc…” she says. “However, there are exceptions to every rule and I’m sure plenty of the girls I see and love, would turn out to be real people, who realize their luck in making a living in this business.”

And Cassi is quick to point out that none of her success would have been possible without a massive amount of support from her dad all along and eventually her “realist” mom later on. (Remember this interview is from five years ago when Cassi was only 21)

“I am insanely close to my parents. My dad will tell you [that] he’s been my biggest fan since the beginning! When I told him at age 9 or 10 that I wanted to be a model, he made it happen. I don’t regret getting into the business so young, yet one downside of this has been the frustration of trying at something for so long and not getting results quick enough. Because I have been modeling for so many years now, whereas most people my age are just getting started, many times I have to step back and remind myself that I’m still young, and that there is still plenty of time. I’m really just entering my prime years to make this happen, and my dad reminds me, when I’m down or frustrated, of all the good fortunes I’ve had so far. He’s always encouraging me to “keep truckin’.” 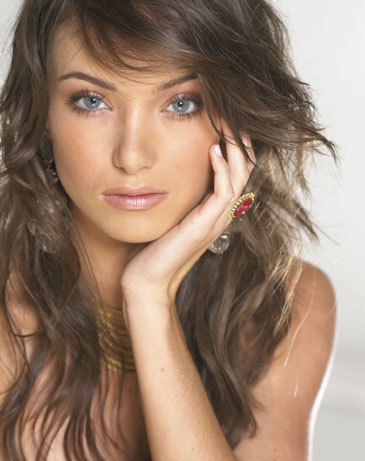 “Now my mom was a little skeptical of the whole modeling thing in the beginning. I was one of those overachievers in high school and when it came down to traveling or going to college, my mom was of course concerned with me “throwing away” all that I had worked for to try and follow a dream that’s so competitive, ever-changing, and where there are no guarantees. My dad’s the dreamer whereas my mom’s the realist. I will say that the past couple of years, we’ve won her over to our side and now she’s right there with my dad, encouraging and supporting me! They both know how badly I want this and how happy I am doing it. I know they’ll both be reading this at some point… I just want to tell y’all how blessed I am to have the two of you as my backbone. I can tell y’all everything without judgment and know that your love is never-ending. I’d be lost without you both, and can only hope to be to my own children, what y’all are to me. I LOVE Y’ALL!”

If you weren’t a model, what would you be?

“This is at the extreme other end of the spectrum, but I always wanted to work in forensics! I love to watch true crime television and see the whole investigation evolve. If not for modeling, I would probably be doing something in this field. Another dream of mine has always been to become a country western singer! Not sure how it sounds to everyone else, but I guess my voice is decent. Yet it’s probably best that I stick to karaoke!”

And an important question for any Big Brother contestant, as far as once the season is over, is how do they handle criticism. Cassi tackled that one in regards to modeling when asked if she ever gets harsh criticism and how she deals with it.

“Harsh criticism, absolutely. At this point, I’ve learned to let alot just roll off my back. It is a hard thing to do, getting into a business where you’re under scrutiny all the time. My image is my livelihood, but at the end of the day, I’m the one that has to live with me and love me. A job’s a job.”

And what’s Cassi like on a day-to-day basis? (Pretty important for BB fans!) She sort of answers that when asked to describe her personal style.

“Personal style… umm? I’m very low maintenance. No makeup and hair air-dried straight out of the tub is the way to go! As far as dress, I just wear what’s comfortable. I wouldn’t say I’m too into fashion. I do have a million pairs of jeans. Those along with some Justin Boots and a tank top, is my typical attire. I do enjoy being a girl and gettin’ done up every now and again!”

^ Let’s hope Cassi Colvin packed some of this lingerie for Big Brother!

So what does Cassi like to do when she’s not melting camera lenses or avoiding eating slop in the Big Brother house? (All you hetero guys might wanna skip this part – it’s a bit too much really)

This is one question I could carry on about. I absolutely love coming from Texas and everything that goes with it. Don’t get me wrong, I wasn’t raised as some country bumpkin in a little town no one knows of, but I would love to retire in that fashion! At home, I camp, fish, and as of recently, even hunt a little bit. l love riding four wheelers and being outside in the heat. Anything that involves wearing a bandana, jeans, boots, and no makeup appeals to me. One other little hobby of mine that most find crazy is that I really enjoy mowing the yard and trimming hedges. I’m lookin’ for some property out in the east Texas Hill Country, and I would be tickled to ride around on my tractor and raise cattle! While I’m doing that, my husband can prepare the meals and raise the kiddos! Dreams come true.

Have you met any celebrities? Are there any you want to meet?

“No comment! I have always had a little crush on Matthew McConaughey. He’s a down home southern boy that travels around living in his little mobile trailer, yet he’s a successful movie star! I’d be tickled to encounter him one day… maybe at a Longhorns football game! I’m watchin’ for you Matthew.”

What are your words to live by?

“Persistence. Dream it, believe it, it will be. You choose your destiny, don’t let ‘no’ be your fate.”

So does this flawless superbabe have any weaknesses? She answers that and a couple other questions on her official CBS Big Brother profile:

“Heights! I don’t care for insects or snakes, but for the sake of the game, bring them”

What do you think will be the most difficult part about living inside the BIG BROTHER house?

“It will be hard to be cut off from the world for (hopefully) three months, but what are a few months in the grand scheme of things?”

Strategy for winning BIG BROTHER: “I’m going to play the same way I live – be sweet and kind to everyone but always remember it’s a game and everyone’s in it for themselves. My plan is to stay neutral, fly under the radar, don’t be a threat and play well in competitions.”

I hate to say it but I think I have a favorite. That is unless it turns out she has Rachel Reilly’s laugh…

Ah heck, even with Rachel’s laugh I’m going to be pulling for this woman: