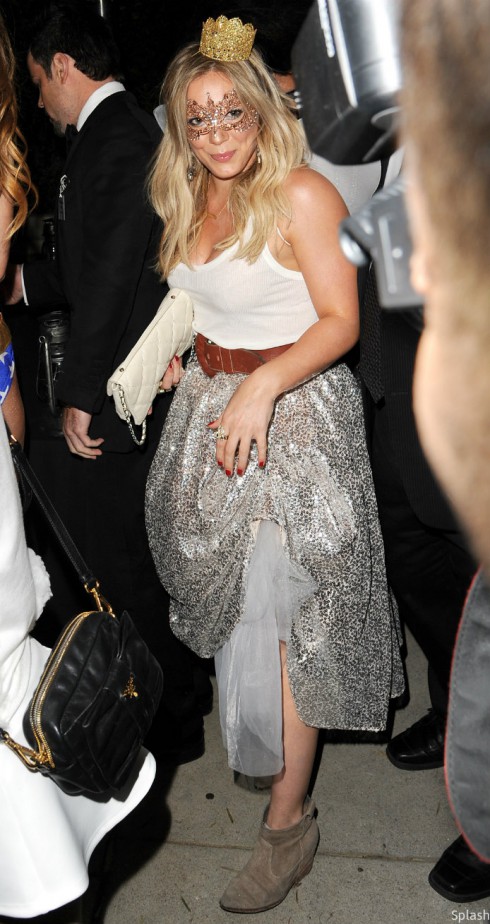 Hilary Duff went as a “sexy tooth fairy” to the Casamigos Halloween party on Friday — but she didn’t go alone: Estranged husband Mike Comrie also attended, reportedly in the coordinated costume of a dentist. (I wouldn’t guess their costumes based on the pictures alone, but that’s what Us Weekly says they were.)

On the way out, the exes were pictured holding hands. They also reconvened the next day to buy Halloween decorations with their son, Luca. 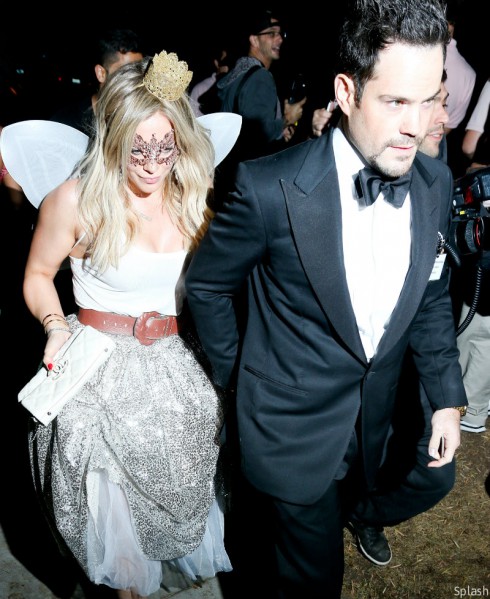 After announcing their separation in January, Hilary and Mike have sparked reconciliation rumors several times — including when they looked friendly at Coachella. Around the time of that meeting, several sources said Hilary and Mike were hooking up and talking about getting back together. However, Hilary denied those rumors in July when she was promoting a new single.

“I’m separated from my husband right now, which has been a very difficult thing to go through, but we have a lot of love for each other and we have this beautiful baby,” she told Billboard, explaining a song on her upcoming album is “about my separation and my love for this person, that maybe we’re not meant to be together, maybe we are. It’s very, very personal.”

“I mean, if there wasn’t a chance for getting back [together], I think we would’ve filed for divorce,” she said. “We’re just really laid-back, and we’re like, ‘Well, whatever happens, happens.’ Once we’re tired of doing this, we’ll either make this choice or make this choice.”

In the meantime, speculation about their relationship status has helped get Hilary’s name back in the news — right in time for her music and acting comeback.

MARRIED AT FIRST SIGHT Are the Season 7 Dallas couples still together?