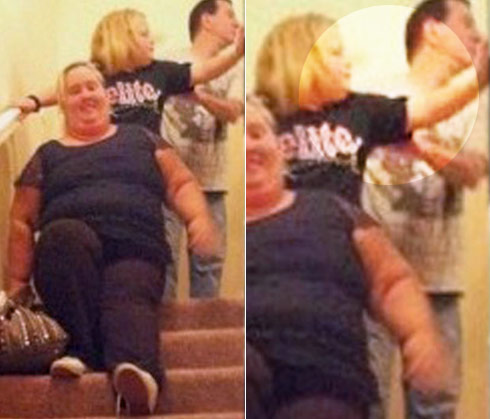 The scandal that has overrun the family from Here Comes Honey Boo Boo, involving the alleged rekindling of a romance between matriarch Mama June and convicted child molester Mark McDaniel, has folks wondering if the State of Georgia will step in and remove June’s daughters who still live at home from the situation.

When posed this very question, a spokesperson for child and families in Georgia told People:

“Generally speaking, when we receive a report that children are living around a sex offender … it would certainly rise to the level of concern of us looking into it. From our point of view, when there are young children who are not able to protect themselves that are in daily contact or living with a sex offender, someone would go out and assess the situation and decide whether the children can stay there or not. If we thought a child was in harm’s way in any way, shape or form, we would develop a safety plan and make sure the children are not around an offender.”

June’s older daughter, Anna “Chickadee” Cardwell, confirmed that she was the child for whom Mark McDaniel had been sent to prison for molesting. The crime occurred when Anna was 8-years-old.

Due to privacy laws, the spokesperson was unable to confirm if there were any investigations into the allegations against Shannon.