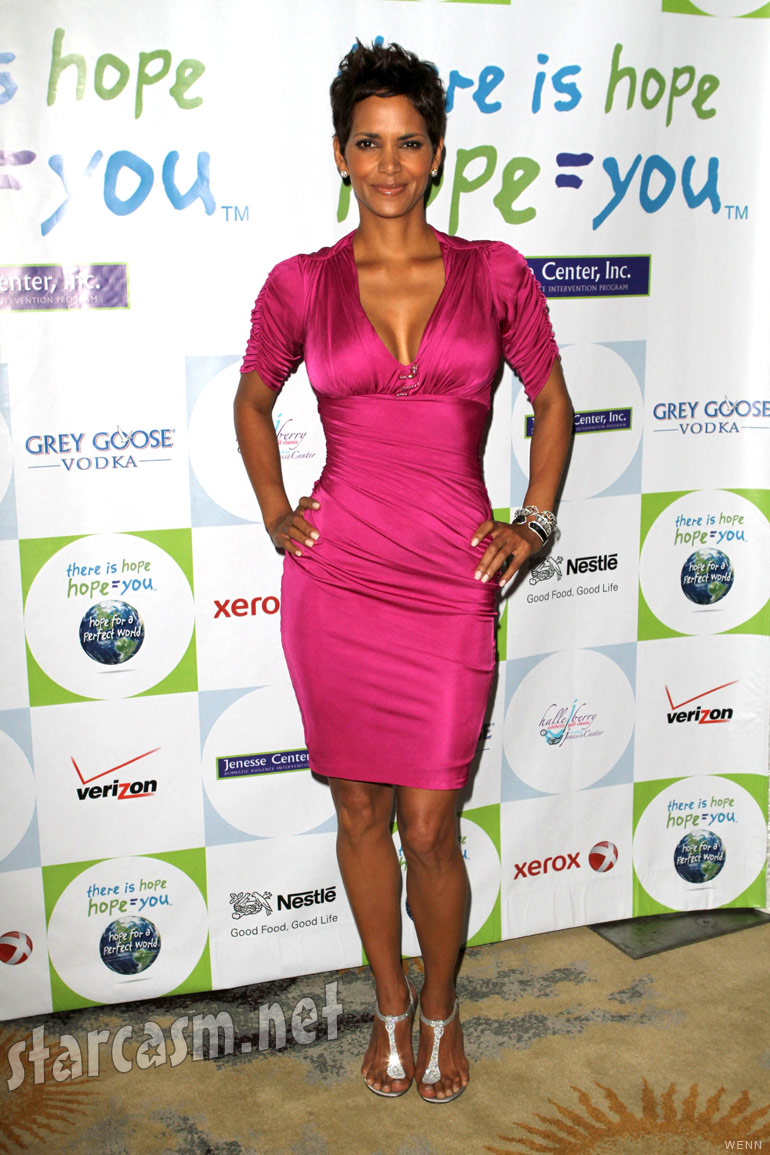 I’ve always been of the opinion that Halle Berry is one of the most beautiful women on the planet, but even I was a little startled when I saw these photos of the actress and activist in a hot pink midriff-squishing dress at the Silver Rose Gala earlier today! My eyeballs felt like they were spending the day at Six Flags as they went up, down and all around the curvaceous visual roller coaster ride.

Also in attendance (and someone probably used to a completely different Halle Berry roller coaster ride) was Halle’s new man, Olivier Martinez, who had to stand at a distance and sort of leeeeeeeean into the Halle hawtness: 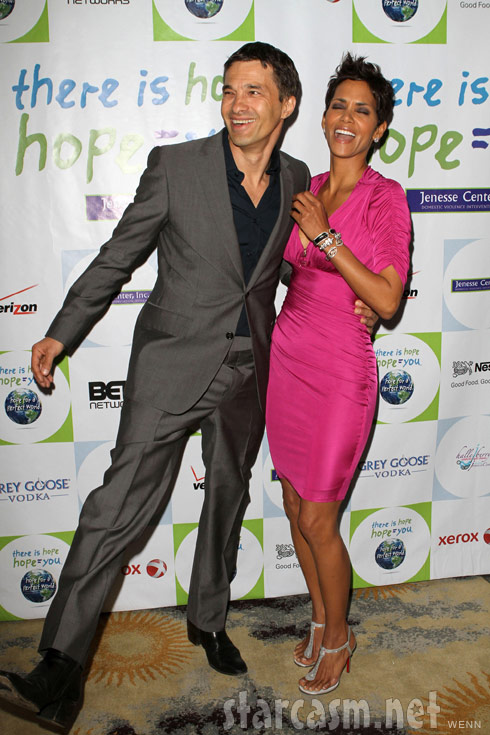 According to numerous reports it has been Halle Berry leaning on Olivier of late as the 44-year-old mother struggles with a difficult custody battle with her ex Gabriel Aubry, which has reportedly caused her to back out of the Broadway production of Mountaintop about Martin Luther King, Jr. But Halle seemed to be able to leave all of the stress behind at least for a night as she looked absolutely radiant and thrilled to be honored at the event:

As your eyes go on the Halle Berry thrill ride let me provide a little background on the Silver Rose Awards Gala. Sponsored by the Jenesse Center, the oldest domestic violence intervention program in Los Angeles, the Silver Rose Weekend is an annual forum at which the Jenesse board members, staff, and community leaders “come together to honor those who make a difference” in helping to end domestic violence.

In addition to a charity auction and a golf tournament hosted by Halle Berry, the group also holds an awards gala in which they honor a particular person for their efforts in raising awareness for the cause of domestic violence. This year’s honoree was the Jenesse Center Chairperson, Halle Berry. 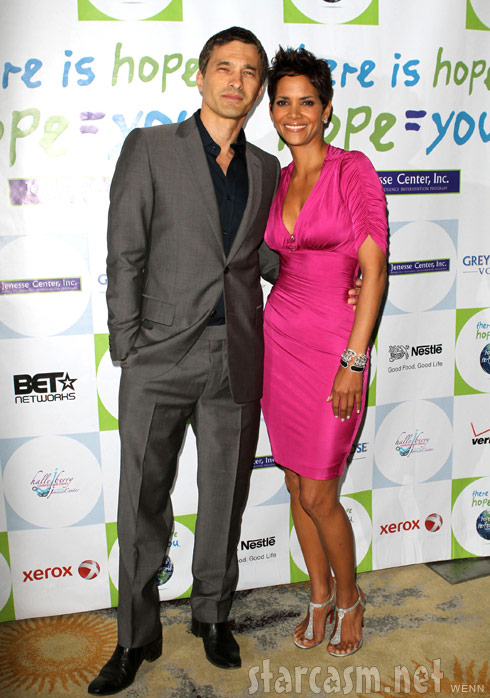 Congratulations to Halle – she certainly deserves the honor after so many years of promoting the cause of ending domestic violence. And it was great seeing her looking so happy given the stressful custody battle with her ex. In case you wanted to do your part to help out the Jenesse Center, check out their web site at Jenesse.org. From the site:

Jenesse Center, Inc. is the oldest domestic violence intervention program in South Los Angeles. The Center was founded in 1980 by five African American women who were survivors of domestic violence. Our mission is to provide victims of domestic violence with a comprehensive, centralized base of support to assist them in addressing their immediate crisis and changing the patterns of their lives.

What’s that? Oh yeah, more Halle Berry looking amazing! Get your neck brace on and prepare yourself for a looooooooooooooooong last look:

Halle Berry shares the secret to her perky assets