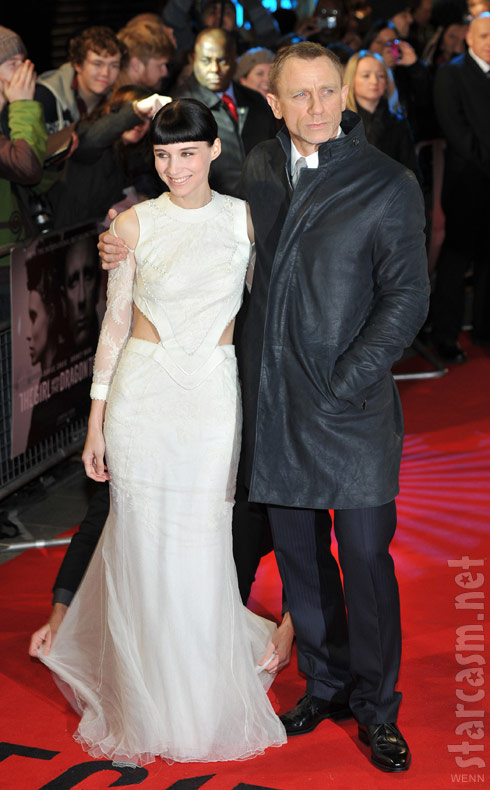 In the year’s most anticipated non-teen film adaptation actors Daniel Craig and Rooney Mara assume the iconic roles of journalist Mikael Blomkvist and the planet’s favorite tech-savvy petite Goth badass, Lisbeth Salander, from the Millennium Trilogy of suspense novels by author Stieg Larsson in The Girl With The Dragon Tattoo, set to be released in the US on December 21.

Both stars were on hand earlier today for the film’s world premiere held at Odeon Leicester Square in London, England. Abandoning the gritty noir appearance of their characters, Craig and Mara were nothing short of ravishing on the red carpet! (Actually Daniel Craig kinda looks like Blomkvist no matter what he’s wearing.) 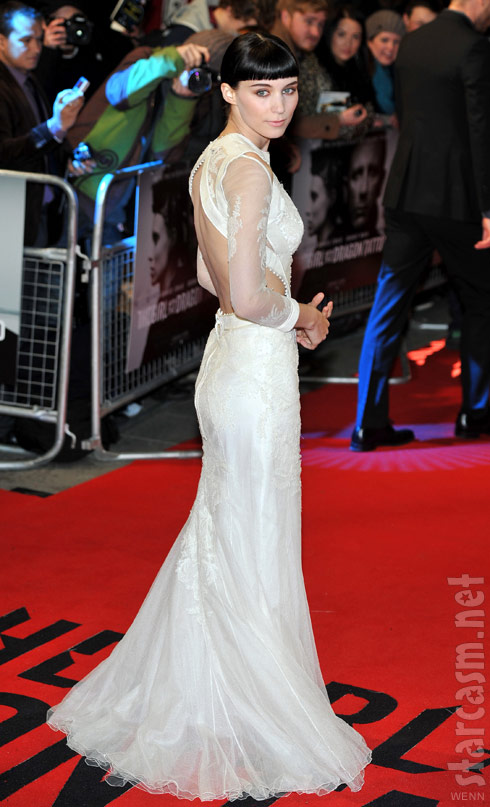 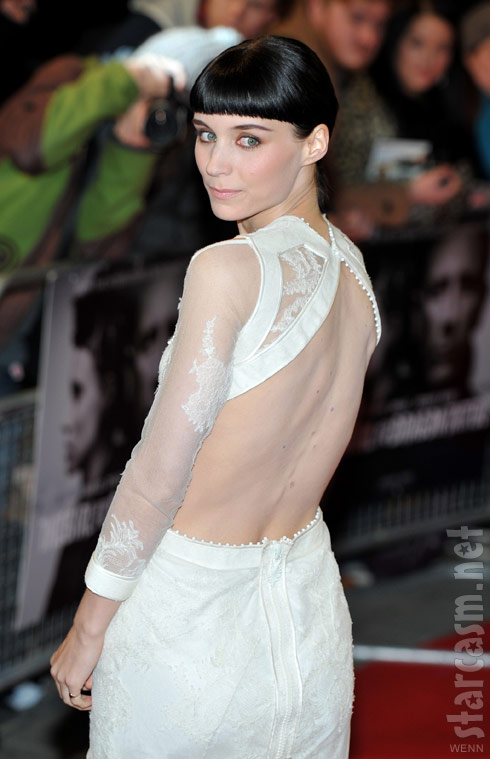 Perhaps it’s because Rooney Mara oozes a bit of toughness naturally, but you can still see a little Lisbeth Salander shining through the formal attire. (I can’t remember the last time I saw bangs like that!)

I suppose it would have been expected and cliche, but I really think Mara should have been rocking the massive dragon tattoo on her back! 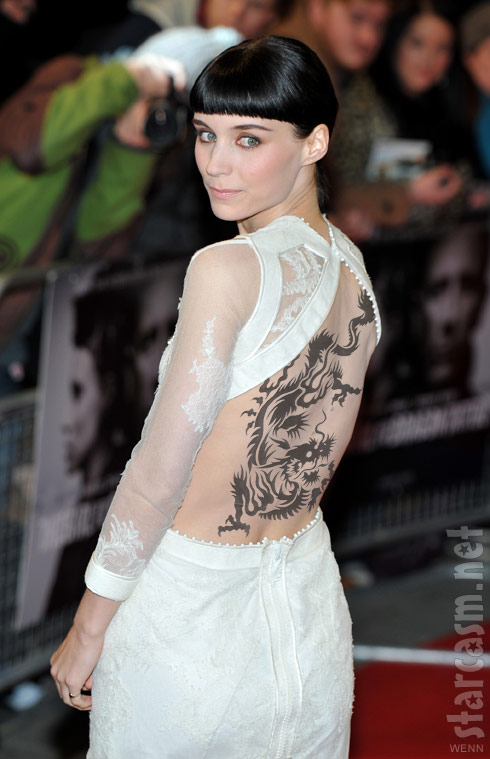 Fans of the books have had nothing but praise for the trailers and images released by MGM, which must be a relief for director David Fincher who encountered a wall of pessimism after the announcement was made that there would be an American version of the film. (The entire series was already adapted for the big screen in the critically acclaimed Swedish trilogy directed by Niels Arden Oplev and Daniel Alfredson with Noomi Rapace as the iconic Lisbeth Salander.) 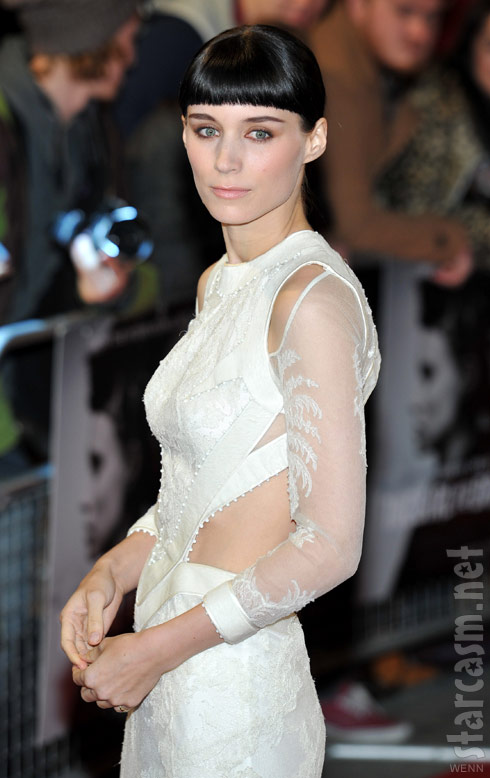 Readers were fearful that an American adaptation would surely be toned down and prettified for the mass American audience, fears that all but vanished when MGM began releasing the first dark, gritty images and clips from the film. Here is a still image of Rooney Mara in character as Lisbeth Salander – quite the contrast from the premiere red carpet photos! 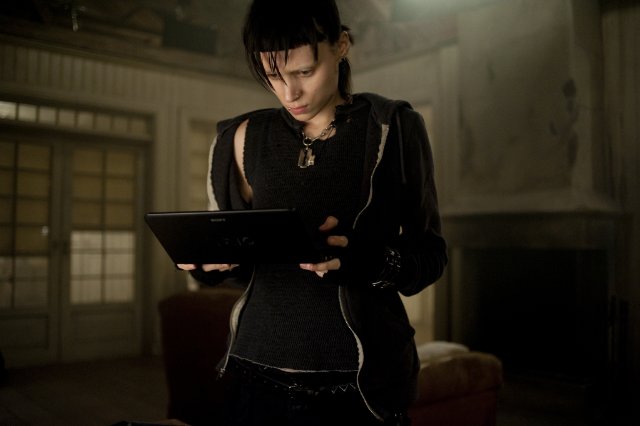 So are any of you as excited as I am about seeing The Girl With The Dragon Tattoo?!? Need some help getting that adrenaline pumping? Here ya go!