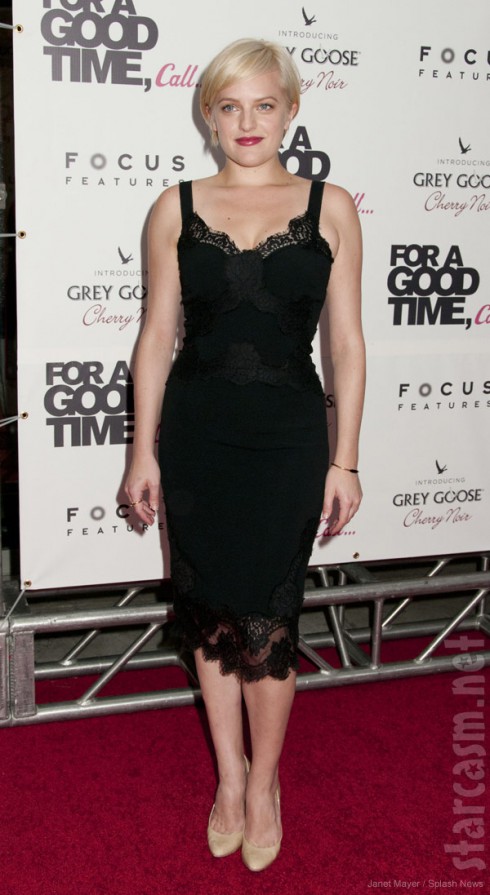 August is apparently the month for drastic hair changes! (See: Lady Gaga, Miley Cyrus, Catelynn Lowell) The latest celeb to give her skull rug a complete makeover is (former?) Mad Men actress Elisabeth Moss, who followed the lead of Miley Cyrus by going with a really short and really blonde look.

The former brunette showed off the new ‘do at the New York City premiere of For A Good Time Call… Tuesday night:

Here is her new look from three different angles: 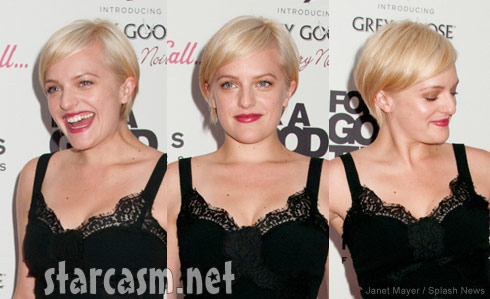 Elisabeth is no stranger to lightening her hair, having raised a few eyebrows with her fair tresses at the 2010 EMMY Awards, but this is the first time she’s gone this blonde and this short since she stormed on to the celebrity scene’s as Don Draper’s over-qualified assistant Peggy Olson in the first season of Mad Men.

So what’s up with all the shorter ‘dos? Is this snipper frenzy because of global warming or what? Is naturally long, dark hair soon to be a thing of the past?!? (If Sophia Vergara goes short and blonde I’m gonna start lighting candles and wearing a veil.) 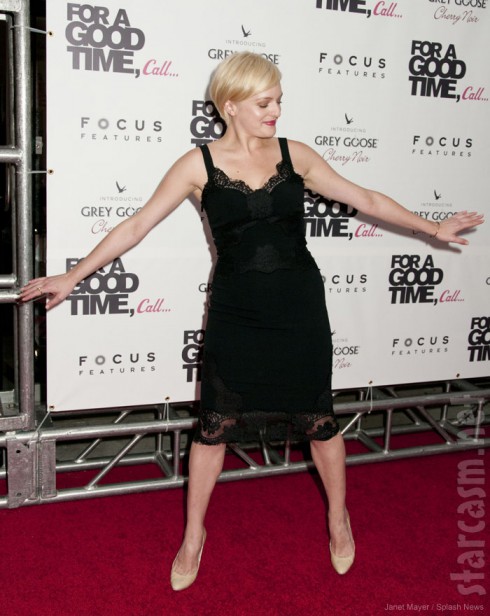 Climate and cultural shifts aside, I think Elisabeth looks pretty great! And although it’s unseemly for a respectable blogger to go to the most-used blonde hair cliche of all time, Elisabeth does appear to be having more fun. I’m just sayin’!

SPOILERS How is Mad Men going to end?

PHOTOS: Do you like Lady Gaga’s new brown hair?