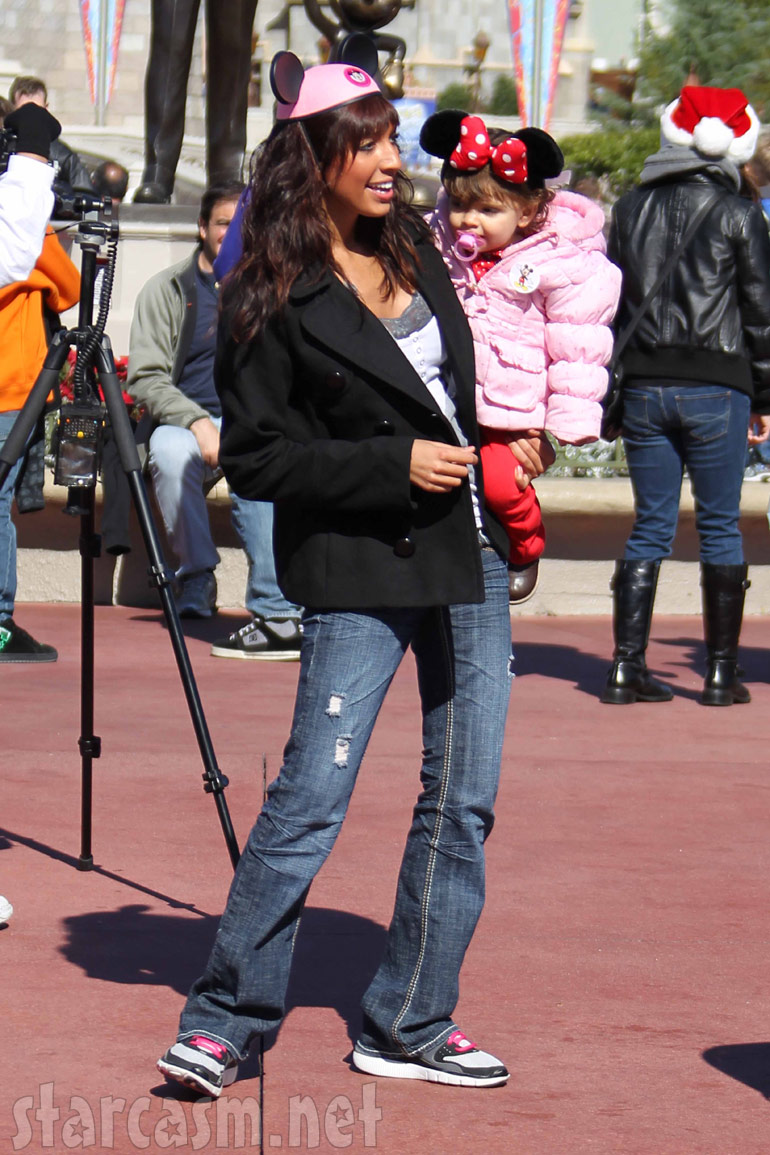 Leaving behind the frigid temperatures of her hometown of Council Bluffs, Iowa Teen Mom star Farrah Abraham, her daughter Sophia and mom Debra Danielson headed to Orlando, Florida for a fun-filled visit to Disney World!

In the above photo you can see Farrah and Sophia having a good time in their Minnie Mouse ears as Debra took pictures. The trio spent the day partaking in all sorts of Disney World fun, like going for a spin in the famous Dumbo ride and having their portraits drawn by an artist on the street.

You can click on the photo at the top for a larger image, but here’s a zoomed in shot of some serious Sophia adorableness anyway: 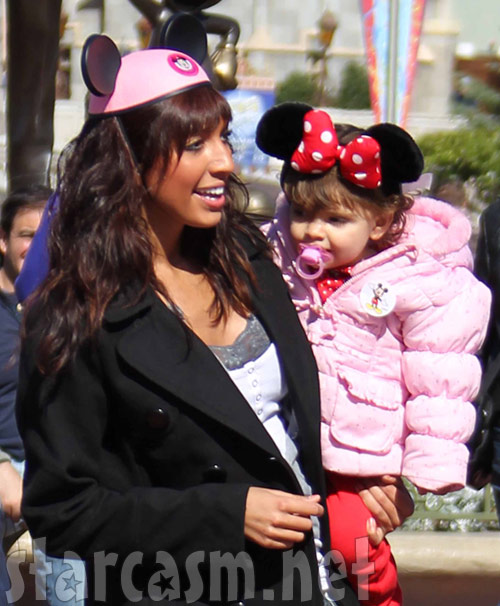 It doesn’t appear as though the MTV camera crew was around, so this little excursion might have been “off the radar” as far as Teen Mom Season 3 is concerned. I suppose we will find out soon enough!

As anyone who has taken a family vacation knows, it can be quite the stressful affair, so seeing Farrah and Debra together and in good spirits is a great sign! Perhaps the perpetual feud between mother and daughter has reached a true cease fire?

Hurry up Season 3! We need to know these things!