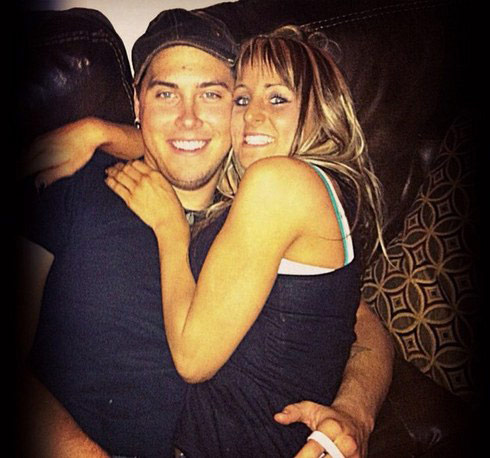 Okay, so everyone now knows that Leah Messer is expecting her third baby with boyfriend Jeremy Calvert (his first), and that they’re engaged. Now we have the details on their engagement, Leah’s ring, and ex-husband Corey’s response.

Jeremy told Reality Weekly magazine (in a story that included a HUGE photo spread, on stands now, BTW) that Leah helped him pick out the ring: “She and I had gone window shopping first, and then I had a buddy go with me to buy it.”

.) Jeremy works 6-7 days a week outside in a as a pipeline engineer, and doesn’t get paid by MTV (even though he’s been filmed for upcoming seasons.) In other words, contrary to the rampant conspiracy theories running about, the engagement and pregnancy are not reality television plot ploys. Sure, most of the taped conversations are planned, and sometimes reshot, but big life events like this aren’t scripted.

The internet exploded since news broke yesterday that Leah is actually pregnant with Jeremy’s child. She hasn’t confirmed the information herself to anyone, but Jeremy was broke the newsin Reality Weekly (out today!) via an exclusive interview. Lots of people have voiced strong opinions about the situation, but it seems like Leah and Jeremy are extremely happy and responsible.

Leah’s ex-husband and father of her twin girls Corey Simms hasn’t directly responded to the news, but his girlfriend Summer Tavarex spoke to Hollywoodlife.com. She said “I think Corey would be very supportive of it [Leah’s engagement to Jeremy] He likes Jeremy a lot. Jeremy is a good guy.” Leah and Corey are reportedly still getting along well according to our sources, and don’t let their interpersonal relationships get in the way of coparenting Aliannah and Aleeah.

Leah and Corey filed for divorce April 2011, just six months after they married October 2010. The divorce was finalized June 21, 2011.