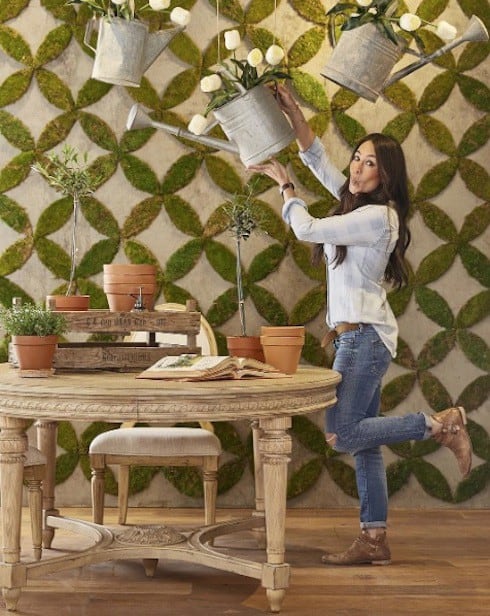 It’s been a week, but the viral spread of one special post from the Joanna Gaines blog shows no signs of slowing. Joanna shared a sweet photo of she and Chip’s daughter Emmie staring out the window in her bedroom, and captioned it with a message of love and hope for all present and future parents. Though Joanna’s blog posts and social media updates (and, technically, this viral story comes from social media) often get thousands of likes and shares, this particular update might be Joanna’s all-time most popular.

For starters, the photograph Joanna shared is typically warm and beautiful, and evokes a sense of wonder and mystery befitting its subject. The little girl is 8-year-old Emmie, Joanna and Chip’s youngest: 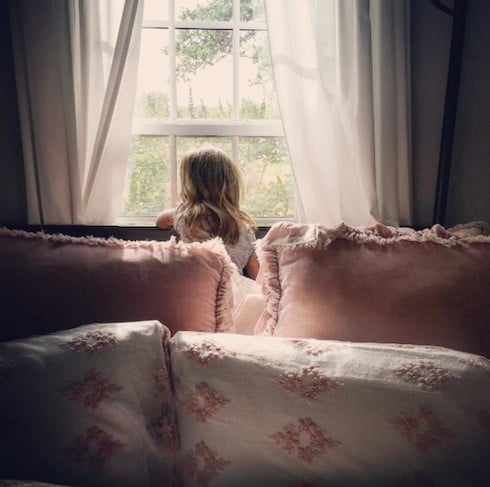 And the photo, which you can see in its original form here, was captioned with the following words:

There’s an Adonis blue butterfly bush I had planted by the girls’ window almost five years ago when we were renovating the farmhouse. I wanted butterflies by the girls’ windows that they could see and enjoy. I never told them about the bush and honestly I forgot about it over the years. This morning I found my little Emmie sitting by her window looking excitedly at the bush and saying “Here she is! My little hummingbird comes every morning mom!” First, I didn’t know she looked out for her bird every morning. Second, I forgot all about the bush and never told her if she looked out the window she would see the prettiest butterflies and hummingbirds gathered around it. It’s hard not to think this is a lot like parenting… You sow seeds early on and work hard to be intentional and then over time you move on to new lessons and challenges. Then one day you look up and the seeds you planted in your little children’s hearts are now in full bloom. Be encouraged today to keep pressing in and tending to their hearts. It will be worth it.

As of today, the post has over 200,000 likes on Instagram, along with 440,000 likes (and loves, and shocked faces) on Facebook, where it’s also racked up 78,000 shares. In addition, both versions of the viral Joanna Gaines blog post have thousands upon thousands of comments, and it’s not hard to see why: the sweet, optimistic message matches perfectly with the quiet beauty of the photo, and offers a promise of hope in an increasingly fearful world.

Though there’s still no premiere date for Fixer Upper Season 4, marathons of the show air Tuesdays on HGTV.

RELATED ARTICLES: Everyone rejoice: Chip and Joanna are putting out a Fixer Upper magazine