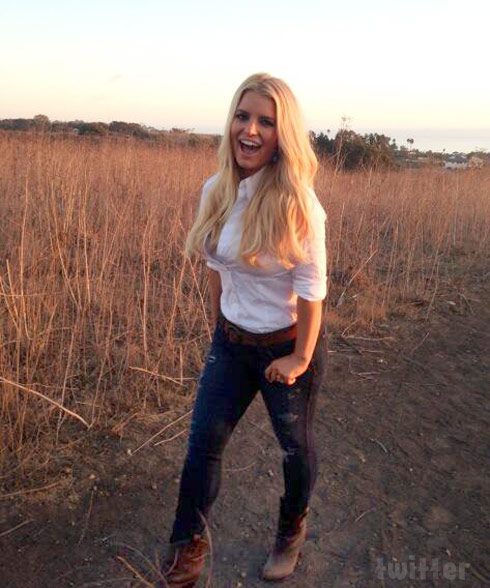 Ever since Jessica Simpson gave birth to her second child, she’s been seen in a lot of flowing, figure-hiding clothes—but it turns out that this is what she’s been hiding!

Jess revealed her post-baby body to fans with a photo from the set of a new Weight Watchers shoot. “Couldn’t stop smiling on set for my new @weightwatchers campaign today! #happy” she tweeted.

Can you blame her? It’s only been a little over four months since Jessica, who famously gained 60 lbs. during her first pregnancy with daughter Maxwell, welcomed son Ace.

“I didn’t gain as much weight in my second pregnancy, but I still gained a lot of weight,” Jess said during an interview with ABC News. “Any woman, dealing with their body after pregnancy, you look at yourself and you’re like, ‘What just happened to me?’”

Now Jessica has every reason in the world to look at herself and saying the exact same thing, followed up by, “I look amazing!” Because she does, and we’re sure it took a lot of work to get there. Good job, Jess!

What is A&E’s Intervention’s success rate?