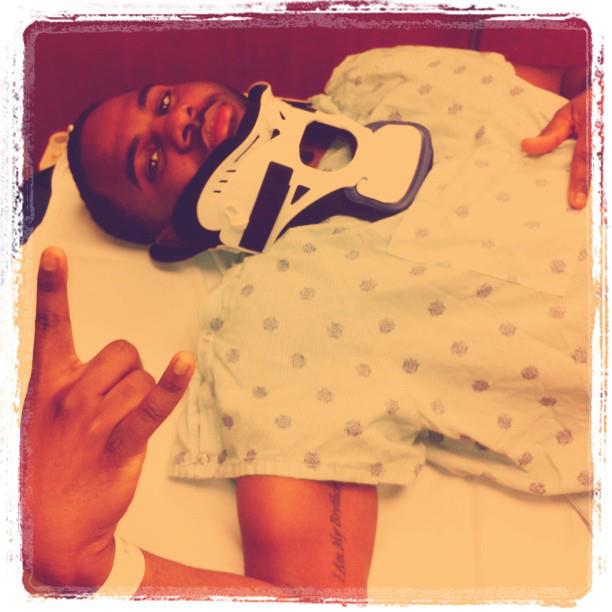 22-year-old Jason Derulo was rehearsing in Florida for his upcoming world tour when he injured himself performing an acrobatic stunt. The singer landed awkwardly on his head resulting in an acute fracture to his vertebra, almost paralyzing him. paralyzed

Derulo has reportedly been released from Memorial West Hospital in Pembroke Pines, Florida and was able to share a photo (above) along with a positive message for fans on his Facebook page:

The Future History World Tour was scheduled to kick off in Glasgow, Scotland on February 23 and was to wrap up at London’s Wembley Arena on March 1.

“To all my fans who planned to come to the Future History World tour, the pain of letting you down cuts me way deeper than this injury I’ve sustained. My fans mean everything to me, so I’m praying for a speedy recovery in order to perform for you in the near future.”

Doctors informed Derulo that the injury could have resulted in permanent paralysis and that he would need to wear a neck brace for the next few months.

The injury must be heartbreaking for Derulo whose career is really taking off at the moment. Hopefully he will be shed of the brace soon and back on the stage and/or in the studio where he belongs!