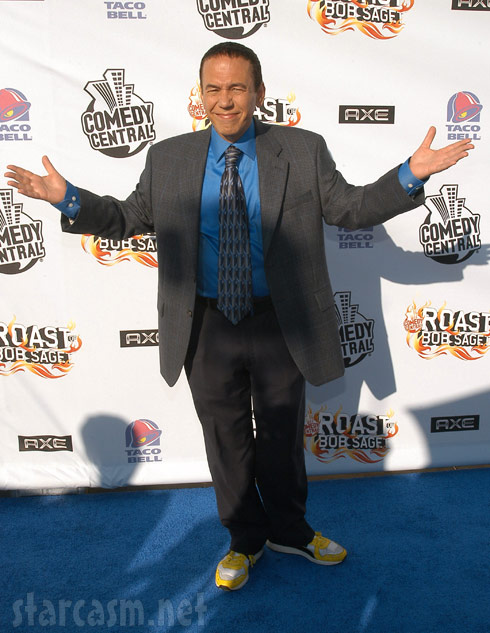 Squelch-voiced comedian Gilbert Gottfried has reportedly been fired as voice of Aflac’s duck mascot after tweeting a series of insensitive tsunami jokes over the weekend.

Aflac Chief Marketing Officer Michael Zuna responded by stating, “There is no place for anything but compassion and concern during these difficult times.”

The remarks were particularly troublesome for the insurance company because 75 percent of their business comes from Japan. CEO Daniel Amos flew to Japan on Sunday and Aflac has announced that it will be giving $1.2 million to the Red Cross.

The tweets in question have since been deleted by Gottfried but for those of you curious to know what all the hubbub is about, here are ten samples of the tasteless jokes he posted over the weekend:

Japan is really advanced. They don’t go to the beach. The beach comes to them.

Japan called me. They said “maybe those jokes are a hit in the US, but over here, they’re all sinking.

I f***ed a girl in japan. She screamed “I feel the earth move and I’m getting wet.”

My book #rubberBallsAndLiquor was released in japan. It’s making quite a splash.

What does every Japanese person have in their apartment? Flood lights.

I asked a girl in Japan to have sex with me. She said “okay, but you’ll have to sleep in the wet spot.”

What do Japanese Jews like to eat? Hebrew National Tsunami.

I was talking to my Japanese real estate agent. I said “is there a school in this area.” She said “not now, but just wait.”

My Japanese doctor advised me to stay healthy I need 50 million gallons of water a day.

I just split up with my girlfriend, but like the Japanese say, “They’ll be another one floating by any minute now.”