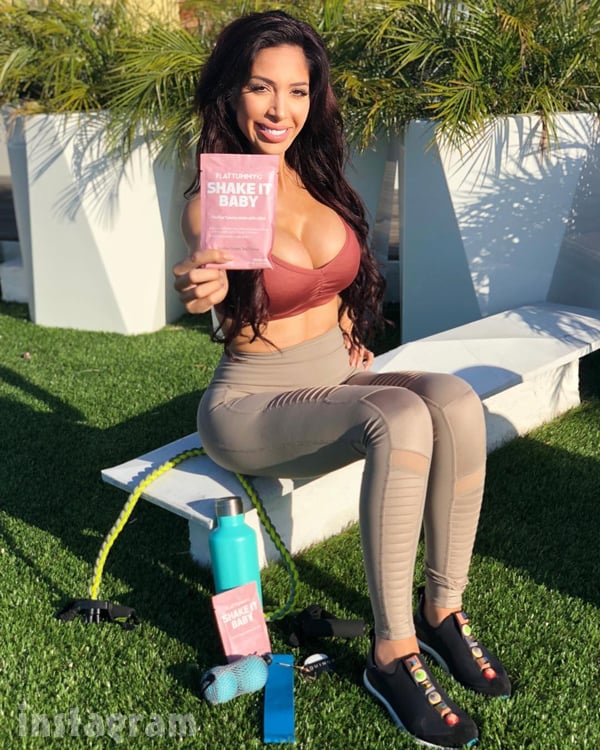 It’s been more than eight months since former Teen Mom OG star Farrah Abraham debuted her red hair at the Crazy Horse III Backdoor Key Party in Las Vegas, but it seems the soon-to-be feature film subject got a bit nostalgic for her true color, as she’s since returned to her brunette roots.

Farrah first revealed her crimsonless locks in an Instagram stream of her post-“designer vagina” surgery check-up with Dr. Sheila Nazarian. And Farrah later shared a photo of her back-to-black look with a post promoting Flat Tummy Shakes. In that photo (above), it is easy to overlook Farrah’s new hair, given some of her more attention-grabbing features, which are anything but flat.

Clearly, Farrah is using her marketing hustle here, knowing that her hair color change would only draw attention to her promotion — which certainly worked with us! So, as a nod to her savvy entrepreneurial Instagramming, here’s Farrah’s pitch for the shakes:

OK so I started my health kick a few weeks ago, and actually managed to stick with it this time ?? @flattummyco I’m impressed, cause that seriously NEVER happens. This Shake program is literally the easiest thing ever (thank god). And look how good my tummy looks! It’s definitely more toned, and surprisingly enough my bloating just hasn’t been an issue anymore. I’m 100% stocking up while their 20% off sale is still on. You should get yourselves some too. You won’t regret it!

If you remember, Farrah’s red hair came after a rather lengthy period as a blonde. In honor of the changes, we thought we’d put together a Neapolitan side-by-side-by-side triptych and see which you prefer: vanilla, strawberry or chocolate? And, in keeping with the ice cream theme, we made sure that each photo includes two scoops: 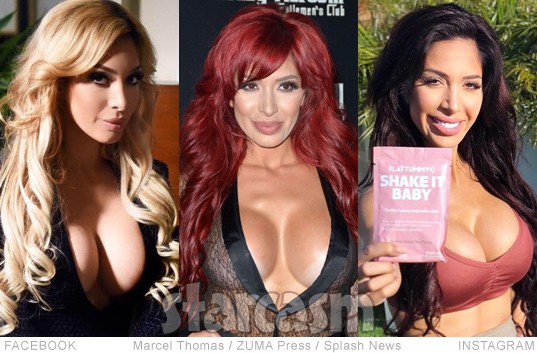 Let us know your choice by taking our Twitter poll:

#TeenMomOG @F1abraham goes back to brunette! Check out our Neapolitan side-by-side-by-side triptych of Farrah as a blonde, red head, and brunette and let us know whether you prefer vanilla, strawberry, or chocolate Farrah in our poll! https://t.co/xzCCq6tRfN
??‍♀️❓

I really wanted to prefer blonde or red, but I have to say I like Farrah as a brunette — although her boobs do seem to go better with blonde. Now I’m wondering how long it will be before Farrah decides to do a full Katy Perry and chop it all off…

Though it’s not nearly as exciting as the stuff going on in the top two-thirds of the photo, if you can tear your eyes away and look toward the bottom, you’ll notice Farrah is sporting a rather interesting pair of workout shoes: 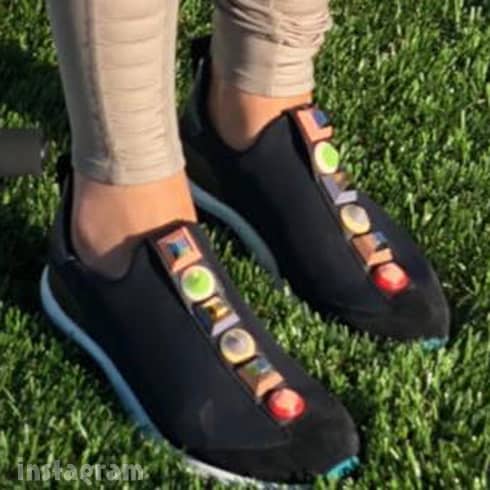 Any shoe experts out there wanna help identify those kicks?