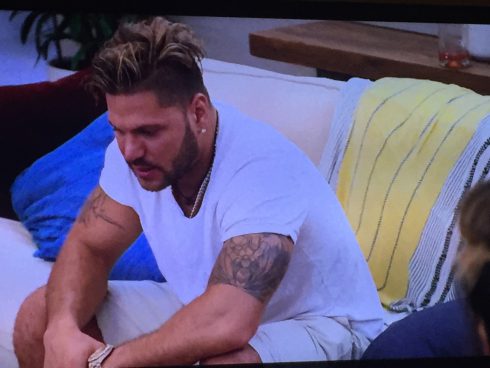 Last night’s episode of Jersey Shore: Family Vacation made it glaringly obvious why Sammi Sweetheart’s decision to not appear on the show was a wise one. During the episode Ronnie almost cheats on his pregnant girlfriend and then reveals to Snooki that he’s still in love with his ex Sammi! It was a mess and Sammi had a pretty blunt social media response to Ronnie’s drunken escapades.

The episode starts off with Ronnie almost cheating on his seven-months-pregnant girlfriend Jen Harley with a lady named Antonia, who he met in the club and brought home along with three other girls.

“You’re beautiful. You’re gorgeous. You’re going to get me into a lot of trouble,” an intoxicated Ronnie told the woman.

Thankfully, the rest of the cast was keeping an eye on Ronnie all night, and decided to intervene before he did something he regretted. “It’s not worth it,” DJ Pauly D told him.

Although Ronnie was in a locked bedroom with Antonia for a time, the cast believes he didn’t cheat with her. He ended up sending her off in a cab.

Sadly enough, Ronnie’s close encounters with another woman may not have been most heartbreaking situation of the night for Jen. A random hookup is a random hookup, but matters of the heart can sting the most. After everyone else went to bed Ronnie laid out his thoughts and feelings about his current relationship and his ex, Sammi Sweetheart, in a candid conversation with Snooki.

“You’re not gonna propose to her? I thought you were in love,” Snooki asked him. “So she’s not the one?”

“You’re being so negative. Why can’t you marry this b!tch?” Snooki responded.

“Because you f-cking love Sam,” Snooki finished with him. “I can’t. Listen, you need to stop. Stop. Babe, get over Sam. It’s been f*cking 10 years. The f*ck? Why are we still talking about this?”*

Ronnie and Sammi had a chaotic seven-year relationship. This past August, Ronnie told the press that he ended up cheating on her because she didn’t fulfill him. (Alcohol’s colloquial reputation as a truth serum isn’t for nothing.)

That was certainly true for Ronnie that night, as Sammi gave no consideration that cameras were rolling while he laid himself bare in front of his friend Snooki. “I don’t trust her for shit. I don’t,” he revealed. “So all I can do is act happy and be the best father I can be, and at the end of the day, I’m still f-cking miserable.”

“If Jen was not pregnant, I don’t know if I’d be with her,” Ronnie said, adding that “every man wishes that he can be with the love of his life by being with someone for seven years, and then you don’t end up with that person? Yeah, it hurts.”

As for Sammi? She’s not bothered by Ronnie’s unresolved feelings for her. She responded to the revelations from last night’s episode with a photo of herself and her partner Christian Biscardi looking goofy and happy. 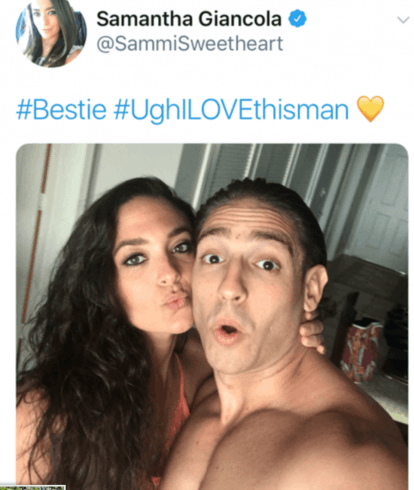