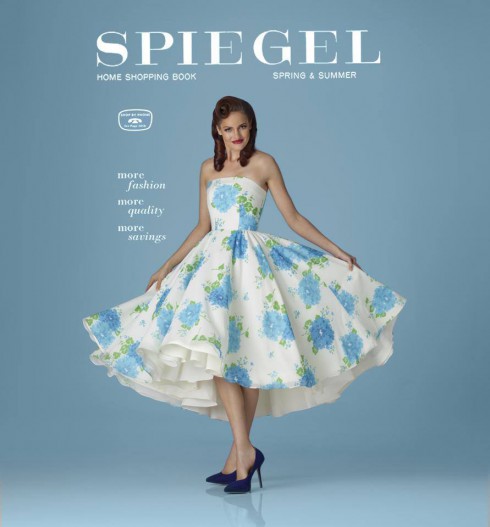 The five stars of TLC’s smash hit reality series Breaking Amish returned for another go, this time in a new state (Florida) and with a new title (Breaking Amish: Brave New World). In the first episode of the season, viewers caught up with aspiring model Kate Stoltzfus as she posed for a Spiegel catalog retro photo shoot. It seems the folks at Spiegel liked what they saw in Kate as they used her as the cover model for their 2013 Spring/Summer catalog, which was a remake of their 1958 Spring/Summer catalog!

Here’s the original 1958 cover followed by the two covers side by side: 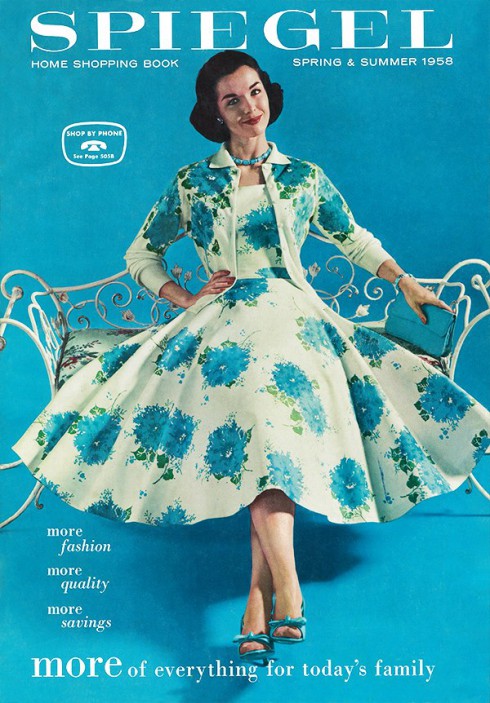 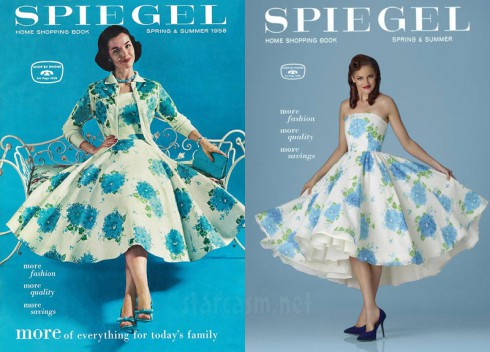 And a clip of Kate posing for the shoot from the first episode of Breaking Amish: Brave New World:

The man responsible for recreating the dress is designer and Spiegel international creative director Richard Lowe, who responded to positive comments on the cover and the dress on Facebook by writing, “Thanks ladies…it was fun to create it…” (You can read an interview with Richard about the history and future of Spiegel here) Other commenters were asking where they could buy the dress, to which Spiegel responded with, “This dress is one of a kind and will be saved in our archives. However, we will have many vintage-inspired pieces in our Fall collection you might enjoy.”

And just in case you were curious and wanted to know a little more about the 2013 Spiegel Spring/Summer collection, here’s a video with Richard Lowe that illustrates (literally at times) how the collection came to be:

Want to see more modeling photos of Kate from Breaking Amish: Brave New World? We’ve got you covered! Click here for one batch, and here for another, slightly newer batch!

* We’re still trying to figure out the identity of Kate’s modeling friend Sanika (sp?) who is featured often on the show, and as soon as we do we’ll try to put together a small modeling portfolio for her as well! (If you know Sanika and want to help us out feel free to email us at starcasmtips(at)yahoo.com)